By Beth McDonald on February 29, 2016 in Articles › Billionaire News

"My American dream was never to become a billionaire," said Huy Fong Foods founder David Tran to The Los Angeles Times in 2013. "We started this because we like fresh, spicy chili sauce." Tran's hot chili sauce, Sriracha, has exploded in popularity over the past several years, generating millions of dollars and cementing itself as one of the country's best-loved condiments. However, more incredible than the meteoric success of Huy Fong Foods and its signature hot sauce is the story of Tran, his humble beginnings, and his dream to create and sell simple, quality products.

Tran first began making homemade chili sauce in the 1970s in Vietnam. He filled recycled glass baby food jars with his first successful hot sauce, Pepper Sa-te, and with the help of family members, delivered the sauce to local restaurants via bicycle. However, after North Vietnam took power in the late 1970s, Tran fled with his family to the U.S., finally settling in Los Angeles to start their lives over. 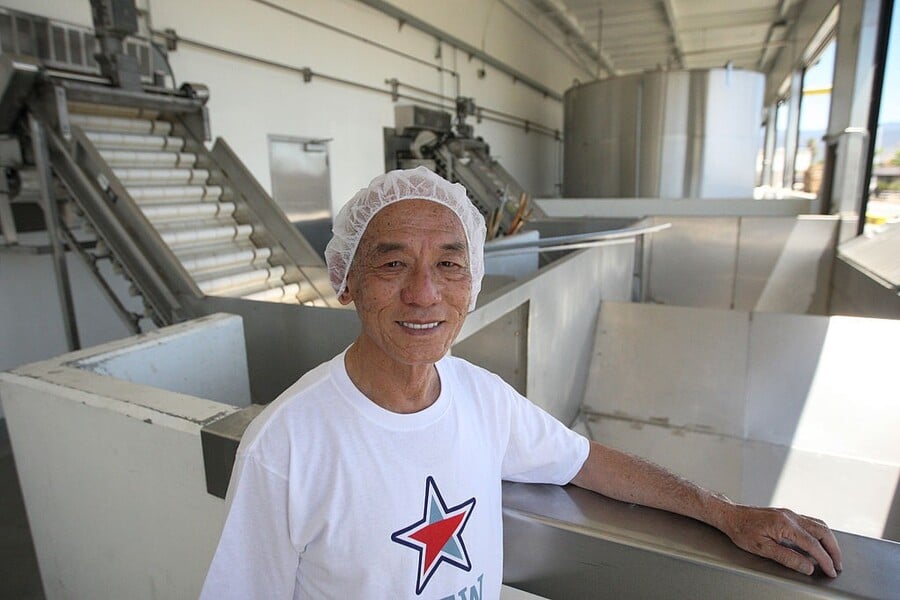 Unable to find a hot sauce that met his exacting standards, Tran decided to once again make hot sauce in the U.S. He named his company Huy Fong Foods, in honor of the freighter, Huey Fong, that brought him and his family to safety. He set up shop in a small 5,000 square foot building in Los Angeles, making his previously successful Pepper Sa-te sauce, as well as Sambal Oelek, Chili Garlic, and Sambal Badjak sauces. He also began producing Sriracha sauce using a new recipe he created based on sauces originating from a province in eastern Thailand.

Similar to the way he started out in Vietnam, Tran sold his sauces to local restaurants, delivering them himself by van every day. Soon, three products emerged as customer favorites, including Chili Garlic, a thick and chunky sauce made with garlic; Sambal Oelek, a ground fresh chili paste; and Sriracha, a hot sauce made from sun-ripened chili peppers, sugar, salt, garlic, and vinegar.

Despite never having advertised or marketed its products, the popularity of Sriracha and the other sauces prompted Tran to expand his operations after just seven years. He purchased a 68,000 square foot facility in Rosemead, California, and, after demand continued to outpace supply, he purchased a second 170,000 square foot building nearby. Demand exponentially increased in the late 2000s, according to Entrepreneur, when celebrity chef David Chang put Huy Fong's Sriracha sauce on the menu of his acclaimed New York restaurant Momofuku Noodle Bar. The sauce's popularity soon grew, with food magazines such as Cooks Illustrated and Bon Appétit showering it with accolades. Since that time, the love of Sriracha has spawned a veritable hot sauce movement – including several cookbooks, a documentary, hot sauce festivals, and a plethora of copycat products. 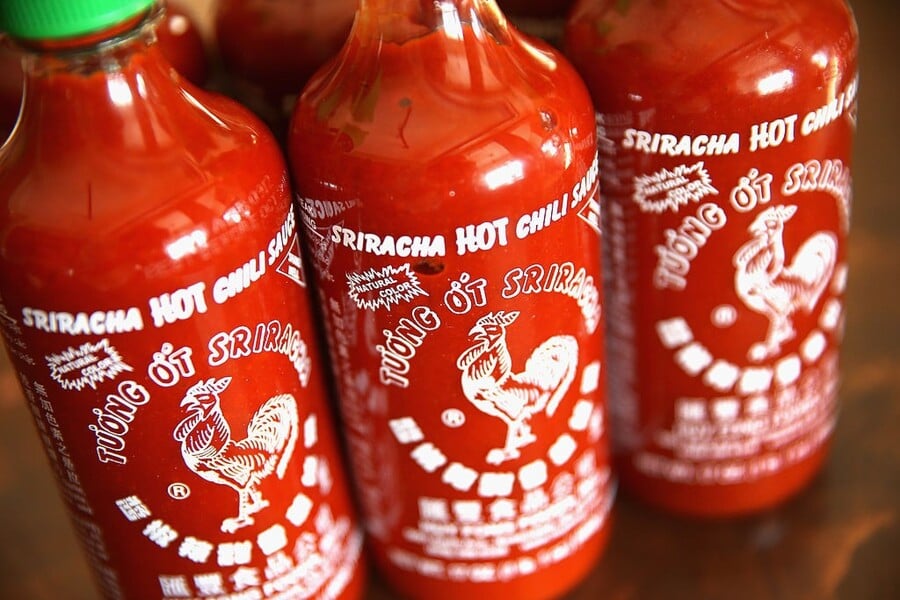 This new wave of popularity prompted Tran to move the company again, this time to a 650,000 square foot state-of-the-art facility in Irwindale, California in 2013. However, Huy Fong's welcome was short-lived when the Irwindale City Council filed a lawsuit against the company after nearby residents complained that spicy fumes emanating from the plant were causing headaches, heartburn, and watery eyes. Tran decided to begin hosting tours of the facility to demonstrate the manufacturing process and air quality procedures.  After Tran indicated he had made changes to the facility's air filtration system, the suit was dropped in 2014. The incident, rather than turning people off to the brand, garnered the company even more attention and fans.

Huy Fong is poised for continued growth in the years ahead. The company reportedly generated over $60 million in 2014; according to Tran, Huy Fong has never experienced a year of declining sales since its inception. Rather, sales typically increase by 20% each year. While pressure from competitors, such as big-name players Tabasco and Heinz, may dampen this number in the future, Tran, who turns 71 this year, is enjoying his continued success and working to transition the company to his children.