The House Of Grimaldi, Monaco's Ruling Family, Rules Over One Of The Wealthiest Nations In The World

By Amy Lamare on September 1, 2019 in Articles › Billionaire News

Just the idea of Monaco is glamourous. It's set on the French Riviera. It has casinos that James Bond would be at home in. Princess Grace lived there. The country is bordered on three sides by France and on the fourth by the Mediterranean Sea. The tiny city-state is one of the wealthiest nations in the world with 32% of its population millionaires. In Monaco, 12,261 millionaires live in the less than one square mile that makes up Monaco. The population is around 38,000. I mean, it's called the "Billionaires' Playground" for a reason!

Ruling over this small but mighty wealthy city-state are the Grimaldis – the royal family of Monaco headed up by Prince Albert II, the son of Prince Rainier III and American actress Grace Kelly.  Prince Albert has a net worth of $1 billion and owns about a quarter of the land in Monaco. To put the royal family of Monaco's wealth in perspective, consider the fact that Queen Elizabeth's net worth is $600 million. Prince Albert is  married to Charlene Wittstock, a former Olympic swimmer and teacher from South Africa. They married in 2011 in a $70 million extravaganza that was attended by celebrities  including Naomi Campbell, Karl Lagerfeld, and Giorgio Armani. Prince Albert and Charlene  have two kids together – twins, a boy and a girl – born in December 2014. Prince Albert also has two other children by two other women. 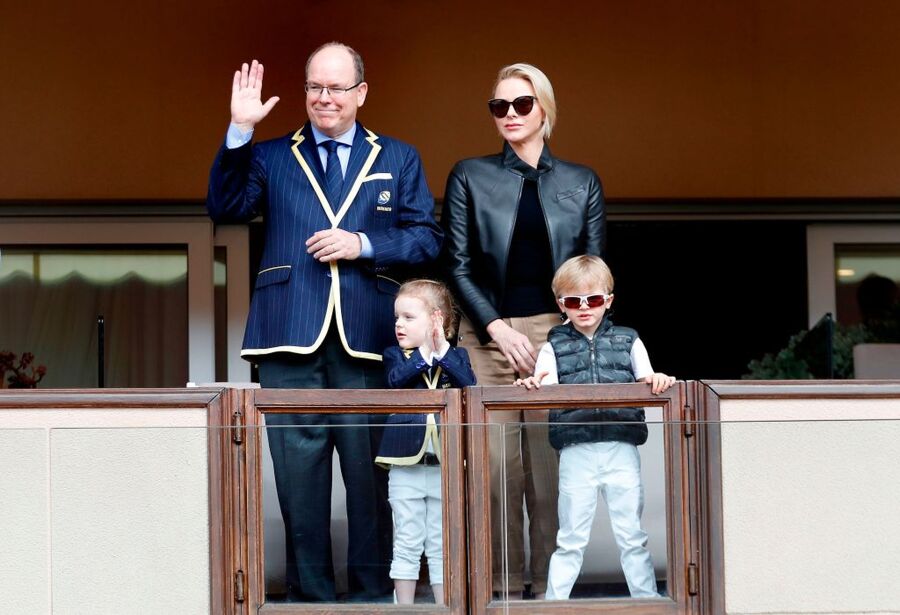 Prince Albert and Princess Charlene live in the Palace of Monaco. The palace was built in 1162 and is guarded by a 98-person force of highly-trained French military men. As a child, Prince Albert, his sisters Princess Caroline and Princess Stephanie and their parents Prince Rainier and Grace Kelly spent summers on the family yacht and went skiing in Switzerland.

While our lives may consist of grocery shopping and the occasional dinner out with friends, Prince Albert and Princess Charlene attend events like the Monte Carlo Gala for the Global Ocean, which takes place in September every year during the Monaco Yacht Show. Attendees of the Gala have included Katy Perry, Orlando Bloom, Leonardo DiCaprio, Hugh Grant, Eva Longoria, and Madonna.

The royal couple also attended the amfAR gala during the Cannes Film Festival each year. The gala benefits the Foundation for AIDS Research. The royal family also created a television festival that gives them the chance to rub shoulders with their favorite Hollywood stars.

The royal family also scores the best seats at Monaco's most exclusive events like the Monaco Grand Prix. The world's richest helicopter into Monaco to party on super yachts during the annual event. A one day pass to the Monaco Grand Prix is $328, but a hotel room at the Hotel Metropole will run you about $41,000 a night.

Wouldn't it be fun to live the life of a member of the Royal Family of Monaco for a week? I mean, the clothes and shoes alone would be a lot of fun!