By Amy Lamare on November 30, 2020 in Articles › Billionaire News

The Guinness family just can't catch a break. Sure, they are the billionaire heirs and heiresses of the famous beer, but man oh man there seems to be a curse on their family. Over the years (many, many years), one family member after another has died in strange and unusual ways. The latest, 19-year-old Honor Uloth, passed away this summer in a freak accident in a swimming pool. Honor was the granddaughter of the 3rd Earl of Iveagh, Benjamin Guinness. She was found at the bottom of a swimming pool unconscious by her 15-year-old brother at a family get-together. The accident occurred at the Guinness mansion in Sussex, England on July 31. Reportedly, Honor had been in the hot tub with friends before going for a late swim around 11 pm.

By the time Honor was found, adults at the party attempted CPR while an ambulance was called. When the paramedics arrived, they found she had suffered brain injuries and a broken shoulder. She was pronounced dead six days later in the hospital. Authorities believe Honor hit her head on a rock jumping into the pool or she banged her head in the pool or on the edge of the pool somehow, which rendered her unconscious. 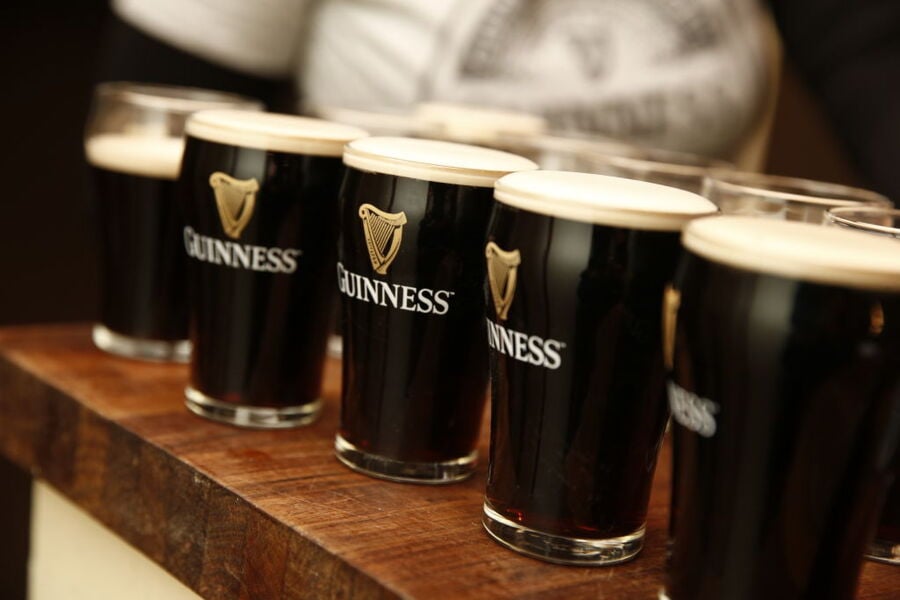 Honor's death is just the latest in a series of tragic deaths in the Guinness family, dating back to the 18th century. The brewery was founded in 1759 by Arthur Guinness. He was the richest man in Ireland. He had 21 kids but 10 died before he did. Many of his kids were alcoholics who ended up in mental institutions or died in poverty. In 1944, Walter Guinness, the British minister of state for the Middle East, was murdered in Cairo by a Jewish terrorist group. The group believed Guinness was an Anti-Semite who opposed Israel's statehood. He was targeted because he was the highest-ranking British official in the Middle East.

Arthur Onslow Edward Guinness, the 33-year-old heir to the family beer business, was killed in action just weeks before the end of World War II. In the 60s, Patrick Guinness was killed in a car accident.

The Beatles song "A Day In The Life," was written about the 1966 death of Guinness heir Tara Browne who drove his Lotus Elan at high speeds through London eventually crashing into a van and dying. The relevant lyrics from the song are:

About a lucky man who made the grade

And though the news was rather sad

Well, I just had to laugh

I saw the photograph

He blew his mind out in a car

He didn't notice that the lights had changed

A crowd of people stood and stared

They'd seen his face before

Nobody was really sure if he was from the House of Lords."

Browne was friends with the Beatles before his death. He was 21 years old and had two children. He was under the influence of drugs and alcohol at the time of the crash. It is said he was driving in excess of 100 mph when he crashed. His girlfriend, model Suki Potier, was in the car with him, she was not injured but did die in 1988 in a car accident with her husband while they were on vacation in Portugal. She was 33.

In 1978, Lady Henrietta Guinness leaped to her death off a bridge in Umbria, Italy. She had been in a car accident in 1963 when her boyfriend at the time, the British counterculture figure Michael Beeby, crashed her Aston Martin while they were in the French Riviera. She never recovered from her injuries from that crash and battled depression in the ensuing years, ultimately leading her to take her own life.

That same year, 4-year-old Peter Guinness was killed in a car accident. Also in 1978, Natalya Citkowitz, the 18-year-old daughter of Guinness heiress Lady Caroline Blackwood died when she fell head-first off the toilet into a bath filled with water while injecting herself with heroin. She drowned.

In 1986, Olivia Channon, the 18-year-old daughter of Paul Channon, then Trade and Industry Secretary, also passed away. Channon was a member of the Guinness brewing dynasty and Olivia had a healthy trust fund and her own house in Oxford, where she was a university student. She died from a fatal cocktail of drugs and alcohol.

In 2004, Robert Hesketh, husband to Catherine Guinness, daughter of Lord Moyne, was found dead in bed. He died in his sleep after taking a cocktail of cocaine, heroin, and alcohol at a party. He was 48. He had three children.