By Amy Lamare on January 18, 2016 in Articles › Billionaire News

Travis Kalanick launched a little startup called UberCab in San Francisco in 2010. Fast forward six years and the company, now just called "Uber," operates in more than 300 cities in 58 countries and has made Kalanick a very wealthy man. The 39-year-old UCLA dropout has a net worth of $6 billion. Oh, and by the way, Uber is the most lucrative startup in Silicon Valley, with a valuation of $60-65 billion.

Travis Kalanick was born on August 6, 1976 in Los Angeles. He grew up in the suburb of Northridge and wanted to be a spy when he grew up. As a teenager, Kalanick worked as a door-to-door salesman for Cutco knives. He started his first business, an SAT prep course called New Way Academy, when he was 18. He graduated from Granada Hills High School and enrolled at UCLA to study computer engineering.

Kalanick did not let that setback keep him down for long. He took the engineers from Scour and founded Red Swoosh, another peer-to-peer file sharing company. However, Kalanick clashed with his co-founder Michael Todd. Red Swoosh also encountered issues when it failed to withhold taxes from its employees' paychecks. The stock market crash post 9/11 also threatened to do the company in. All of this seemed to spell impending doom for Red Swoosh. However, Kalanick and the company held on and in 2007, Akami Technologies bought Red Swoosh for $19 million. 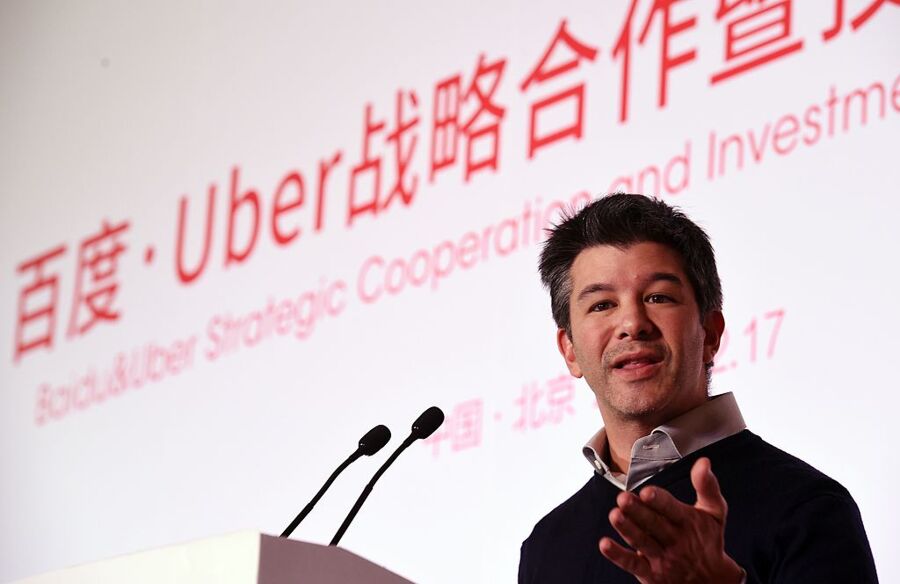 It was late 2008 when Kalanick was introduced to Garrett Camp and heard the idea for Uber. Garrett Camp, Oscar Salazar, and Conrad Whelan built the first version of Uber, a town car service called UberCab. Kalanick served as an advisor to the company. UberCab cost 1.5 times as much as a cab, but less than calling a town car or limo. Plus, it made ordering a car in San Francisco as easy as pressing a button.

UberCab launched in San Francisco in June 2010. It was a huge hit with customers, but investors were not exactly beating down Uber's doors to invest in the fledgling startup.

Friends of Kalanick describe him as reckless and at times arrogant. His personality and drive are big reasons why Uber has been so successful. Kalanick simply does not give up.

Uber has been relentlessly conquering the world ever since. The company is aiming for world dominance while its competitors struggle to add more U.S. cities to their services. Lyft, Uber's closest competitor, operates only in the U.S. On the other hand, Uber operates in 58 countries, including China. That's pretty convenient. You can use the same Uber account to get a ride in Denver, Beijing, Melbourne, Moscow, or Abu Dhabi.

In 2012, Uber introduced its low-cost Uber-X product worldwide. Uber X offers rides 35% cheaper than the original Uber Black service and drivers pick Uber customers up in cars like the Prius, Jetta, and Sonata.

Today, four out of Uber's 10 best performing cities are in China, setting the stage for China to become Uber's biggest market.

In 2015, Uber announced that it was seeking a $1 billion round of funding, which would value the company as high as $65 billion. This could also signal that Uber is preparing to go public in the near future.

Uber's funding makes it the most valuable privately held tech company in the world and its CEO Travis Kalanick is the $6 billion dollar man.