The Celebrity Net Worth Dating Guide: The Richest Bachelors and Bachelorettes

By Amy Lamare on February 27, 2016 in Articles › Billionaire News

You had to know this was coming eventually, people. We spend a lot of time writing about billionaires here at Celebrity Net Worth. Consequently, we also spend a lot of time wondering why we are not (yet?) billionaires (or at least millionaires). Sometimes, some of us may examine the people we've chosen to date over the years. As my grandmother always said, it is just as easy to love someone who has money as it is to love someone who doesn't, so choose the money.

In all seriousness, though, despite the fact that more than 90% of ultra high net worth people are married, there are a number of eligible, single billionaires of both sexes and a wide range of ages out there.

Of the five women, four of them are billionaires. All but one of the men are billionaires and that one is Jack Dorsey. And let's face it, Dorsey could be back in the billionaire game at any time. Two of the men are actual princes. Whether you're in your 20s, 30s, 40s, 50s, or 60s – there are single billionaires out there looking for love. Ladies and Gents, dust off your flirting skills and prepare to meet some of the richest bachelors and bachelorettes in the world. 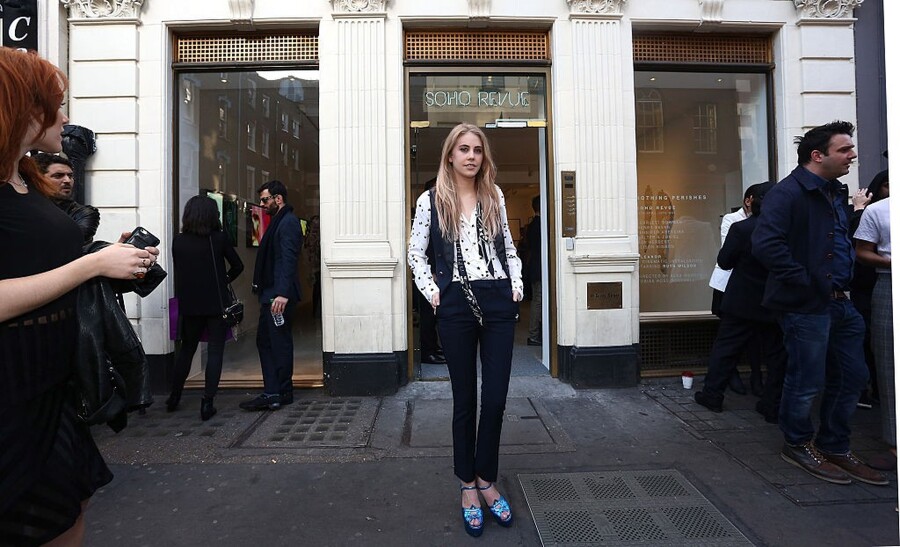 India Rose James is the granddaughter of Paul Raymond, the late pornography tycoon and property mogul. He left half of his fortune to India and her half sister Fawn. At the time of his death, the family empire was said to be worth nearly $800 million. 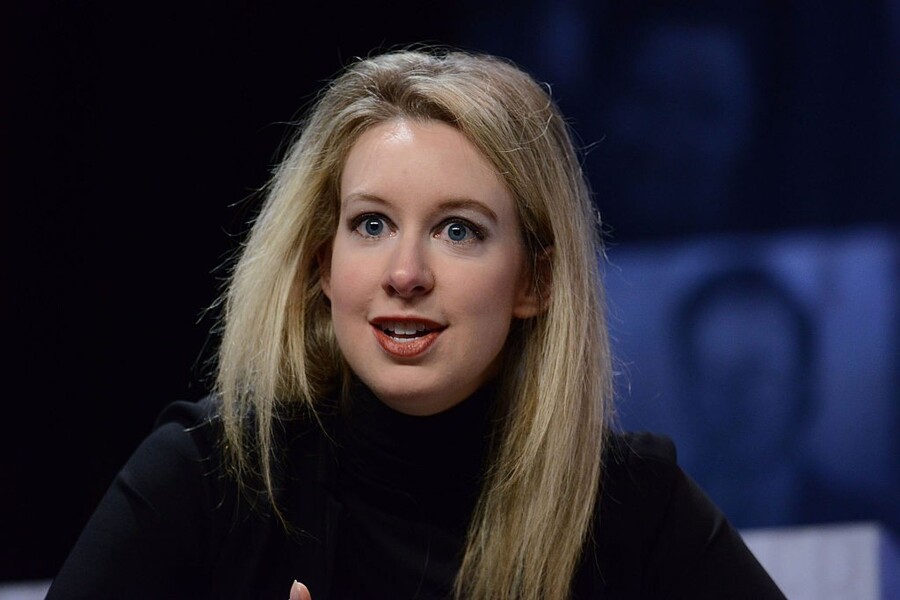 When you hear the words 32-year-old Silicon Valley billionaire, your first instinct is probably to imagine a geeky-looking scrawny guy wearing a hoodie.The fact is, the words 32-year-old Silicon Valley billionaire, don't generally bring to mind an attractive, blonde, female scientist whose fortune has nothing to do with the internet at all. The old fashioned billionaire stereotype is changing thanks to blood scientist Elizabeth Holmes and her company Theranos.

Filiz Sahenk's family owns Dogus Holding, one of the top three biggest conglomerates in Turkey. Sahenk leads up the luxury brand clothing and tourism division for the company, which represents brands such as Gucci and Tod's. Dogus Holding has interests in finance, media, tourism and construction, but its main investment is Turkey's largest bank, Garanti Bank. 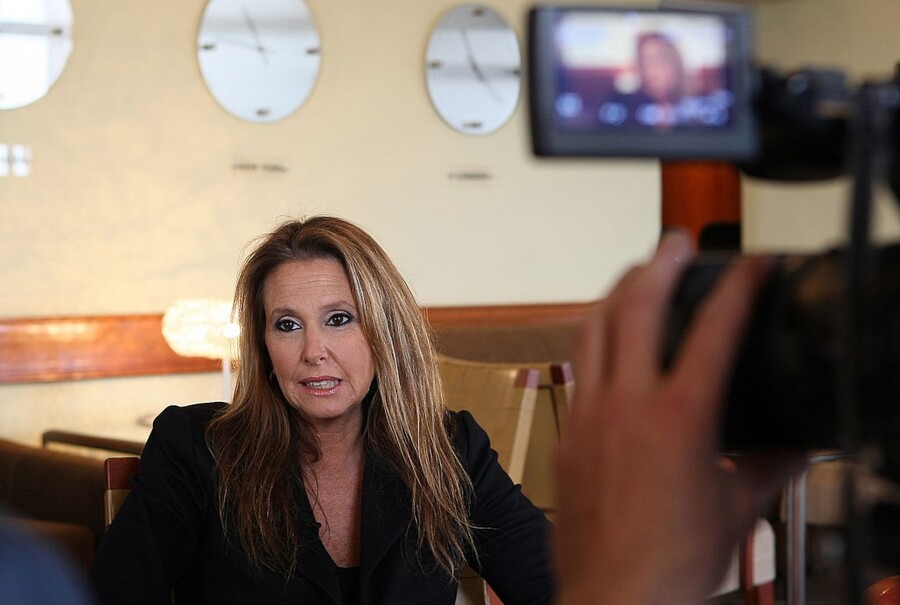 Shari Arison's father founded Carnival Cruise Lines in 1972. She served as Chairman of Arison Group from the early 1990s to 2009. She is also a shareholder of Carnival Corporation and President of The Ted Arison Family Foundation. Arison inherited approximately 35% of her father's wealth when he passed away. Arison has residences in Tel Aviv, Israel and Bal Harbour, Florida.

Alice Walton is the heiress to the Wal-Mart fortune. She is the third richest woman in the world. Alice is the youngest child of Sam and Helen Walton. She is the Walton family's biggest philanthropist, giving more than $2 million in 2012 to support charter school initiatives.  Rumor has it that Alice is raising funds for Hillary Clinton's 2016 Presidential campaign.  She enjoys outdoor activities.

And now the men: 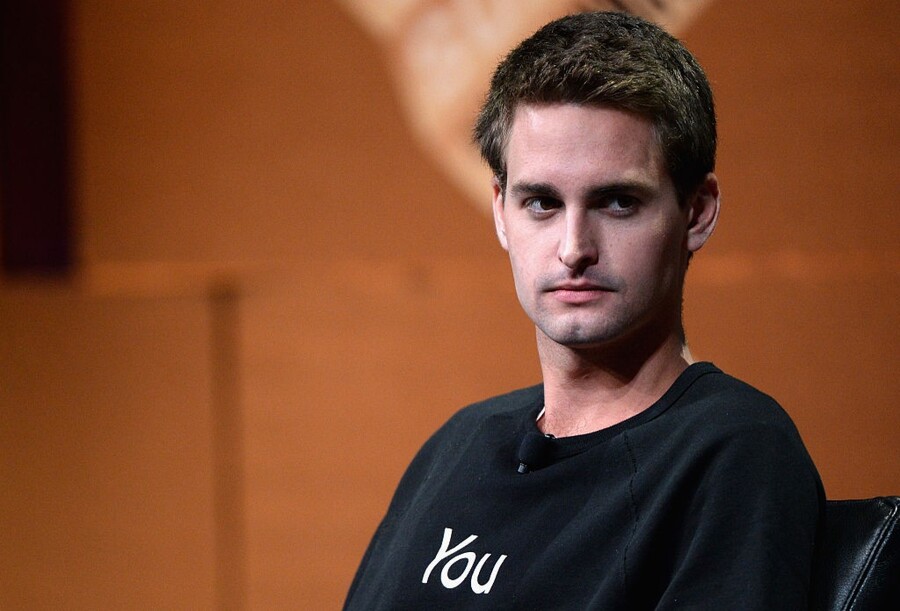 Evan Spiegel went from living with his parents to college frat house to billionaire in a pretty short period of time, thanks to the massively popular app he founded, Snapchat.

Tom Persson is the youngest child of H&M founder Stefan Persson and the youngest billionaire in Europe. Born in 1985, he attended Met Film School in London. He moved back to Stockholm to start Film and Art affair, a small film production business. Several years ago, the youngest Persson heir was named one of Stockholm's hottest singles. 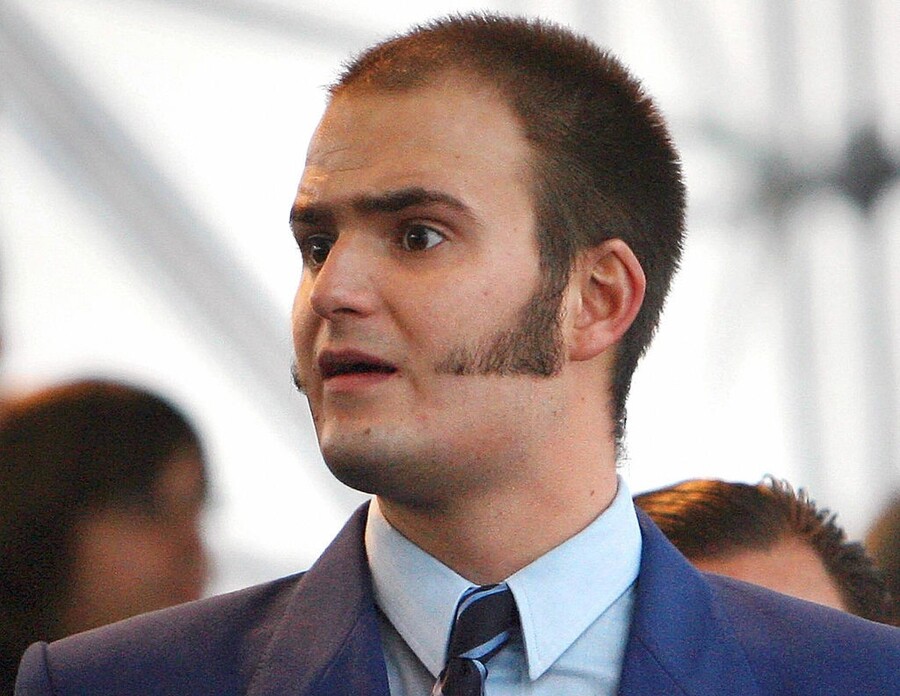 Prince Albert of Germany is the 12th prince in his family line. He has been listed as the world's youngest billionaire many times since his father's death in 1990. He first appeared on the list when he was 8-years-old. The 32-year-old bachelor has his M.A. in economics and theology from the University of Edinburgh in Scotland. He has assets in art, real estate, a tech company, and is the owner of one of the largest forest holdings in Europe. He still lives at home with his family in the family castle. He also races cars for a German auto-racing league. 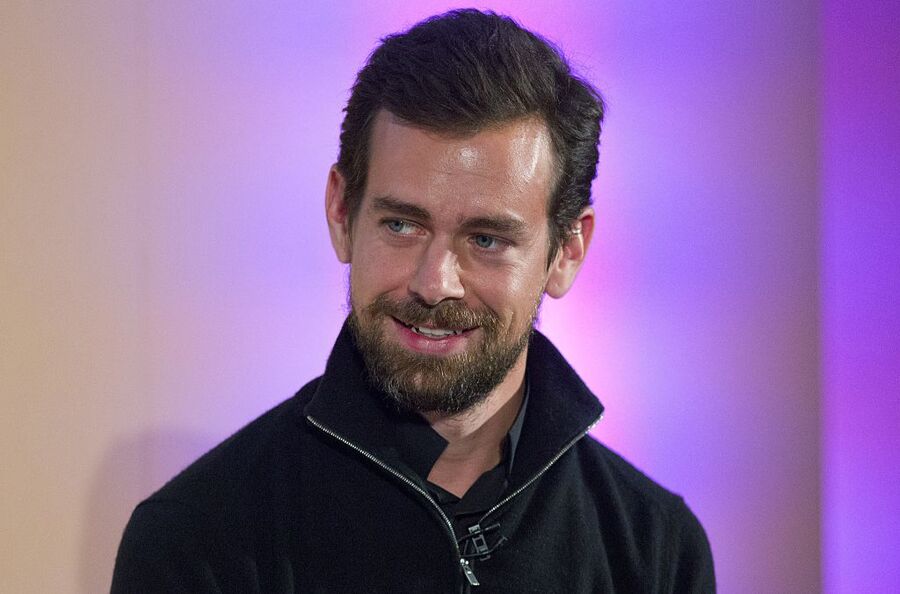 Jack Dorsey has founded not one, but two billion dollar tech companies: Twitter in 2006, and the mobile payments company Square in 2010. In 2008, he was named one of the top 35 innovators under 35 in the world by the MIT Technology Review. In 2012 The Wall Street Journal gave him the "Innovator of the Year Award" for technology. With a net worth of $950 million Dorsey invests in up-and-coming startups and sits on the Board of Directors of The Walt Disney Company. Oh, and he is also a certified masseur. 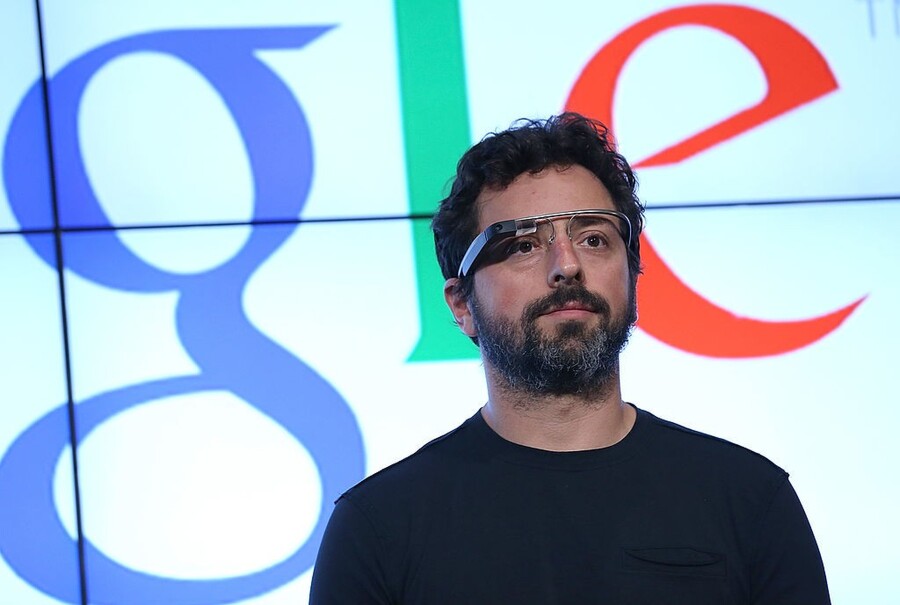 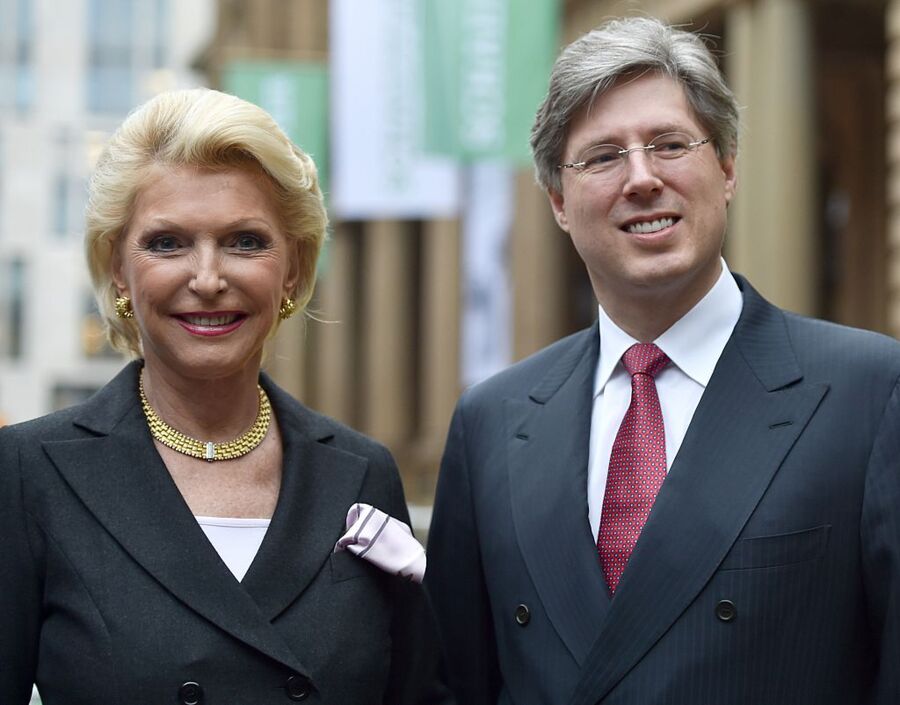 Georg Schaeffler and his mother, Maria-Elisabeth, run the Schaeffler Group, which is in the business of ball bearings. Georg served in the German military and in corporate law in the U.S. before moving home to Germany to join the family business. The company was founded in 1946. Schaeffler's father, Georg Sr. invented the cage-guided needle roller bearing, which allowed for large-scale production of roller bearings for the German auto industry. Potential red flag: he is a 51-year-old bachelor and appears to be very very close to his mother. He is pictured above with his mother. 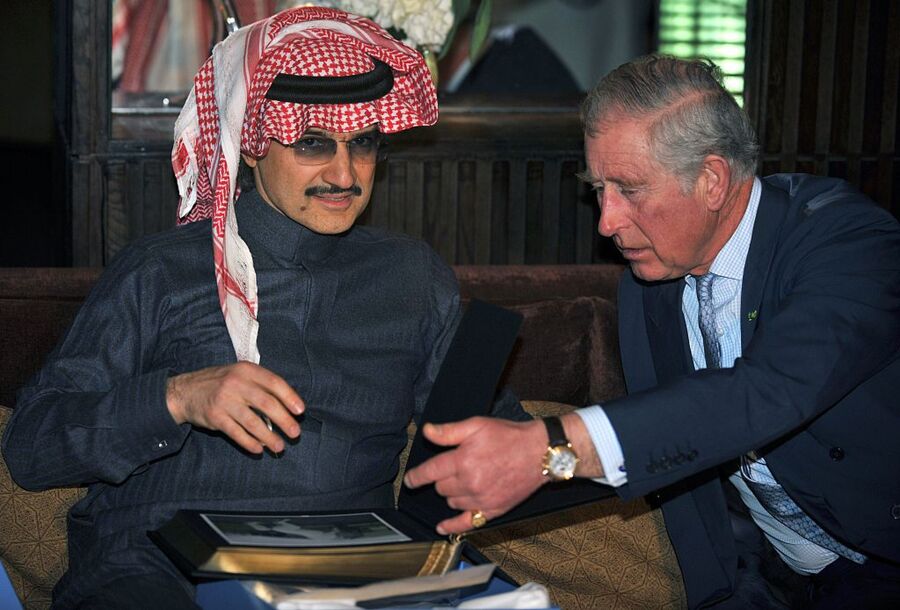 Prince Alwaleed Bin Talal Al Saud is a Saudi business magnate, investor and philanthropist. He is a member of the Saudi royal family. In 2008 he was listed in Time magazine's list of the most influential people in the world. Waleed is the nephew of Saudi King Abdullah, the grandson of Ibn Saud, the first Saudi king, and the grandson of Riad Al Solh, Lebanon's first Prime Minister. Al-Waleed is the founder, CEO and 95 percent-owner of the Kingdom Holding Company, a Forbes Global 2000 company.