Ah, billionaires! The more eccentric they are, they more interesting they are. This is definitely the case with Tesla and SpaceX founder Elon Musk. Musk is an unusually eccentric character. Consider the case of the time when Musk met Silicon Valley star T.J. Miller, back in 2014.

Miller plays startup founder and incubator mentor Erlich Bachman on the popular HBO show. He met Musk at an after party for the show in Redwood City, California. Now Musk, like many billionaires, is used to getting his way. Apparently, he assumed Miller would show some deference to him. Well, Miller didn't. 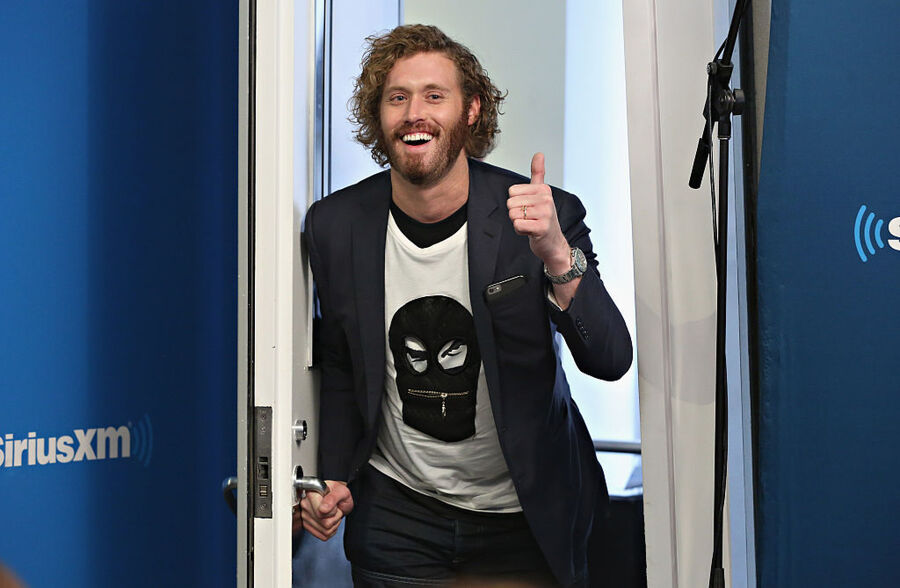 In fact, Miller flat out refused to be obsequious, not out of rudeness, but because he didn't recognize Musk, so he saw no reason to kowtow to him. When Musk offered to give Miller some advice about the show, the actor behaved dismissively to the billionaire. When Musk said: "I have some advice for your show," Miller replied: "No thanks, we don't need any advice."

That alone isn't too embarrassing for either party. After all, not everyone pays as much attention to billionaires as we do at Celebrity Net Worth. It is understandable that Miller would not instantly recognize a random party goer as the one and only, Elon Musk. However…

Soon after this awkward exchange, a woman approached Miller and Musk to ask for a photo. Reportedly, Musk started to pose for the photo and then the woman handed the camera to him and posed with Miller.

Miller recounted this episode recently in an interview:

"Some Valley big shots have no idea how to react to the show. They can't decide whether to be offended or flattered. And they're mystified by the fact that actors have a kind of celebrity that they will never have – there's no rhyme or reason to it, but that's the way it is, and it kills them."

Miller went on to say: "It was, like, Sorry, dude, I know you're a big deal — and, in his case, he actually is a big deal — but I'm the guy from 'Yogi Bear 3-D,' and apparently that's who she wants a picture with."

We're not sure how Musk handled that one, but just consider – he's the guy who finally made electric cars viable and sent reusable rockets into space (and back!) and has a $13.3 billion fortune, but it was the guy who played Ranger Jones in Yogi Bear who gets the attention.

The whole exchange feels like an actual scene from Silicon Valley. The HBO comedy perfectly captures the inflated sense of self that has come to be associated with the Silicon Valley and San Francisco tech scene. That this played out the way it did between Musk and Miller only serves to show how dead-on the show's portrayal of the tech industry really is.

This isn't the first run in with the real life characters of Silicon Valley for Miller. He hosted the Crunchies – the Oscars of Startups and Technology – in 2015 and pretty much offended the whole room. He found himself in much the same situation as he did with Musk, except it was Uber founder, Travis Kalanick, that time. Miller not only did not recognize Kalanick, but also went after his girlfriend and her startup in his standup routine. In an interview after the Crunchies, Miller said: "You don't have a sense of humor about yourself," when referring to Silicon Valley as a whole.

And therein lies the genius in HBO's Silicon Valley.