The Bizarre Case Of The Billionaire Murder For Hire

There's just no kind of feud quite as volatile and delicious as a feud between two billionaires. (Or, to be more accurate, one billionaire and one man worth $900 million. Potatoes, Pahtatoes, right?) In this case, we're talking about hedge fund billionaire Louis Bacon and fashion industry tycoon Peter Nygard. This fight is bonkers, y'all.

Bacon, who heads up Moore Capital and has a net worth of $1.6 billion, filed suit against Nygard in Freeport, Bahamas. Bacon is amongst a group of four plaintiffs suing Nygard and his attorney Keod Smith. The lawsuit reads like a treatment for the latest HBO crime drama. It alleges that Nygard, who heads up a discount clothing empire in Canada, has carried out a reign of terror and physical violence against Bacon and his colleagues Frederick Roy Smith, Joseph Darville, Romauld Ferreira and C.B. Moss. 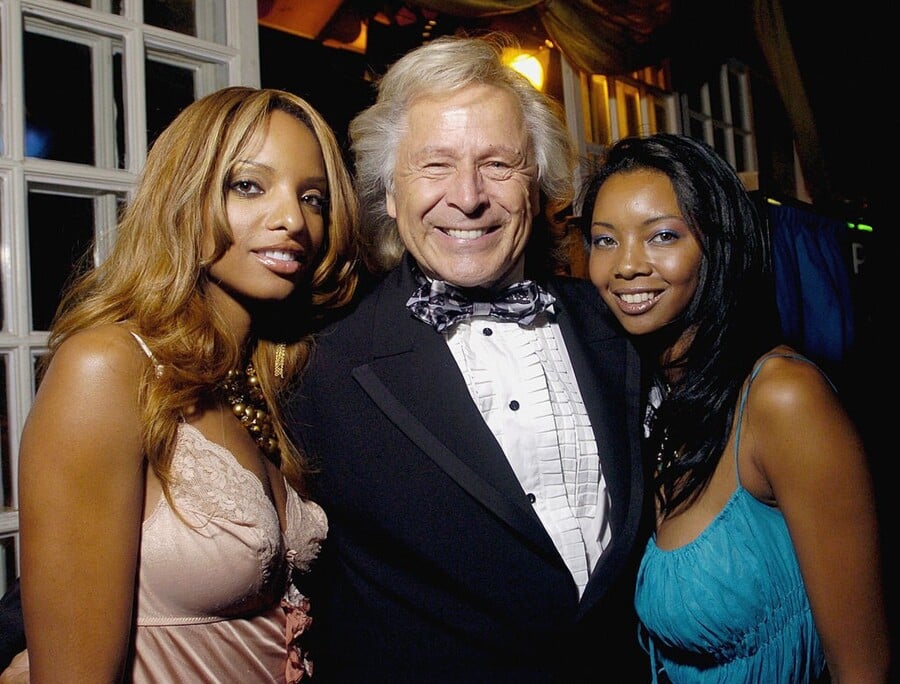 The suit claims that Nygard played a part in, or arranged for, physical attacks, home and office burglaries, firebombing cars, vandalism, and hiring people to stage anti-Bacon demonstrations that branded him a racist, murderer, and financial fraud. All of that craziness isn't even the worst of the claims against Nygard. The worst allegation of all alleges that Nygard engaged in talks with two men about murdering Bacon. The decade long battle between the men all started over a shared driveway in an ultra exclusive neighborhood in the Bahamas.

The lawsuit states that:

On several occasions on dates unknown after February 2014 and in addition to instructing them to organize the hate rallies and/or protests as pleaded hereinafter, Mr. Nygard met covertly and secretly with Mr. Bullard and Mr. Davilma, two convicted criminals, to discuss the two of them killing various perceived opponents and adversaries of Mr. Nygard, including Mr. Frederick Smith and Mr. Bacon. Mr. Nygard promised to pay the said criminals substantial sums if they carried out these assignations.

The murder plot surfaced in an affidavit from a private investigator from Fort Lauderdale named Joseph DiPaolo. DiPaolo's detective agency hired former Scotland Yard and FBI agents to look into the dealings of Nygard. Bullard said Nygard promised him and Davilma houses as payment for killing Bacon.  The murder plot claims are based on this testimony from Bullard and Davilma.  Bullard also admitted in a sworn statement that Nygard paid $20,000 for firebombing the cars of Bacon and the other plaintiffs.

The Bahamian government has not charged Nygard with any crime.

The feud between Bacon and Nygard goes back more than a decade and comes down to a battle over property. Bacon and Nygard live in neighboring estates in the ultra exclusive Lyford Cay area. The neighbors began fighting over loud parties, parking, and a shared driveway. Over the years these average neighborly spats turned into a well-funded war with Bacon and Nygard filing defamation suits and counter suits against each other in the Bahamas and New York.

One of the many lawsuits Bacon has filed against Nygard states (in part):

"For the past four-and-a-half years, Nygard has waged an obsessive and malicious campaign against Mr. Bacon. Acting in concert with the Nygard Companies, as well as other agents and co-conspirators, Nygard has been the ringleader of a conspiracy to inflict reputational and other harm on Mr. Bacon through a variety of unlawful means, including but not limited to orchestrating a worldwide defamation campaign (the "Smear Campaign")…"

Bacon and the other plaintiffs are part of the conservation group Save the Bays, which has been keeping Nygard from rebuilding his ostentations Mayan-themed mansion–the original burnt down in 2009–along Lyford Cay. The official cause of the fire is listed as unknown, but Nygard has alleged that Bacon was behind it.

Save the Bays was formed in 2004 to preserve the natural environment of Lyford Cay. Bacon and the board of Save the Bays accused Nygard of illegally dredging the sea bed, extending the island's natural shoreline, and expanding the borders of his estate without permission. They endeavored to block any further attempts by Nygard to expand his home by buying up a large stretch of coastline and establishing a nature reserve.

The suit claims that in April 2013 Nygard's attorney Keod Smith and eight men threatened plaintiff Frederick Smith with hammers and smashed in the windows of his car when he tried to escape. No one has ever been prosecuted for this attack. Frederick Smith said: "Nygard is untouchable in the Bahamas because of his connections and his money."

For what it is worth, Peter Nygard has been sued dozens of times over the decades. He has been accused of abusive labor practices, tax evasion, sexual harassment, and rape. He intimidates his accusers with an army of attorneys. According to the testimony of a former business partner, Nygard once said: "No one has ever disobeyed my orders and gotten away with it."

Peter Nygard founded clothing manufacturer Nygard International in 1967 and today, still controls 100% of the company. Today, the privately held company brings in more than $1 billion in revenue. Nygard is the largest producer of women's apparel in Canada. He has also been selling his low-priced wares to budget minded American women for more than 35 years. Nygard International has offices in Canada, the U.S., China, and Hong Kong. The company employs 12,000 people. Nygard brands are carried in Dillard's, Sears, J.C. Penney, The Bay, and Belks.

Louis Bacon founded Moore Capital Management, LLC in 1989. He is best known for making money for his investors during years when other hedge funds had huge losses. His $9.9 billion Moore Global Fund generated net returns of 3.35%. His Moore Macro Fund gained $3.03%. These modest returns netted Bacon $100 million in 2015. He has donated more than 90,000 acres to conservation groups.

The battle of the beach houses, as it has come to be known, has had a clear benefit to Bacon and Nygard's battalion of attorneys. Thanks to the back and forth suits that fuel this feud, those lawyers can probably build houses in the same neighborhood as Bacon and Nygard.