By Amy Lamare on July 3, 2016 in Articles › Billionaire News

Bruce Wasserstein was a legendary investment banker with a $2.9 billion fortune who died suddenly in 2009. He had four ex-wives and six children with two of those wives, and one lover. Now, a legal battle has erupted between Wasserstein's older children – Ben, Pam, Scoop, Jack, and Dash– and Erin McCarthy, the mother of 7-year-old Sky Wasserstein.

Wasserstein and McCarthy were an unusual pair. She was a Kentucky-born, blonde, Southern Baptist, grant writer and event planner married to an aspiring novelist who didn't want kids. He was a rotund, Jewish, New Yorker with keen intelligence who was known for the ruthless nature that led him to become Chairman and CEO of the elite investment bank, Lazard. Wasserstein and McCarthy met in a chance encounter during the planning of a benefit dinner in 2003. Wasserstein became infatuated with McCarthy. He asked her to join him for meals to ask advice on subject such as  how to go about donating $25 million to his alma mater Harvard Law School. In early 2006, he asked Erin out on a formal date. He was still married to his third wife though he told her he was separated. McCarthy had recently gotten divorced. Wasserstein pursued her relentlessly. 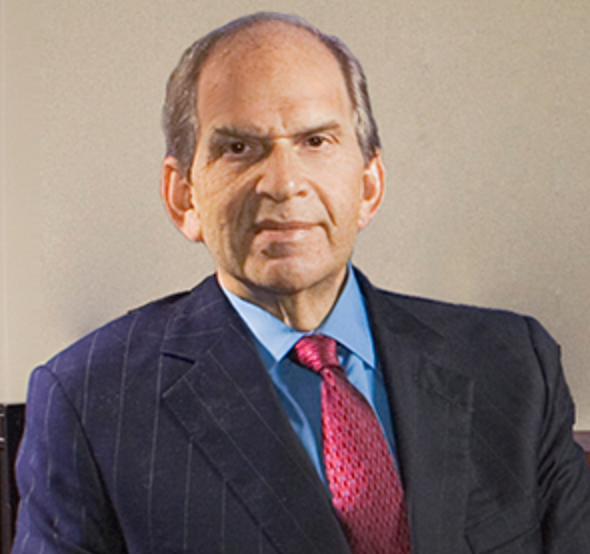 By the time the two settled into dating, Wasserstein was in the process of divorcing from his third wife. He bought an apartment at 110 Central Park South and asked McCarthy to move in with him. Not long after, Wasserman urged McCarthy to undergo in-vitro fertilization and have his sixth heir. McCarthy was 35-years-old at the time and saw it as her last chance to have a child. In June 2008, Sky Wasserstein was born.

And then, just over a year later, Wasserstein died of sudden heart failure and the fortunes and futures of Erin McCarthy and Sky Wasserstein haven't been the same since. To be fair, things had been rocky between McCarthy and Wasserstein since before Sky's birth. He waffled on his commitment to being a parent again. He left Erin, ignored her, started seeing the woman who would become his forth wife. McCarthy didn't always handle this seesaw well. Wasserstein never introduced McCarthy to his five older children.

The couple never married, but McCarthy has maintained over the years that Wasserstein had put in writing that Sky was to inherit an equal share of his estate. Each of Wasserstein's children would get roughly $350 million when split six ways. Wasserstein also stipulated that Sky should have equal access to Wasserstein's 27-acre East Hampton estate and other properties around the world.

What is known, is that Wasserstein and McCarthy split well before his death and the billionaire offered the mother of his youngest child a settlement. He agreed to pay for everything for Sky, who has a form of autism, until she is 21 – including all schooling through graduate school, rent for a house in the Hamptons, a Mercedes SUV for McCarthy, $30,000 a month in child support until Sky turns 18, plus another $1,000 a month for expenses. McCarthy was also to receive $4 million. In addition, the settlement included the following text, which has become the basis for the feud between the Wasserstein heirs and McCarthy:

"I will direct my Executors to ensure that if I die she will have the same quality of upbringing as my other children."

Two months after this settlement was reached, Bruce Wasserstein was dead.

It is now seven years since Bruce Wasserstein died. McCarthy receives the $30,000 a month in child support and retained the Central Park South apartment. Sky's half-siblings, who range in age from 16 to 38, pretty much act like Sky doesn't exist.

In September 2011, the Wasserstein family attorneys filed documents cutting Sky out of her father's will. The billionaire's fortune was to be divided in fifths, not sixths.

Curiously, the five Wasserstein heirs aren't too concerned about the money. They've all filed affidavits saying that they are "committed to treating Sky economically equally." The sticking point seems to be the East Hamptons Estate, Cranberry Dune, and whether Sky has a right to visit it. The five older Wasserstein siblings claim they would suffer irreparable psychological damage from such a visit.

The Wassersteins offered Sky, via her mother, either Bruce's Santa Barbara house or the Paris apartment. She turned both down. At this point, McCarthy has spent most of the money Wasserstein gave her on legal fees to fight on Sky's behalf, for what she feels is rightfully her daughter's. The Wasserstein estate proposed an unspecified "equalizing distribution" of money from the sale of the Santa Barbara, Paris, and London homes as well as a payment based on the value of the East Hampton estate. McCarthy objected to this as well.

Last spring, the court ruled against McCarthy. She is now appealing the court's ruling to the New York State Supreme Court. In her appeals filing, McCarthy said:

"This is a case of David versus Goliath, the manipulation of certain trusts left to a seven-year-old autistic child by her adult, multi-millionaire high society half-siblings."