The Billionaire BMW Heirs Insist They Don't Have An Easy Life

I don't know about you, but I really don't have a single problem that money can't fix. I mean sure, it can't bring back my dad, but it can make life a lot more comfortable. But if you ask the billionaire heirs to the BMW fortune, they'd tell you that being so incredibly wealthy that you literally never have to think twice about buying something – something like a private jet – is a burden that is vastly misunderstood. Oh wait, what's that I hear? It's the world's tiniest violin playing for them.

Susanne Klatten and Stefan Quandt are the billionaire siblings who together own nearly half of BMW. The notoriously private Klatten and Quandt recently gave an interview with Manager Magazine and said: "Many people believe that we are permanently sitting around on a yacht in the Mediterranean. The role as a guardian of wealth also has personal sides that aren't so nice." OK, sure we can buy that, but we're also sure that the not so nice side of having a multi-billion dollar fortune aren't as strenuous as say, opting to not have health insurance so that you can pay the rent, just sayin'! 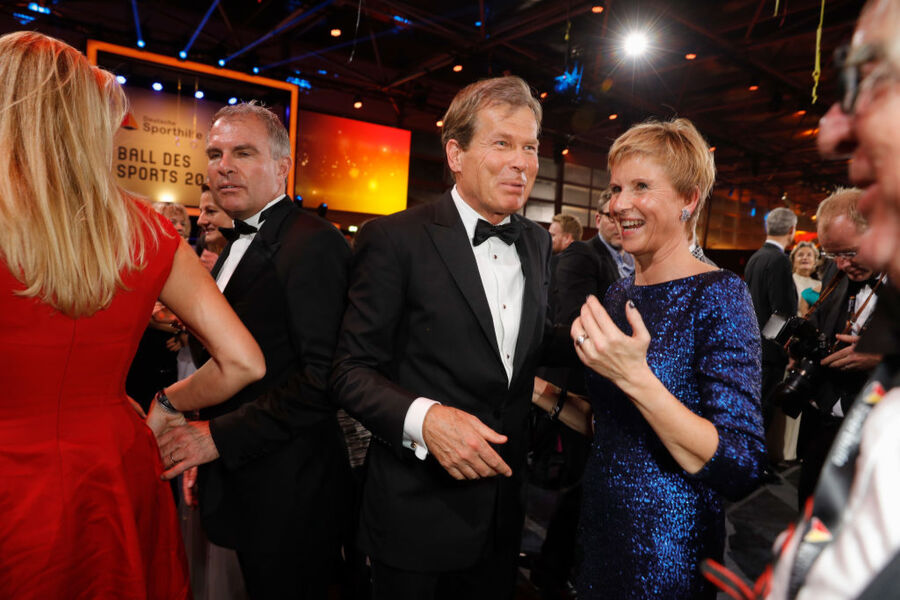 Klatten is Germany's second-richest person with a personal fortune of $19 billion. All together, the Quandt family has a combined fortune of $42.7 billion. Susanne and Stefan's father Herbert Quandt rescued BMW in the late 1950s. Herbert Quandt was close to selling BMW to Daimler-Benz (a company the family also had a stake in), but he changed his mind at the last minute and increased his stake in the ailing company to 50%. BMW already had the BMW 1500 in planning stages when Quandt took over. It's 1962 launch created a new segment in the car market. This model put BMW on the path to success.

Klatten has increased her own fortune with stakes in the pharmaceuticals company Altana AG and carbon producer SGL Carbon SE. Quandt has a stake in logistics company Logwin and homeopathic medicine company Heel and has a net worth of $16 billion. Both Susanne and Stefan have seats on BMW's board.

In the interview, Quandt said: "For both of us, it's certainly not the money that drives us. Above all, it is the responsibility of securing jobs in Germany."

Both Klatten and Quandt said that they're comfortable with their roles now, but when they were given high level positions at a young age, they struggled. Quant was 30 when he was first appointed to a board seat. He feels like he might have wanted to spend a few years studying architecture or working as a product manager first.

Klatten gained notoriety first in 1978 when a plot to kidnap her and her mother Johanna was foiled by police and again in 2007 when she was caught up in a blackmail scheme by a gigolo. She doesn't believe that wealth redistribution works. She said that a fair society allows people to pursue opportunities according to their abilities.