Remember Sheikh Walid Juffali? He's the guy who tried to use a shaky claim of diplomatic immunity granted to him by the island of St. Lucia to shut down his ex-wife's claims over his $5.7 billion fortune. Well, he lost that case and now has to pay the proverbial piper – in this case, his ex-wife, former Pirelli calendar model Christina Estrada.

Estrada is seeking a payment of $354 million from her former husband to buy a new house or three, a new wardrobe, new cars, and fine art so that she can start her new life. The Sheikh was married to Estrada for 13 years and they have a daughter together. 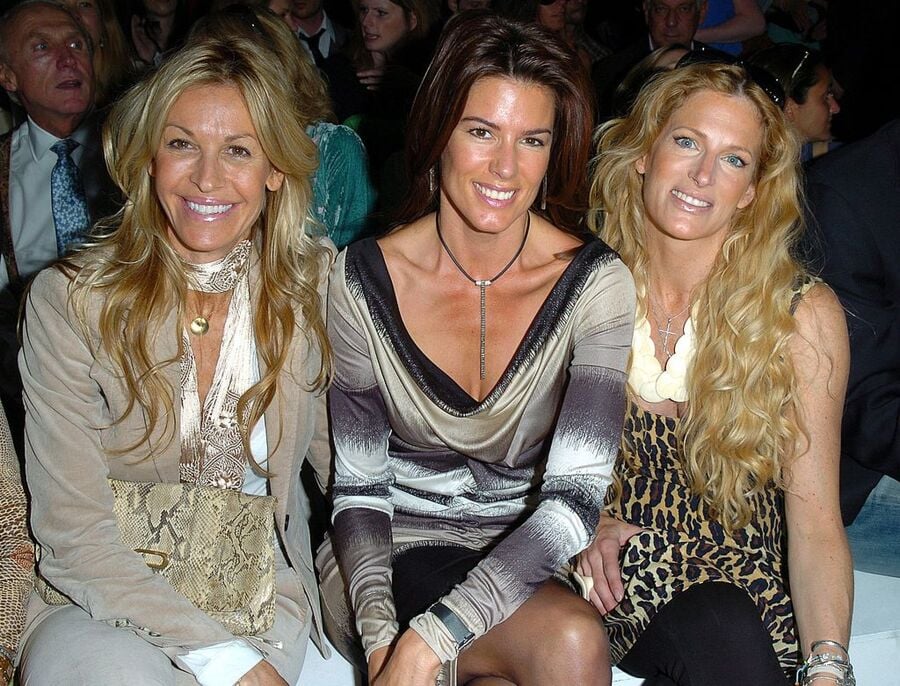 Estrada, 59, testified in court that she would like to receive $96 million from the 61-year-old Sheikh to buy a seven story home in London. She is also seeking an additional $6.2 million for a country house, $9.2 million per year for living expenses, $1.4 million for art, and more than $700,000 for five cars.

Of course her ex-husband is arguing that Estrada's demands are "excessive and exaggerated."

Estrada already owns a $17 million house in Beverly Hills, a nearly $5 million apartment in South Kensington, and a jewelry collection worth about $4.9 million, according to her ex-husband.

Estrada is also asking her ex to return a $14 million Chopard blue diamond ring. The Sheikh claims he has given the ring away.

Estrada had to release her annual budget as part of the divorce settlement hearing at the Royal Courts of Justice. Estrada spends nearly $3 million on travel and $1.4 million on her wardrobe each year.

Estrada is also asking for $475,000 a year to pay the salaries of her staff at her London home, including a live-in butler, housekeeper, chauffeur, two cleaners, a chef and an office manager. Her mobile phone bill is an additional $37,000 a year.

If Christina Estrada wins the $354 million she is seeking, it would be one of the biggest payouts in UK history.

The Sheikh has offered Estrada an overall settlement of $45 million including a lump sum of $14 million and $2.8 million a year for five years. The Sheikh has stage four lung cancer. He claims that Estrada is demanding a settlement that goes way beyond the standard of living she had while they were married.

Perhaps the Sheikh should have thought of all of this before he ran off and married another woman in Saudi Arabia, while he was still married to Estrada.