The 24 Richest Hedge Fund Managers In The U.S. Right Now

By Amy Lamare on October 16, 2020 in Articles › Billionaire News

Hedge fund managers have had a heck of a year. Most funds got absolutely slaughtered in the first six months of 2020, with the pandemic-related economic shutdowns and stock market craziness. In general, hedge funds were down 7.9% on average. One exception to that is Tiger Global Management, founded by 45-year-old Chase Coleman, the youngest person on this list. Tiger Global Management has billion-dollar stakes in online retailers Amazon, Alibaba, and JD.com, as well as tech blue chips like Microsoft and Facebook. As a result, Coleman's fund is up 36% in the first half of 2020. Jim Simons remains the richest hedge fund manager by far. One billionaire hedge fund manager not having the best year is Bridgewater Associates' founder Ray Dalio. His fund was down 18% in the first four months of 2020 and Dalio admitted he didn't have a good game plan for dealing with a pandemic.

Bill Ackman founded Pershing Square Capital Management LP in 2004. He is the CEO. In 2005, Pershing bought a significant share in the fast-food chain, Wendy's, and successfully pressured Wendy's to sell its Tim Hortons doughnut chain. Wendy's spun off Tim Hortons through an IPO in 2006 and raised $670 million for Wendy's investors. After Ackman sold his shares at a substantial profit, the stock price collapsed, raising criticism that the sale of Wendy's fastest-growing unit left the company in a weaker market position. Ackman blamed the poor performance on their new CEO.

Paul Singer founded the hedge fund Elliot Associates L.P.  in 1977 with $1.3 million from various friends and family members. Today's Elliot Management Corporation oversees Elliot Associates and Elliot International Limited, which together have more than $21 billion in assets under management

Chase Coleman founded Tiger Global Management in 2001. His firm is one of the seeded funds of the "The Tiger Fund," a hedge fund set up by his former boss Julian Robertson that was actively investing from 1980 to March 2000. After closing the fund, Julian Robertson decided to use his own capital, experience, and infrastructure to launch 38 hedge funds ("Tiger Seeds") in return for a stake in their fund management companies. Thus, it created Coleman's Tiger Global Management in 2001, a fund that now oversees a total of $40 billion. 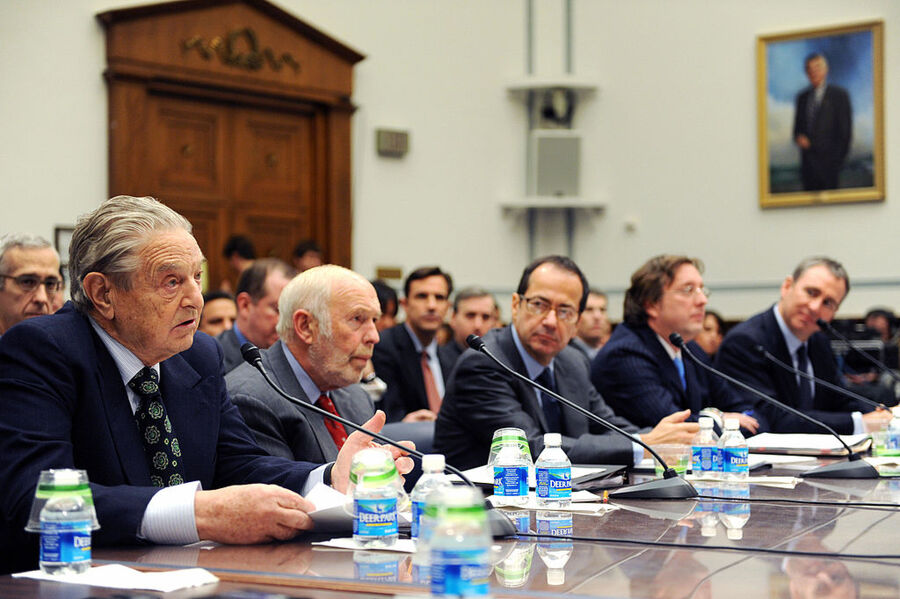 Noam Gottesman founded the London-based hedge fund GLG  in 1995 with two partners. Twelve years later, they took the company public in a reverse merger, and in 2010 they sold it to Man Group for $1.6 billion. After the acquisition, Gottesman stepped down as CEO while still holding a significant share in the company.

Stephen Mandel founded his own hedge fund in 1997, Lone Pine Capital LLC, which was named after a pine tree at his alma mater Dartmouth College that survived a lightning strike in 1887.

Daniel Loeb is the chief executive and founder of New York hedge fund Third Point LLC. The company has a portfolio of $14 billion. His key to success is to buy troubled companies, get rid of poor management, and bring them back to profitability

John Arnold began his career as a trader for Enron and was so successful, that when Enron collapsed in 2002 he was able to use his earnings to create his own company, Centaurus Advisors, LLC. Centaurus was a hedge fund that specialized in trading energy products.

Stanley Druckenmiller is the former Chairman and President of Duquesne Capital that he founded in 1981. He closed the fund in August 2010 because he felt he was unable to deliver high return to his clients. At the time of closing, Duquesne Capital had over $12 billion in assets.

Julian Robertson founded Tiger Management, one of the earliest hedge funds companies in 1980. During the years, Tiger Management grew into $22-billion-worth assets in 1998, but due to poor stock picking and failure to use the technology stock trend, it suffered of sudden losses, prompting investors to remove their money. In 2000, Robertson closed his fund firm but stayed in touch with the hedge funds by supporting and investing in the new upcoming hedge fund managers, in return for a share in their companies.

Israel Englander is the founder of Millennium Management LLC, a global investment management firm. In 1977, Englander formed a floor brokerage house called I.A. Englander & Co where he is still a minority shareholder. In 1989, he established Millennium Management LLC together with Ronald Shear with $35 million in capital from his friends and family. Ever since the company has evolved into a multi-billion dollar business that makes profits through the use of low-risk management strategies. He manages more than $45 billion in assets.

Leon G. Cooperman launched Omega Advisors in the early 90s after years spent working for other firms. In addition to serving as the CEO of Omega, he is also on the Board of Directors for Automatic Data Processing, and regularly gives large amounts of money to Columbia Business School, including a 2011 $25 million donation to expand the school.

Bruce Kovner is the founder and chairman of Caxton Associates, a hedge fund that trades a global macro strategy. Not only that the company is the main source of Kovner's wealth, but it is also regarded to be one of the world's top and largest 10 hedge funds with an estimated $14 billion under management.

John Overdeck is best known for being the co-founder and co-chairman of the New York City-based hedge fund Two Sigma Investments which focuses on technology such as machine learning, artificial intelligence, and distributed computer to execute its trading strategies. The company has more than $40 billion in assets under management.

John Paulson manages the hedge fund, Paulson and Company which manages as much as $18 billion. Paulson made his first billion dollars short-selling subprime mortgages. After the economic collapse, Paulson, in an apparent act of contrition for his complicity in the collapse, began lending money to various financial institutions that had suffered as a result of the mortgage crisis. He personally made $4 billion betting against US housing before the 2008 economic collapse.

David Shaw is a former professor of computer science at Columbia University. He founded hedge fund company D.E. Shaw & Co. in 1988, which uses mathematical computer-driven algorithms for securities trading. His firm is a pioneer in high-speed quantitative trading, thus Shaw is known as "King Quant." Shaw manages more than $50 billion in assets.

David Tepper founded his own company, Appaloosa Management in 1993. Appaloosa Management has stayed afloat relatively well compared to other companies during the current economic downturn. In 2011, he reportedly sold interests in Yahoo, Pfizer, HP, and Bank of America, and purchased additional stakes in oil refineries and General Motors. He also gave $7 million to various food banks and gave $55 million to Carnegie Mellon's business school. He owns the NFL's Carolina Panthers.

Steven Cohen earned his first significant fortune through the now-closed S.A.C. Capital Advisors. SAC was a Stamford, Connecticut-based hedge fund which mainly focused on equity market strategies. The firm was shuttered in the wake of an insider trading scandal. Today Cohen runs a hedge fund called Point72 Asset Management which for a number of years exclusively managed his own money. It reopened to outside investors in 2018.

Ray Dalio is the founder of Bridgewater Associates, the world's biggest hedge fund firm, which manages $138 billion in assets. That's down $30 billion from 2019. Bridgewater also laid off dozens of employees over the summer and found itself faced with a lawsuit alleging gender discrimination from a former employee.

Ken Griffin founded Citadel in 1990. The firm manages $34 billion in assets. Citadel is the third most profitable hedge fund of all time, behind Ray Dalio's Bridgewater and George Sorors' family office.

Carl Icahn formed Icahn & Co. in 1968 and took controlling positions in various corporations such as RJR Nabisco, Texaco, TWA, Phillips Petroleum, Western Union, Viacom, Uniroyal, Marvel Comics, Revlon, Blockbuster, Time Warner, and Motorola. His reputation developed as that of a ruthless raider after a hostile takeover in 1985 of TWA. In 2013, he sold nearly 50% of his stock in Netflix for over $800 million in profit. This transaction is said to be one of the largest stock gains in history.

Jim Simons is an investor who founded the hedge fund Renaissance Technologies in 1982. He's a preeminent mathematician, codebreaker, and he studies pattern recognition. He's also a major philanthropist. Simons is the only hedge fund manager to make the list of the highest-paid for every single one of the 19 years the list has been published. He also ranks at the top for earnings during the history of the list