By Amy Lamare on October 15, 2019 in Articles › Billionaire News

America's 15 richest women contain two groups of sisters, philanthropic heiresses, widows of entrepreneurs and tech moguls and one self-made billionaire. The 15 women on this list are collectively worth $217.5 billion. Multiple members of the Mars family and Walton family make the list including two sets of sisters. Mackenzie Bezos makes the list for the first time, thanks to her divorce settlement from Jeff Bezos. Likewise, Julia Koch is making the list for the first time after the death of her husband, David Koch. Diane Hendricks can rest easy knowing she retains the title of the richest self-made American woman.

Nancy Walton Laurie is the daughter of Walmart founder Bud Walton. She inherited half of her dad's stake in the company when he died in 1995.

Ann Walton Kroenke is the daughter of Walmart founder Bud Walton. She inherited half of her dad's stake in the company when he died in 1995. 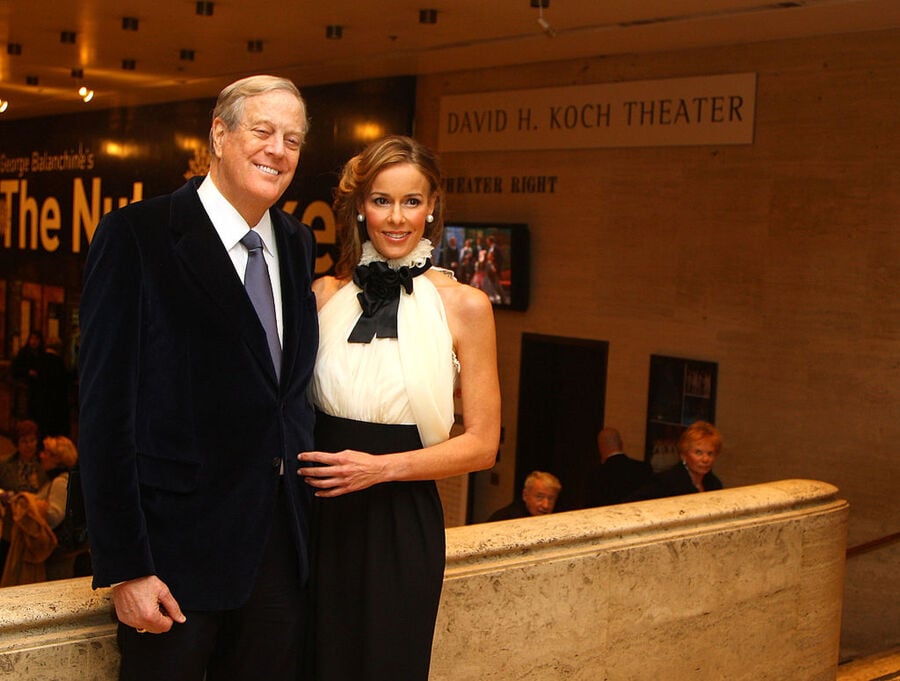 Victoria and her three sisters are the great-granddaughters of Mars founder Frank Mars.

Valerie, one of the four Mars sisters, started working at Mars in 1992. She is the VP of corporate development.

Pamela Mars is one of the Mars sisters. She was at one point the chairman of the board of the family business.

Marijke is one of the four Mars sisters who sit on the company's board of directors.

Diane Hendricks is the richest self-made woman in the U.S. She built ABC Supply, a wholesale roofing supply company from the ground up with her husband. She has been running and growing the company since his untimely death in 2007.

Christy Walton is the widow of John Walton, Sam Walton's son. He died in a plane crash in 2005.

Blair Parry-Okeden inherited a 25% stake in Cox Enterprises when her mother Barbara Cox Anthony died in 2007. She is an American citizen who lives in Australia.

Abigail Johnson's grandfather founded Fidelity Investments more than seven decades ago. The company manages $2.7 trillion in assets. Johnson was named CEO in 2014 and chairman of the board in 2016. She owns slightly less than one fourth of the company.

The widow of Apple's Steve Jobs is the 5th richest woman with a $20 billion fortune.

Jacqueline Mars is the granddaughter of the founder of candy company Mars, Inc. She owns a third of the Snickers empire. Her brother John owns another third and the rest are split between her four nieces, who are also on this list.

MacKenzie Bezos and Amazon founder Jeff Bezos finalized their divorce earlier this year after 25 years of marriage. She retained 25% of the couples' shares in Amazon, or 4% of the company. She is the second largest individual shareholder. She joined the Giving Pledge in April 2019.

Julia Koch is the widow of the recently deceased David Koch. She and her three kids inherited a 42% stake in Koch Industries.

Alice Walton is the only daughter of Walmart founder Sam Walton.