The 15 Richest Families in America

Let's call it a case of the haves and the have nots. These families are the haves and the rest of us are the have nots – in that we don't have billions, mansions in multiple locations, private jets, etc. The 15 families below run the gamut. They are behind some of the biggest American brands like Campbell Soup, Snickers, and Windex. They are the heirs of a chemicals company, a hotel chain, a cosmetics company, cable and newspaper empires.

It won't surprise many to learn that the Waltons are the richest family in America, again. The seven heirs of Sam and Bud Walton are worth a collective $150 billion, up from $130 billion last year, but still enough to make them far and away the richest in the land. The Waltons are nearly $50 billion richer than the second-richest family, the Kochs. 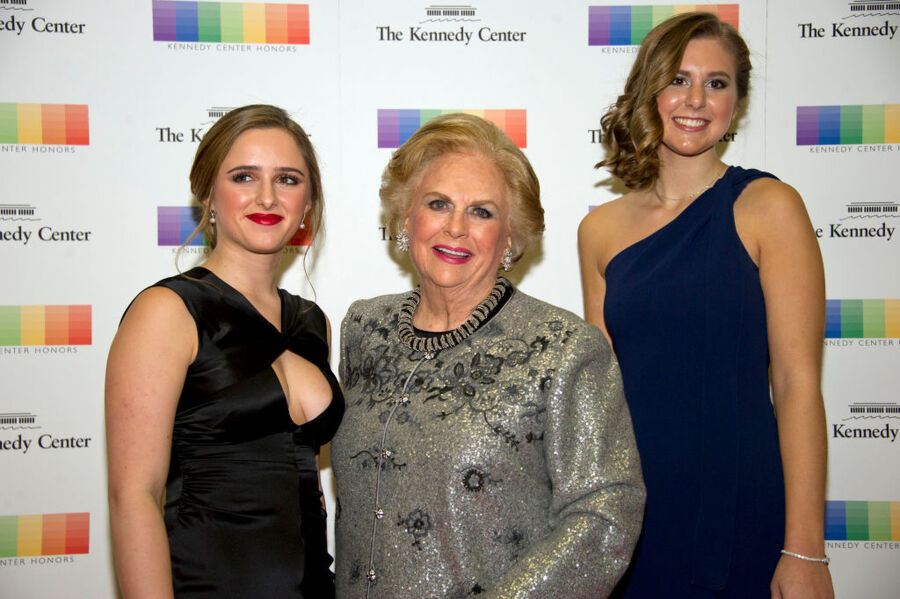 Let's take a look at the 15 richest American families.

The chemicals empire DuPont was founded as a gunpowder manufacturer in 1802. Since then, it has evolved into everything from dynamite to plastics. The company also invented Teflon and nylon. The family fortune is largely comprised of substantial shares in the company and is shared by about 3500 family members.

Ziff Davis, the magazine publisher behind PC Magazine was sold by the founder's son William Ziff Jr. in 1994 for $1.4 billion. His sons, Daniel, Robert, and Dirk grow their inheritance through their company Ziff Brothers Investments.

The Newhouse family fortune comes from publishing. Advance Publications owns Conde Nast and more than 25 newspapers across the U.S. as well as Reddit and a stake in Discovery Communications.

Siblings Randa, Milane, Dannine, Avara, and Scott inherited a $10 billion estate from their father Dan Duncan when he died in 2010. The family fortune has more than doubled since thanks to a rise in the stock price of Enterprise Products Partners, which their father founded.

S.C. Johnson founded a parquet flooring company in 1886 and developed a floor wax for his customers. That is how the S.C. Johnson company and fortune began. Today, the company is known for products such as Ziploc, Windex, and Pledge. The Johnson family continues to own and run the $9.6 billion privately held company.

The Pritzker clan lays claim to the Hyatt Hotel fortune. Hyatt was founded by A.N. Pritzker and his sons Jay, Donald, and Robert. There are 11 billionaires in this family.

The Cox family fortune began when James M. Cox bought the Dayton Evening News in 1898. The company expanded from there. Cox Enterprises is made up of Cox Communications, Cox Media Group, DealerTrack, AutoTrader.com, Kelley Blue Book, and Manheim car auctions.

The Cargill-MacMillan fortune got started when W.W. Cargill founded a small grain storage company in 1865 just as the Civil War was ending. The expansion of the railroads to the west made him a wealthy man. Today there are more billionaires in the Cargill-MacMillan family—14 to be exact—than in any other family in the world.

The two living Mars siblings (Jacqueline and John) own the world's largest candy company. Mars has $33 billion in sales. The company was started when their grandfather began making and selling candy from his kitchen in Tacoma, Washington in 1911.

Charles and David Koch run Koch Industries, the U.S.'s second-largest private company with more than $100 billion in sales. The company was started by their father Fred, who made his fortune in the 1920s by developing a new oil refining process.

The Waltons are the richest family in America thanks to Walmart. Founded by Sam and Bud Walton in Rogers, Arkansas in 1962, Walmart is the largest business in the U.S. in terms of revenue, with $482 billion in sales.