Lee Kum Sheung laid the foundation for his heirs' $14.7 billion fortune 131 years ago in Guangdong, China, when he invented oyster sauce. Yep, $14.7 billion from Lee's accidental discovery of oyster sauce. In 1888, Lee Kum Sheung was running a small tea house in Nanshui, Zhuhai, Guangdong province. He served cooked oysters to the villagers. One day, while he was cooking the oysters, he forgot to put the fire out in the stove. Soon, a strong odor permeated the tea house and he rushed back to the kitchen, worried that the oysters were overcooked. He found a thick layer of dark brown paste covering the wok. The paste tasted fabulous. Oyster sauce was born.

Lee's tea house continued to be successful. Then, in 1902, disaster struck. A fire swept through the village and burned down half the street on which Lee's shop and home were located. Lee and his wife escaped the fire with their five children but lost everything. He moved his business and family to Macao after the fire and ran a small grocery store, and continued to produce the oyster sauce he was known for. Lee died in 1929 and the business was passed on to his sons. 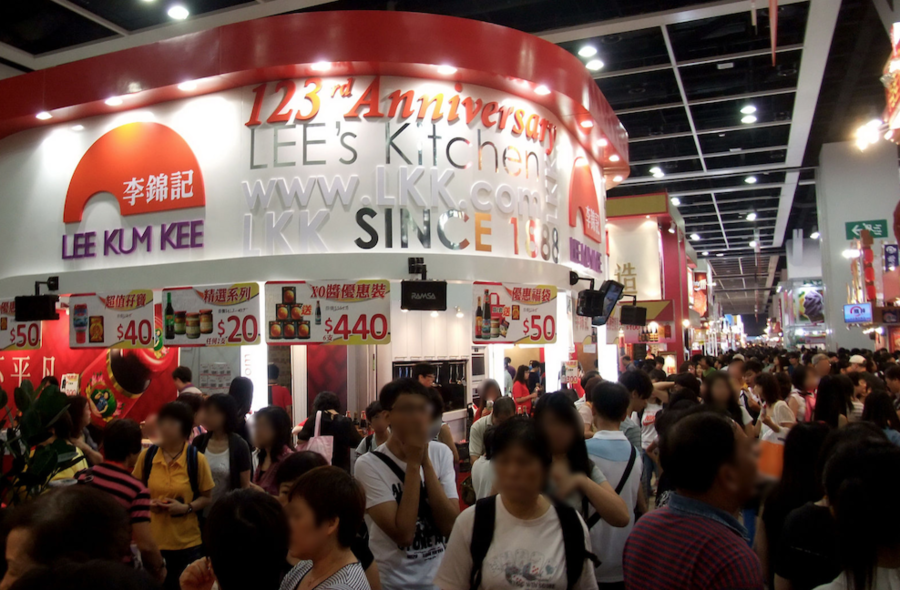 Lee Kum Sheung's third son Lee Siu-nam took over the family business in 1920 and opened a branch office in Hong Kong in 1932. He later moved the company headquarters to Hong Kong. In 1972, Lee Man-tat, Lee Siu-nam's older son suggested expanding the business to the mass market. His uncles opposed the idea, so Lee Man-tat bought back all the shares of the company with his father's approval. Lee Man-tat then introduced Panda oyster sauce, a more affordable oyster sauce, to the mass market, after President Richard Nixon was presented with a panda from the Chinese government.

In 1986, Lee Man-tat wanted to expand the factory. His younger brother, who had a 40% stake in the business, was against the idea. So, Lee Man-tat put together HK$80 million and bought his brother's shares. He now had total control of the company. Over the years, his five children joined the company.

Today, 131 years later, Lee Kum Kee's oyster sauce and other products are popular across the globe. The company has factories in mainland China, the U.S. and Malaysia. The company's headquarters are in Hong Kong, where Lee moved in 1932. The Hong Kong facility is the smallest in the company and only makes the premium line of oyster sauce – and 120,000 bottles of it every day. Lee Kum Kee makes a variety of products including a soy sauce specifically for Cantonese-style steamed fish to wasabi flavored salad dressing.

Lee Kum Kee was and still is a family business. Today the company is run by Lee Kum Sheung's descendant Lee Man-tat, chairman of Lee Kum Kee. The family fortune has doubled over the last year. Lee's son Charlie runs the oyster sauce business. His other son, Sammy, runs the very successful LKK Health, which makes and markets traditional Chinese medicine products in mainland China. In 2016, LKK Health brought in $3.5 billion in revenue. It is now bigger than the food product business. In 2017, the Lee family bought London's "walkie talkie" office building for $1.7 billion.