By Amy Lamare on December 10, 2019 in Articles › Billionaire News

Below are the Premier League's richest owners in ascending order as well as how they made their money.

How he made his fortune: John Henry began his career trading agricultural futures and opened his own company, John W. Henry and Company, in 1981. He is the owner of the Boston Red Sox, the Liverpool F.C., co-owns Roush Fenway Racing and the Boston Globe. He's been the owner of Liverpool FC since October 2010. 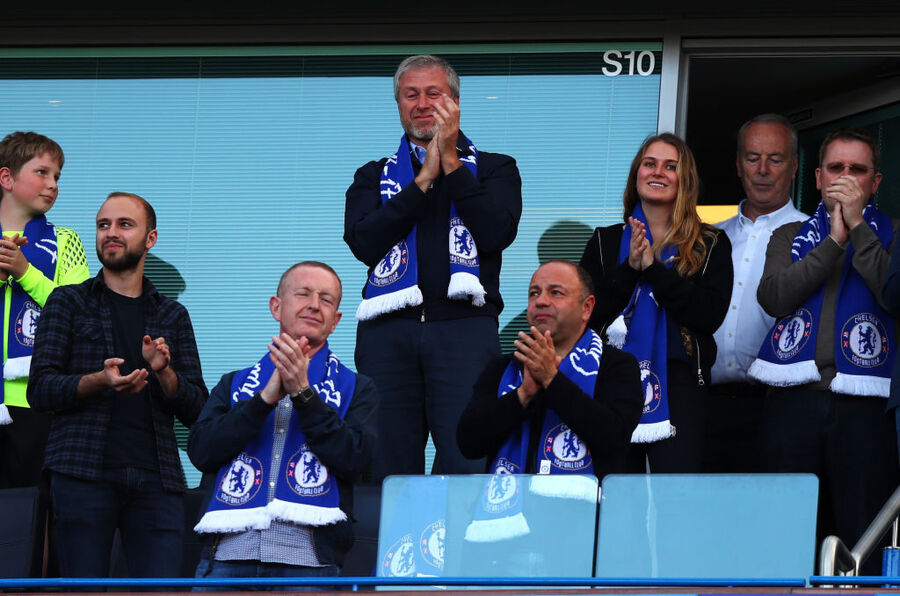 How he made his fortune:  Joshua Harris is a co-founder of Apollo Global Management, a private equity firm that has been working with alternative asset management and capital investing for more than 20 years. Joshua and his partners bought the New Jersey Devils NHL team in August 2013. He is also a key investor in the Philadelphia 76ers, which he bought along with his partners in 2011. He owns 18% of Crystal Palace alongside his partners David Blitzer and Steve Parish.

How he made his fortune: Farhad Moshiri accumulated his wealth as a sole owner or shareholder in numerous steel and energy companies in Britain and Russia. He started his career as a chartered certified accountant and worked for Ernst & Young, PKF and Deloitte. He became partners with fellow billionaire Alisher Usmanov in the early '90s and together they invested in several projects. The two are co-owners of Red & White Holdings, which acquired 14.65% of the shares in Arsenal Football Club. He sold his stake in Arsenal to fund the purchase of Everton.

How he made his fortune:  Malcolm Glazer got into real estate investing in single-family homes, duplexes, and commercial buildings in Rochester, New York in 1956. He eventually moved into specializing in the ownership and management of mobile-home parks mainly in Florida. In 1963, he bought the National Bank of Savannah in upstate New York. In 1973, he bought the first of five nursing homes he was to own, the West Hill Convalescent Center in Hartford, Connecticut. In 1976, he purchased three television stations for $20 million including WRBL in Columbus, Georgia. In 1984, he founded First Allied Corporation, a holding company for his various endeavors where he served as president and chief executive officer. First Allied has invested in a diverse portfolio of international holdings and public companies including First Allied, Houlihan's Restaurant chain, Harley Davidson, Formica, Tonka, and Omega Protein. Glazer purchased the Tampa Bay Buccaneers franchise on January 16, 1995. Glazer acquired ownership of the soccer club Manchester United in a $790m takeover by gradually buying out United shareholders between 2003 and 2005. Glazer died on May 28, 2014. His wife and children retain control of the Tampa Bay Buccaneers and Manchester United as well as First Allied.

How he made his fortune: Often dubbed as China's Warren Buffet, Guo Guangchang is co-founder and chairman of Fosun International Limited, the largest private-owned conglomerate in Mainland China. Headquartered in Shanghai but incorporated in Hong Kong, the group holds business interests in pharmaceuticals, real estate, mining, steel, retail, publishing, finance, and asset management.

How he made his fortune: Aiyawatt's father Vichai Srivaddhanaprabha earned his fortune as the CEO and founder of King Power Duty Free which operates duty-free shops around Thailand. The company generates over $2 billion per year in annual revenue. At the time of his death in a helicopter crash in October 2018, Vichai was the third richest person in Thailand. He was also notable internationally as the owner of several professional sports teams. Vichai Srivaddhanaprabha purchased the English soccer team Leicester City in 2010 for $50 million. After the team won the biggest underdog victory in sports history (the 2016 Premier League title) he became a God around Leicester City.

How he made his fortune: Joe Lewis started netting his wealth in the 1980s and 1990s when he began to deal with currency trading. Actually, the big money-making event happened in September 1992 when Lewis teamed up with George Soros to bet on the pound crashing out of the European Exchange Rate Mechanism. This made Lewis very rich.

How he made his fortune: A member of the wealthiest family in Egypt, Sawiris assumed

the position of CEO at his father's construction company, Orascom Construction, in 1998. Orascom is the most valuable publicly-traded company in Egypt, and also has large holdings in the United States and Brazil. In addition to his work at Orascom, Nassef Sawiris also serves as a Director of Adidas.

How he made his fortune: Mike Ashley made his fortune in the sporting goods industry through his retailing group Sports Direct. He started his sports-clothing chain after leaving school in 1982. He remained the company's sole owner until a 2007 IPO when he also sold a portion of the company and pocketed $1.8 billion. Later that year, upon becoming a billionaire, Ashley spent around £135 million to buy Newcastle.

How he made his fortune:  Stan Kroenke founded the Kroenke Group in the early 80s. The company focused on developing shopping centers and apartment complexes. After he married Ann Walton Kroenke, one of the Walmart heirs, he also began developing Walmart shopping centers. In the early 90s, he founded THF Realty, a development firm focused on suburban areas. In the mid-90s, he shifted his focus to sports team ownership and launched Kroenke Sports Enterprises. In addition to Arsenal, he is the full owner of the St. Louis Rams, the Denver Nuggets, and the Colorado Avalanche.

How he made his fortune: Roman Abramovich started a number of businesses before making his fortune in the oil and metals industry. In 2005, he sold his 73% stake in Sifnet to Russian oil giant Gazprom for $13 billion. Today, besides owning Chelsea, he is the owner of the world's largest yacht, the 533-foot Eclipse.

How he made his fortune: Sheikh Mansour was born in Trucial States in November 1970. He is the deputy prime minister of the United Arab Emirates and his full name is Mansour bin Zayed bin Sultan bin Zayed bin Khalifa Al Nahyan. Sheikh Mansour is also the minister of presidential affairs and he is a member of the ruling family of Abu Dhabi. He is the owner of a number of soccer clubs across the world, including Melbourne City, New York City, and Manchester City.