If you want to become a billionaire at a young age (and don't come from a family with a billion-dollar fortune), technology is the industry to go into. Think about all the billionaires now in their 40s, 50s, and 60s who've been billionaires for decades already – Peter Thiel, Elon Musk, Sergey Brin, Larry Page, Jeff Bezos, and Bill Gates come immediately to mind. One thing they all have in common (besides being in their late 40s to early 60s) is that they made their fortunes in the tech industry.

Over the last decade, the rate of young tech founders reaching the ranks of the billionaires club before their 30th birthday has accelerated. Furthermore, this trend shows no signs of slowing down anytime soon. And while the tech revolution that has been minting young billionaires for decades started in the U.S., it has now spread across the globe. There are roughly 143 tech billionaires in the world with an average net worth of $6 billion. The average worth of billionaires who did not make their money in tech is half that $3 billion. Why the discrepancy? If you ask Peter Thiel, he'd tell you that tech companies have an edge because they are relatively easy to scale and grow. Tech companies also have relatively low operations costs and large profit margins. This is a theory he espoused in his bestselling book "Zero To One."

Let's take a look at the 10 (11 people over 10 spots counting the Collison brothers from Stripe as one entry) youngest tech billionaires in the world right now. 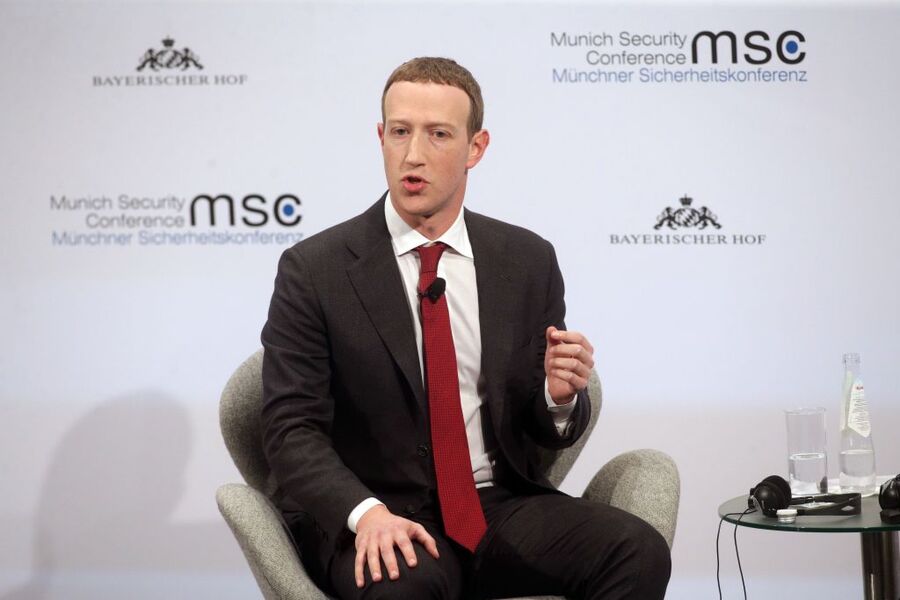 John and Patrick Collison are brothers who co-founded Stripe. They hail from Ireland and co-founded Stripe in San Francisco in 2010. The company received an investment of $2 million from Peter Thiel and Elon Musk in 2011. In November 2016, the Collison brothers became the world's youngest self-made billionaires when a round of funding valued their mobile payment company at $9.2 billion.

Austin Russell founded Luminar Technologies when he was 17. His net worth has soared to $2.4 billion after his company went public on the Nasdaq in late 2020. Luminar is a self-driving car startup that is currently valued at $10.5 billion. This makes him the youngest self-made billionaire. He's also one of the first billionaires to emerge from the self-driving car industry. Investors in Luminar include Peter Thiel who helped Russell get Luminar started when he made him a Thiel Fellow in 2012.

Pavel Durov founded the Russian social networking site VK and the Telegram Messenger. He started VKontakte (VK) in 2006, the same year he graduated from college. He was dismissed as the VK CEO in 2014 when he claimed the company was taken over by Vladimir Putin's allies. He left Russia with no plans to go back. Durov donated a million dollars to the Wikimedia Foundation and is the subject of the Russian book "The Durov Code: The True Story of VK and its Creator."

Drew Houston is the founder and CEO of the online storage and backup company, Dropbox. Houston first came up with the idea for his company when he was a computer science student at Massachusetts of Information and Technology. Absent-minded Houston kept leaving his USB drive behind at his dorm. So his solution was to invent something where he could store (and backup) his college work online and access it from any computer, making life a little easier.

Daniel Ek is a Swedish technology entrepreneur who founded the music streaming service Spotify in 2006. Spotify operated exclusively in Europe for three years before launching in the US in 2011. Today When Spotify went public in April of 2018 at a valuation of $28 billion, Ek was left with a paper net worth of around $2.6 billion. At the time of the IPO, Spotify had 71 million paying subscribers and $5 billion in annual revenue. Today, Spotify has more than 140 million paid subscribers and a valuation of roughly $60 billion.

Frank Wang founded Dajiang Innovation Technology Co. (DJI), which accounts for 70% of the consumer drone market. Wang launched DJI out of his dorm room in Hong Kong in 2006. Now he is on a mission to make his company as successful as other top Chinese companies, like smartphone manufacturer Xiaomi and e-commerce website Alibaba. However, unlike those two examples, DJI is poised to be the first Chinese company to lead its industry.

Evan Spiegel co-founded Snapchat with Bobby Murphy and Reggie Brown while they were students at Stanford. In August 2014, Snapchat took on an investment from Venture Capital firm Kleiner Perkins that valued the company as a whole at $10 billion. On March 2, 2017, Snap Inc. debuted on the New York Stock Exchange. The company was expected to go public at $17 per share but actually opened up at $24. On the day of the IPO Spiegel sold 16 million shares resulting in a $272 million pre-tax windfall (roughly $180 million after taxes). At the time Snap began trading, Spiegel became one of the youngest public company CEOs; he was 26 years old at the time. Today Snap Inc has a valuation of $22 billion.

Airbnb founder Brian Chesky landed in San Francisco in October 2007. He planned to crash with his friend Joe Gebbia. The two young men agreed to split the rent on Gebbia's place. The only problem was, Chesky's half of the rent was $1,150 and he only had $1,000. The week Chesky got to town, San Francisco was hosting the huge Industrial Designers Society of America conference and all the hotel rooms in the city were sold out. Chesky and Gebbia had an idea. They decided to turn their house into a bed and breakfast for conference attendees. They didn't have extra beds or even bedrooms, but they did have three air mattresses. They inflated them and called themselves Airbed and Breakfast. Three people stayed with Chesky and Gebbia over the conference. They each paid $80 a night. For the price, they also got free breakfast and a tour around the city. And with that, a $100 billion idea was born.

Zhang Yiming founded the Chinese tech company ByteDance in 2012. The content platform had more than 800 million daily users and a valuation of $75 billion by 2019, making Zhang a billionaire several times over. However, these days, Zhang is better known for ByteDance's most popular product: TikTok.

Mark Zuckerberg founded thefacebook.com from his Harvard dorm room on February 4, 2004. He dropped out of Harvard in his sophomore year to move to Palo Alto to focus on Facebook full time. Facebook made its IPO in May 2012, making Zuckerberg worth $15 billion instantly. His net worth broke the $100 billion barrier for the first time on August 7, 2020.