The 10 Youngest Billionaires In The World Right Now

The 10 youngest billionaires in the world right now range in age from 18 to 29. Just four of them are self-made, including Austin Russell, Andy Fang, and Stanley Tang. Russell is the founder of Luminar Technologies. He dropped out of Stanford after getting a $100,000 fellowship from Peter Thiel. His company makes sensors for self-driving cars. He is the youngest self-made billionaire at 26.

Fang and Tang are the founders of DoorDash, which went public in December after seeing an enormous increase in customers during the pandemic. The fourth self-made billionaire on this list is Sam Bankman-Fried who founded and runs two crypto firms. The youngest billionaire on the planet is 18-year-old Kevin David Lehmann. His father transferred a large stake in the family's chain of German drugstores to him when he was 14, but it remained in a trust until he turned 18.

Bankman-Fried launched Alameda Research which manages $2.5 billion in assets. He also founded the crypto trading platform FTX. He also plans to make as much money as he can so that he can give it away. 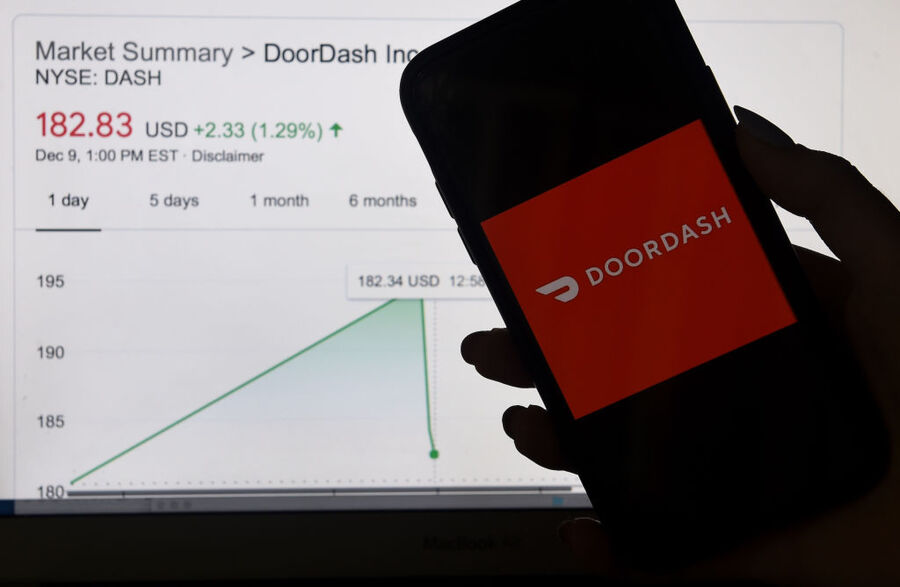 DoorDash co-founders Andy Fang and Stanley Tang each own 4.2% of the company. DoorDash's last funding round before going public raised $400 million in operating capital and valued the startup at $16 billion. The IPO pricing was set to value DoorDash at somewhere between $23 billion and $32 billion. As of this writing the company has a market cap of $46 billion.

Witzøe officially came into his wealth in 2013 when his father gifted him nearly half of the shares in his massively successful salmon company SalMar ASA, which is one of the biggest producers of salmon in the world. The gift made him the holder of the largest fortune in Norway, but he tends to explore other avenues of personal expression outside of the salmon business. For instance, he has a genuine professional modeling contract with Next Models Worldwide in his native Norway. This is in addition to numerous other business ventures, such as his investments in startups like Snapchat alternative Gobi, and Key Butler, marketed towards heavy-use Airbnb landlords.

Russell founded self-driving car company Luminar Technologies when he was 17. Now at 26, his net worth stands at $2.4 billion.

Austin dropped out of Stanford in 2012 after receiving a $100,000 grant from investor Peter Thiel. His company went public on the Nasdaq in 2020. Russell holds 104.7 million shares of his company, roughly one-third of all available shares. As of this writing Luminar has a market value of $5.5 billion.

In 2007, Alexandra and Katharina's father, Johan Andresen, transferred his shares of Ferd Holdings, Norway's biggest company, to his daughters. The Andresen family made a massive fortune in the tobacco industry. Alexandra and Katharina's great, great, great grandfather founded Norway's biggest cigarette company. That company was sold for $500 million in 2005 and the money was invested in hedge funds and real estate. Needless to say, those investments did very, very well.

Lehmann is officially the youngest billionaire in the world, a title once held by Alexandra Andresen and Kylie Jenner. He officially inherited his father's 50% stake in the family's chain of drug stores on his 18th birthday.