The 10 Richest Women of All Time – Inflation Adjusted

By Amy Lamare on September 21, 2017 in Articles › Billionaire News

Throughout history, men have typically been thought of as titans of industry and have been considered the "money makers." Basically, vast fortunes are often assumed to have come from a man's work. In the olden days, the law prevented women from owning property – which didn't help the fairer gender's cause, when it came to amassing a fortune. The sad fact is, women with a huge personal net worth are very much a modern phenomenon.

The following 10 women span eras and centuries. They are also not JUST heiresses: we've focused on women who either created their own wealth, or if they did inherit it, have taken an active role in managing and growing their fortune. Because of this, Wal-Mart heiresses Alice Walton and Christy Walton don't make the list, even though Alice Walton is the richest woman in America.

Comparing these women's wealth over different centuries is challenging, so this ranking is initially based on the comparison of an individual's net worth to total the global economic output of their era. That's why, on this list, you won't see Oprah Winfrey ($3.2 billion) or Theranos' Elizabeth Holmes ($4.5 billion). These two women, while extraordinarily wealthy and self-made, don't have enough money, relative to the current global GDP, to make the list. Once the top 10 women were narrowed down, we ranked the modern ones, according to current net worth, and the ones from ancient eras by perceived net worth, adjusted for inflation.

Yang Huiyan is heir to her father's enormous Chinese real estate empire. However, she is also quite a businesswoman in her own right and she is a member of the governance board of Country Garden, a property development company. She was hit hard by the economic recession in 2007. She started off with a $16.2 billion fortune, but following the financial crisis, her net worth plummeted to $5.2 billion.

Charlene De Carvalho-Heineken is the only child of Freddy Heineken, who served as CEO of the world's third largest beer company from 1971 to 1989. When Freddy Heineken died in 2002, Charlene inherited his $4.8 billion fortune and a 50% controlling interest in the family beer business. De Carvalho-Heineken was instrumental in choosing the company's current CEO, Jean-Francois van Boxmeer. Under his reign, Heineken has experienced rapid growth with the acquisition of more than $30 billion worth of breweries. 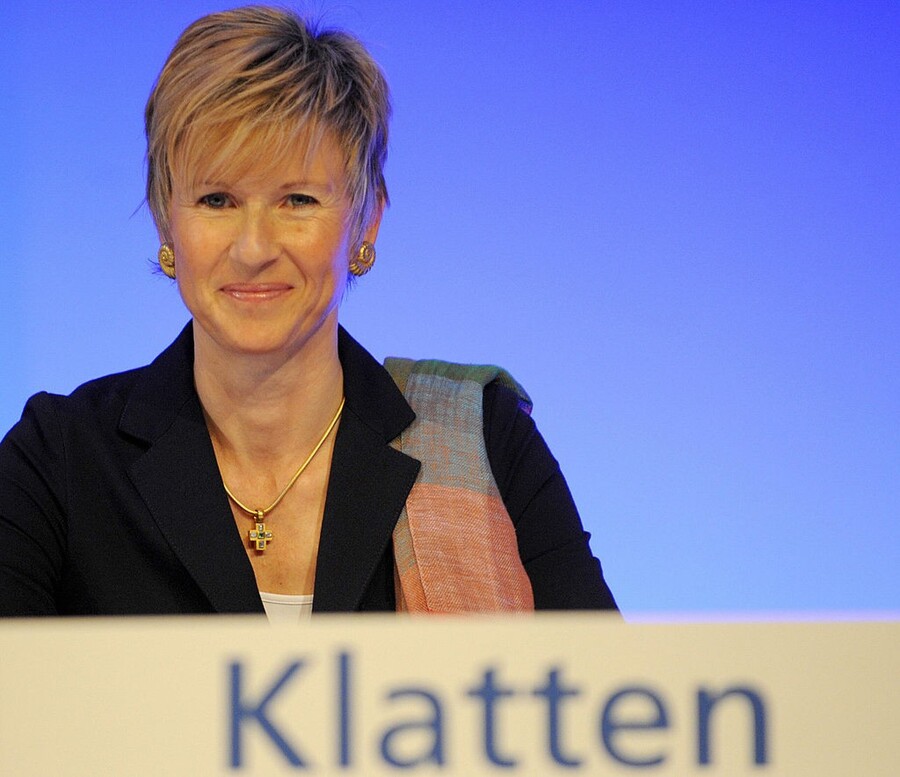 Susanne Klatten is the richest woman in Germany. Susanne, her mother Johanna, and brother Stefan own nearly 50% of BMW.  But Susanne is not your ordinary heiress. She is an educated economist who also controls chemical manufacturer Altana and has worked since she got out of college. She worked for the advertising agency Young & Rubicam in Frankfurt for two years in the early 80s. She had a number of hands-on internships in her family's business empire. She gained further business experience in London with Dresdner Bank, the Munich branch of management consultants McKinsey, as well as the bank Reuschel & Co.  In many cases of her employment, whether in a family owned company or not, she worked under the assumed name Susanne Kant so as not to receive special treatment and be approached and treated on her own terms, not those dictated by her inherited wealth.We think that's pretty cool and down to earth.

Anne Cox Chambers is the sole surviving daughter of James M. Cox, the founder of privately held media conglomerate Cox Enterprises, and his second wife Margaretta Parker Blair. Cox inherited her father's business interests and she is the majority owner of the media giant that generates around $16 billion in annual revenues. She worked in the family business in various capacities for decades. She held a seat on the board of the company that includes such subsidiaries as Cox Communications (broadband and cable), Cox Media Group (newspapers, TV and ration stations), Manheim (car auctions), and AutoTrader.com well into her 90s. In November 2015, the now-96-year-old businesswoman stepped down from the board, distributing her stake to her three heirs

Liliane Bettencourt was the sole heir to L'Oreal, the largest cosmetics company in the world, which was started by her father. In 1957, at the age of 35, Liliane inherited the L'Oreal empire when her father passed away. She held an active seat on the L'Oreal Board of Directors until 1995. She was also a large shareholder in Nestle. Liliane was not involved in running the company for the majority of her adult life. She died on September 21, 2017 at the age of 94, one month to the day shy of her 95th birthday.

Queen Isabella I of Castile was, in her era, one of the richest monarchs in the world. Then she got even richer by marring her cousin Ferdinand of Aragon, which enabled her to consolidate her control over all of Spain by reclaiming the Iberian Peninsula and expanding into the New World. At the time of her death in 1504, she had an annual income of roughly 1.45 million ducats­–the gold coin that was Spain's currency. She possessed the most valuable jewels and tapestries in the world at the time. As for Isabella's net worth, 1000 ducats is pretty much equal to 110.7 ounces of gold. Gold is currently $1,230 per ounce. Queen Isabella I was making 1.45 million ducats a year…do the math.

Of course Cleopatra, one of the most legendary female rulers, is on this list. Cleopatra is remembered as much for her wealth and great beauty as she is for her mad skills in manipulating people for her own political gain. As pharaoh of Egypt, Cleopatra controlled some of the nation's largest industries at the time. It should be noted that Cleo wasn't always solvent enough to afford her life of luxury. She was known to borrow heavily from foreign investors to finance the many wars she waged during her reign.

Catherine the Great's rule over Russia gave her control of roughly 5% of global GDP in her era. She was helped by the fact that Russia is historically one of the largest empires in terms of land. Catherine is Russia's longest reigning female. Catherine hoped for liberal reform when she took the throne but changed her mind after the uprising of 1773.

Net Worth: Not Known

Hatshepsut was Egypt's first female pharaoh. She worked hard to convince her subjects that her reign was the will of the gods. Hatshepsut is the richest female head of state in Egypt's history. Hatshepsut rose to power after the death of her husband, who was also her half-brother. She controlled one of the ancient world's largest empires. She reigned for two decades and during that time had control over mines with vast stores of gold, copper, and precious stones.

Net Worth: Not Known

The tale of Empress Wu is a juicy one. You don't get to be the richest woman of all time without a little intrigue and bloodshed. Empress Wu rose to power in the Tang Dynasty. In fact, she was the concubine of two emperors who happened to be father and son. When the son, Emperor Gaozong, became ruler, Wu was single minded and ruthless about eliminating her rivals for his affection. Reportedly, she killed her own week-old daughter and blamed the crime on one of Gaozong's main consorts, Empress Wang. Wang was then imprisoned and killed and Wu rose to power. During her 15-year reign, the empire of China expanded its lands deep into central Asia, making it one of the largest empires in the world.