The 10 Richest People In Africa

By Amy Lamare on February 12, 2021 in Articles › Billionaire News

There's been a shakeup or two on the list of Africa's richest people this year. After a nine-year reign as the richest man in Africa, Nigeria's Aliko Dangote slips to second place. South Africa's Johann Rupert is the new richest person in Africa.  South Africa's Nicky Oppenheimer is the third-richest thanks to his family business, DeBeers diamonds. Africa's billionaires, like other places in the world, have fared just fine during the global pandemic.

Missing from this list is Isabel dos Santos. She's been the subject of ongoing probes into the corruption and nepotism that turned her into the richest woman in Africa. Her former multi-billion fortune has been seized due to a number of legal actions against her in Angola and Portugal. The attorney general of Angola charged Dos Santos with embezzlement and money laundering. As if all that wasn't enough for Isabel to deal with she's also dealing with the loss of her husband, Sindika Dokolo, who reportedly died in a scuba diving accident in October 2020.

Let's take a look at the 10 richest people in Africa. Four hail from South Africa, three are from Nigeria, two are from Egypt, and one is from Algeria. 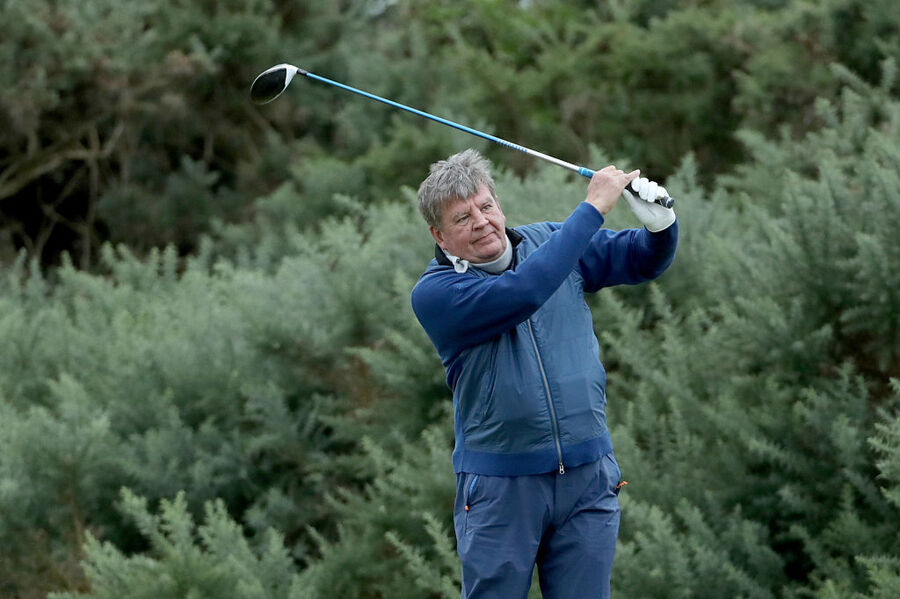 Koos Bekker founded the television company M-Net which went public on the Johannesburg Stock Exchange in 1990. The company was delisted and consolidated under Naspers after Bekker became the CEO in 1997. Bekker helped to transform the company into a media powerhouse that has investments in India, Russia, and China.

Folorunsho Alakija is Nigeria's first female billionaire. She began her professional career as an Executive Secretary in Lagos, Nigeria, while simultaneously launching her own tailoring business. Her company flourished, and she went on to become the National President and a Trustee for the Fashion Designers Association of Nigeria. In the early 90s, she applied for a license to begin prospecting for oil. It turns out, the plot of land she was granted was sitting on over one billion barrels of potential oil. She owns 60% of the drilling venture off the coast of Nigeria. After the billion barrels were discovered, the Nigerian government attempted to take the land grant back. A 12-year legal battle ensued that reached all the way to the Supreme Court of Nigeria. Folorunsho was victorious and her patience was rewarded handsomely. As soon as the legal verdict came down, Folorunsho was instantly worth billions of dollars.

Issad Rebrab rose to the billionaires' ranks thanks to his food business, Cevital. An accountant by training, he set up the business back in 1998. Prior to founding Cevital, he invested in one of his client's metal company in 1971 and expanded into food 27 years later. Even though he lives in a country with socialist policies hostile to entrepreneurs, Issad Rebrab has steadily led his company to success. His business became so successful that it made him Algeria's first-ever billionaire.

Along with his two brothers, Yasseen and Youssef, Mohamed Mansour has led the Mansour Group from one business boost into another. After finishing his education in the United States, Mohamed moved back to Egypt, and soon after, he expanded Mansour's portfolio by bringing in General Motors. He is also is both the founder and chairman of the Mansour Automotive Company, as well as the chairman of Mantrac, the authorized distributor of Caterpillar. Caterpillar made Mansour their sole distributor in six other African countries.

Mike Adenuga built his enormous fortune in mobile telecommunications and oil production. In 2006, he founded Globacom, the second-largest mobile phone network in Nigeria. With over 24 million customers in Nigeria, the company also operates in the Republic of Benin, where it recently acquired licenses to start businesses in Ghana and the Ivory Coast. What's more, his Conoil Producing is considered to be one of the largest independent exploration companies in Nigeria, with a production capacity of 100,000 barrels of oil per day.

Egypt's richest man, billionaire Nassef Sawiris,  purchased a 6% stake in Adidas in 2015, making him the single largest investor in the company. According to a statement released by Adidas, Sawiris's investment vehicle, NNS Holding, owns 4.3 percent of the company, while Sawiris owns a 1.7 percent stake of the company. Through investments in companies are usually not disclosed publicly, the announcement was required as a result of Mr. Sawiris having surpassed the five percent threshold in stock ownership.

Nicky Oppenheimer's grandfather served as Chairman of the De Beers diamond mining company starting in the 1920s. His father took over from his grandfather, and then, Nicky Oppenheimer became CEO. He saw the company through the economic downturn, and business increased by more than 50% in 2010. In addition to his work with De Beers, he also helms Greene and Partners Investments, a venture capital firm that focuses on building business in South Africa, and surrounding areas. He also controls a game preserve. In 2011, he sold his family's 40% stake in De Beers to Anglo American, a company his grandfather started in 1917.

Aliko Dangote owns the eponymous Dangote Group, which operates in the commodities field.  Dangote is based in Nigeria and also does business in other African countries, including Benin, Cameroon, Ghana, South Africa, Togo, and Zambia. He is the richest person in Africa. The Dangote Group employs more than 11,000 people in industries such as sugar refining, flour mills, food distribution, and cement. In fact, The Dangote Group's businesses account for one-fourth of all businesses on the Nigerian Stock Exchange.

Johann Rupert is the chairman of the Swiss luxury goods company Compagnie Financiere Richemont, which owns the brands Chloe, Cartier, and Montblanc, among others. Originally from South Africa, Rupert founded Richemont as a spinoff of Rembrandt Group Limited, which was founded by his father in the 1940s.