The 10 Most Generous People In The World

By Amy Lamare on February 25, 2016 in Articles › Billionaire News

The most generous people in the world can afford to be that way. A glance at this list tells you that some of the most famous people listed on the annual billionaires list are very generous. This list of the 10 most generous people in the world is ranked by total charitable giving to date. From Bill Gates to Carlos Slim Helu to Warren Buffet, there aren't many surprises here. So, to spice things up, we've also created a formula that expresses their total generosity, relative to their net worth. Chuck Feeney, for example, will have a number that is over 100%, because during his lifetime, he's donated more money to philanthropy that he is currently worth.

"No man can become rich without himself enriching others. The man who dies rich dies disgraced."

These 10 billionaires and millionaires have taken that message to heart, and with a total combined donation amount of over $200 billion, they are the top philanthropists in the world.

George Kaiser, founder of Kaiser-Francis Oil and chairman of BOK Financial Corporation gives to educational, health, religious, social, and community-development-related causes through the George Kaiser Family Foundation. He joined the Giving Pledge in 2010.

Through The Broad Foundation, KB Home cofounder and former SunAmerica CEO Eli Broad invests in public education, science, and the arts. The Eli and Edythe Broad Foundation and The Broad Art Foundation both work to improve communities and advance entrepreneurship. Broad gives to the arts through donations to the Museum of Contemporary Art–Los Angeles, the Los Angeles County Museum of Art, and the recently opened Broad Museum.

Carlos Slim Helu has had a rough year. He's fallen from the second richest person in the world to the fourth. That hasn't dampened his sense of philanthropy though. He donates though his foundation, the Fundación Carlos Slim Helú. He has given $100 million to the World Wildlife Fund for conservation of Mexico's natural environment. 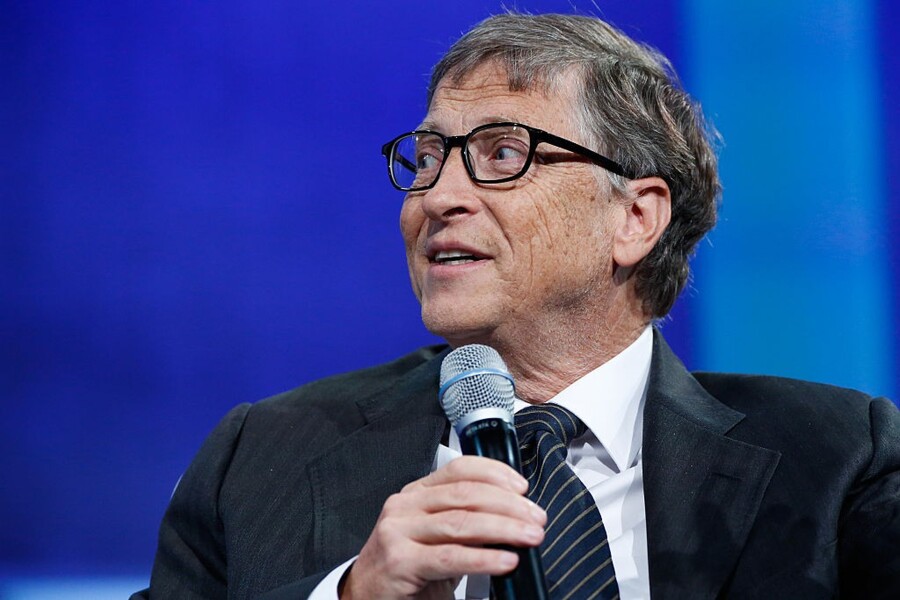 Intel co-founder Gordon Moore retired in 2006 to focus on philanthropic efforts. Together with his wife, Moore runs the Gordon and Betty Moore Foundation. The focus of giving for his foundation is on environmental conservation, science, patient care, and the community of San Francisco.

Sulaiman bin Abdul Aziz Al Rajhi co-founded Al Rajhi bank in 1957 with his three brothers. It grew to become one of the largest Islamic banks in the world and gave Al Rajhi a net worth in the 10- digit range. In 2013 he turned his focus towards philanthropy and endowed his holdings in the bank to the Sulaiman bin Abdul Aziz Al Rajhi Endowments Holding Company. His charitable foundation gives to educational, religious, health, and social causes.

Chuck Feeney is a legend in philanthropy. Not only did he sign the Giving Pledge and vow to give away half his income, he actually went one step further—he vowed to give away ALL of his wealth before he died. Feeney's foundation, The Atlantic Philanthropies, supports education, science, healthcare, and civil-rights causes across several countries, including the US, Ireland, Vietnam, and Bermuda.

Azim Premji is the chairman of Wipro, an Indian consulting and IT company. He also works to reform India's school and examination systems. He has introduced programs such as the Computer Aided Learning Program, which provides computer training in 18 languages, and Azim Premji University, a nonprofit university that awards degrees in teacher training.

George Soros is the founder of Soros Fund Management. He currently is the chairman of his philanthropic foundation, the Open Society Foundations, which he founded in 1979 and which donates to social services, health, education, and community development. Open Society is best known for its focus on human rights.

The Oracle of Omaha is as well known for his business acumen as he is his charitable giving. In 2011 he partnered with the Bill and Melinda Gates Foundation to create the Giving Pledge. However, back in 2006, Buffett had already vowed to donate 85% of his wealth to the Bill and Melinda Gates Foundation and a handful of foundations set up by family members.