The 10 Biggest Billionaire Net Worth Winners Of 2021

By Brian Warner on December 28, 2021 in Articles › Billionaire News

For most of the world's citizens, 2021 was yet another bummer of a year. The pandemic somehow seems to be getting WORSE. Inflation has made everything more expensive. Real estate prices continue to soar. Gas prices shot way up. According to CNN, milk is more valuable than gold. Our pets heads are falling off!!

On the other hand, for the richest people in the world, 2021 was another absolutely amazing year.

In July 2021, for the first time in history, there were 10 people on the planet with net worths greater than $100 billion.

These centi-billionaires all saw their fortunes rise as we non-billionaires spent 2021 mostly at home AGAIN, ordering products off Amazon, speculating on Tesla stock, Googling stuff while watching YouTube in the background or mindlessly scrolling Instagram/Facebook/Whatsapp.

The 10 billionaires below are the biggest net worth winners of 2021. Collectively, these 10 individuals saw their net worths increase by $500 billion.

There are a few surprises on the list including one person that you've probably never heard of, and the fact that Jeff Bezos is missing altogether. Bezos' net worth increased a paltry $6 billion in 2021. That wasn't enough to place him in the top 40 of biggest gainers despite the fact that he still sports the second-biggest fortune in the world with a net worth of just under $200 billion.

Mark Zuckerberg is probably the least-popular billionaire in the world. But popularity and stock price are not connected. In 2021 Facebook's share price increased a little under 30% as we all sat at home watching Instagram stories for three hours a day. And yes, I realize Facebook is now technically "Meta Platforms Inc.," but come on. No one will ever refer to that company as "Meta."

You may not have heard of Zeng Yuqun, but if you drive an electric vehicle you've made him a little richer. Zeng is the founder of battery manufacturer Contemporary Amperex Technology Limited (CATL). CATL has seen its fortune soar because it is the primary maker of the batteries and energy storage systems used by all the major car companies. Honda, BMW, Tesla, Volvo, Daimler and Toyota all get their batteries from CATL. CATL went public on the Shanghai Stock Exchange in June 2018 at $53 a share. Today CATL stock trades at $578 and has recently come close to $700.

Larry Ellison had an amazing 2021. First, his primary source of wealth, Oracle, saw its stock price increase 40% in the year. This is the primary reason Larry saw his net worth top $100 billion for the first time in his life. Larry also benefited from Tesla's soaring stock price. Tesla was up around 50% in 2021. Back in 2018 Larry paid $1 billion for what was then 3 million shares of Tesla. After a stock split, he became the owner of 15 million shares. Those 15 million shares are worth around $15 billion today! To reward himself, in April of 2021 Larry paid $80 million for a mansion in Palm Beach, Florida. Best of all, by moving his full-time residence from California to Florida Larry will no longer be subject to state income tax. By our calculation Larry will pay for the $80 million mansion in just FOUR MONTHS with his tax savings from Oracle dividends alone.

Gautam Adani is the founder and chairman of the Adani Group, which in April 2021 became just the third Indian corporation in history to surpass a $100 billion market cap. Adani owns ports, renewable energy systems, mining (especially for commodities like steel)… and more. Basically every department in his growing empire saw its fortunes rise as the global supply chain melted down. In 2021 Gautam Adani surpassed Mukesh Ambani to become the richest person in Asia for the first time in his life. 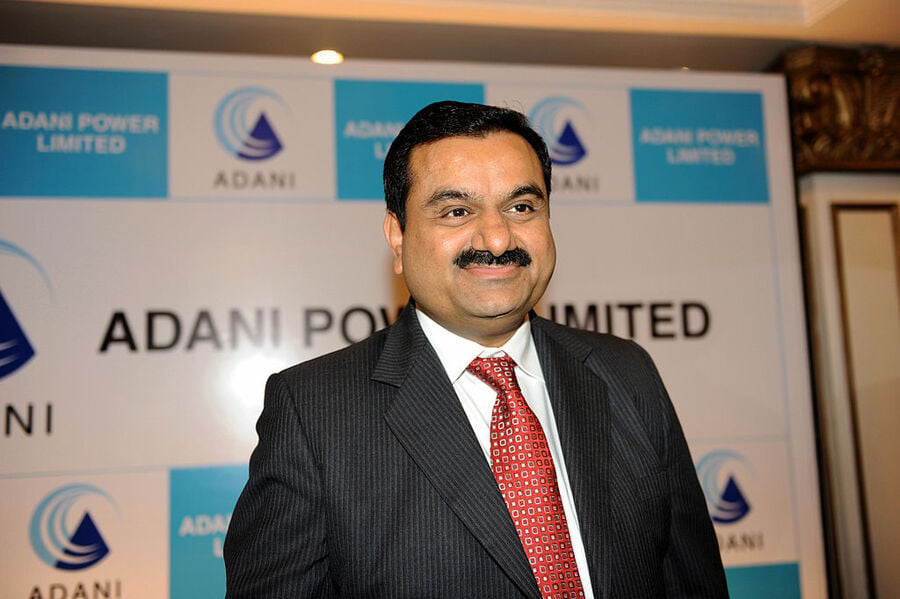 The Google boys gained a combined $92 billion in 2021 as the share price in their holding company, Alphabet Inc, gained 71%. That's an especially impressive gain considering at the end of 2020 the United States government filed not one, not two, but THREE anti-trust lawsuits against the company. At the same time Google also separately faces a Congressional committee looking to enforce regulations that could ultimately cause fundamental portions of the Google empire to be broken up or made illegal. But no matter! In 2021 Larry and Sergey joined the $100 billionaire club for the first time and the end the year as the fifth and sixth richest people on the planet.

Bernard Arnault is the CEO of luxury conglomerate LVMH. LVMH's stock plummeted in the middle of 2020 when we thought the world was ending and no one would need to buy luxury goods ever again. But the world didn't end. In fact, the world's richest saw their fortunes explode. And what do rich people buy when they have extra income? Luxury products. Especially those made by LVMH like Louis Vuitton bags, Moet champagne, Christian Dior, Givenchy, Tag Heuer watches, yachts and more…

It was truly a historic year for Elon Musk. First off, Elon ends 2021 as the biggest gainer in the world, adding $125 billion to his net worth in the year. It was the second year in a row where Elon was the biggest gainer. And just for some perspective, if you traveled back two years ago to January 1, 2020, Elon's net worth was $28 billion.

Elon's wealth surge came thanks to Tesla's 50% year-to-date share price increase AND SpaceX's ballooning private valuation. In February SpaceX raised money at a $74 billion valuation, a $30 billion jump over its previous valuation round.

In October, a Morgan Stanley analyst predicted Elon will become the world's first trillionaire thanks not to Tesla… but SpaceX.