By Amy Lamare on August 5, 2016 in Articles › Billionaire News

Donald Trump is backpedaling on the Russia thing. He insisted last week that he isn't friends with Vladimir Putin, that he was only kidding when he invited Russia to hack Hillary Clinton's emails, and that he really doesn't know any Russians. And hey, maybe he WAS kidding. Except… there was that one time when he sold a mansion to a Russian billionaire for almost $100 million.

This came up when the press asked the Donald about the buzz that Russia was behind the recent hack of the Democratic National Committee's email server. The media (and Democrats) are claiming that it was done deliberately, to help Trump's campaign. 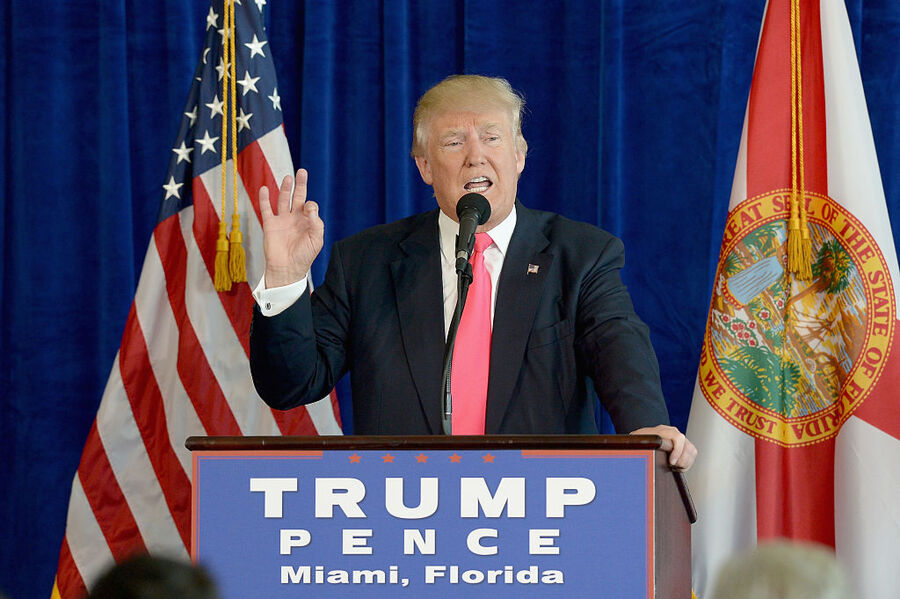 Except, you know, like we said, that one time.

"What do I have to do with Russia? You know the closest I came to Russia, I bought a house a number of years ago in Palm Beach, Florida… for $40 million and I sold it to a Russian for $100 million including brokerage commissions."

It started as a the kind of deal the Donald is known for – his signature deal – snapping up a property at a rock bottom, bargain basement price. That was the case with the Maison de L'Amitie in Palm Beach, Florida. The enormous 81,738 square foot beachfront estate has 467 feet of beautiful beach facing the Atlantic Ocean on its 6.2 acres. It once belonged to millionaire Abraham Gosman. Gosman owned health care properties across the U.S. A downturn in the stock market led to his bankruptcy and the mansion went on the market.

Trump grabbed the property at a Chapter 7 Bankruptcy auction for $41 million in 2004. He sold the property for $95 million four years later.

Officially, Trump sold the mansion to County Road Property LLC, which is a front for Russian billionaire Dmitry Rybolovlev.

Dmitry Rybolovlev is Monaco based Russian fertilizer billionaire and real estate magnate, with a $9.8 billion net worth. He also has a majority stake in the football club AS Monaco. Rybolovlev is probably best known to Celebrity Net Worth readers as the man who nearly had the most expensive divorce in history.

However, the oligarch never moved into the mansion. In fact, according to Palm Beach planning and zoning records, Rybolovlev is planning to tear down the mansion.

Given the history of Rybolovlev's divorce case, it is easy to see why he'd have such a valuable asset so far from his home base. His divorce was called "the divorce of the century." The case was a seven-year battle in which his wife was ultimately awarded $4.5 billion. Rybolovlev appealed that ruling and ended up "only" having to pay his ex-wife Elena $604 million.

Trump likely pointed out this deal to show how he made more than $50 million from a Russian. However, it does not exactly lay out a path that ties him to Vladimir Putin, which the media and Democratic Party have been harping on.