By Joseph Gibson on June 8, 2016 in Articles › Billionaire News

The founder of both SpaceX and Tesla, Elon Musk, is known for his sometimes provocative statements, especially within the worlds of science and technology. At the recent Code Conference 2016 in California, the eccentric tech billionaire continued the trend by conveying his evidently sincere belief that all life and existence as we know it is in all likelihood an extremely advanced computer simulation by some advanced species (that may or may not be on Earth).

How insane that sounds to you probably depends on how familiar you are with the "simulation hypothesis," which is a real school of thought and not just something Elon Musk came up with in a drug-induced haze. It's a pretty complicated idea, and one that has a lot of different variations, but the basic layman's version is that if you assume technology would one day be able to create computer simulations of life that are indistinguishable from reality, and that they eventually become commonplace enough for large populations to create or participate in, the number of people (or "people") living in a simulation would exponentially outnumber those that are living in the real world. As Musk put it, the chance that we're one of the lucky (?) few to be real flesh-and-blood humans and not bunches of computer code is "one in billions." 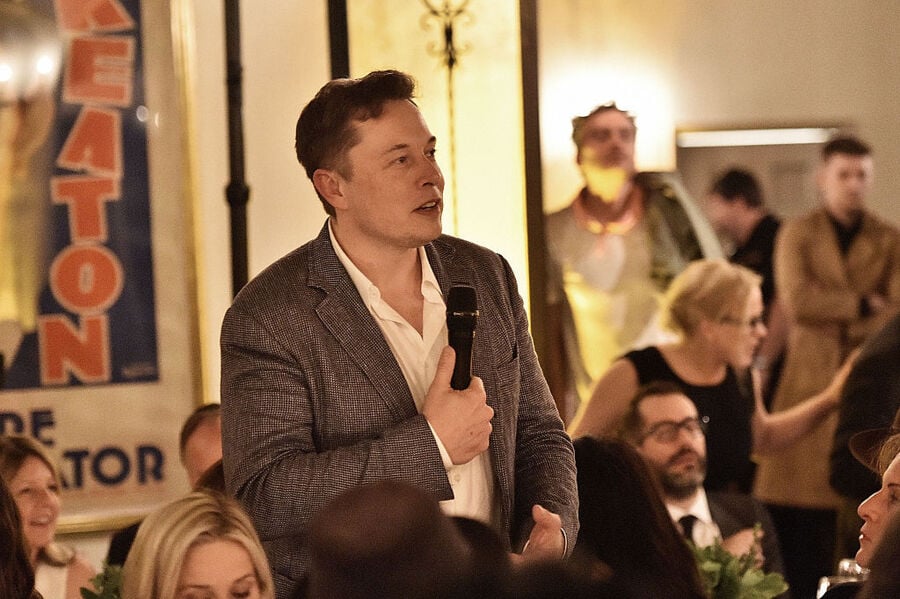 It's the kind of thing that's liable to keep you up at night, so I don't blame you for not dwelling on it. But the bad news is that Musk's alternative scenario isn't much more comforting: "Otherwise, if civilization stops advancing, then that may be due to some calamitous event that stops civilization." So maybe we should just enjoy our probable video game reality while we still can.

Musk also spoke on other subjects during the conference, like the future of his SpaceX and Tesla companies, and teased a "big reveal" related to the hotly anticipated Tesla Model 3 before the end of the year. He also said that SpaceX would be making its first mission to Mars in 2018, due to our planet's closest-possible distance at that time, and in case that's not science-fictional enough for you, he had this to say on the subject of artificial intelligence:

"The benign situation with ultra-intelligent AI is that we would be so far below in intelligence we'd be like a pet, or a house cat. I don't love the idea of being a house cat."

Of course, according to the simulation hypothesis, we may already be house cats that are hooked into the Matrix to keep us from complaining.

You can watch Elon Musk's simulation hypothesis remarks in full below: