By Amy Lamare on February 23, 2018 in Articles › Billionaire News

We all thought it was pretty cool when Elon Musk strapped a $200,000 Tesla roadster to the Falcon rockets and launched it into space. But do you still think it is cool knowing that it could plummet back to Earth?  There you are, minding your own business, and it comes crashing down on you. Ouch.

Don't worry too much about this, however, as it isn't expected to happen until 2091 when it returns to the inner solar system and passes Earth. This information was made public in a very technical research paper by a group of astronomers titled: The Random Walk Of Cars And Their Collision Probabilities With Planets. Juicy reading, folks! 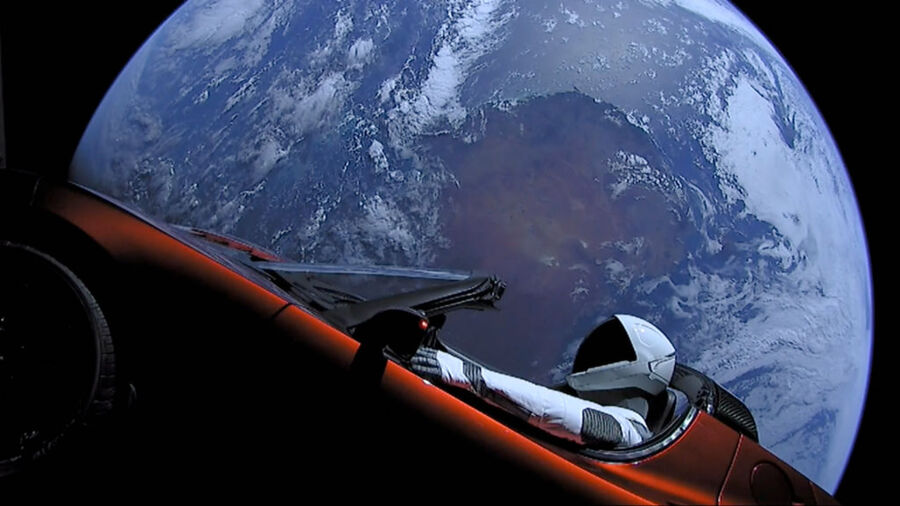 The authors are Hanno Rein, an Assistant Professor at the University of Toronto, his colleague Dr. Daniel Tamayo, and Professor David Vokrouhlicky at Charles University in Prague. Vokrouhlicky is an expert on black holes and galaxies.

"On timescales significantly longer than a century, continued close encounters will render precise long-term predictions of the object's chaotic orbit impossible. However, using an ensemble of several hundred realizations we were able to statistically determine the probability of the Tesla colliding with the solar system planets on astronomical timescales."

The Astronomers said that an exact prediction of the Tesla roadster's orbit were impossible. They were able to come up with a calculation on the probability of a collision. Venus has a 2 1/2 % chance of also being hit by the roadster in 2091.

We've just got to wait 73 years to see where the roadster lands!