By Brian Warner on August 6, 2021 in Articles › Billionaire News

If you wanted to be THE highest-paid CEO in America last year you would have had to earn a truly astronomical amount of compensation. And astronomical is a very appropriate word to describe the man who earned this title in 2020. Of course, we are talking about Elon Musk.

Technically speaking, according to the figures compiled by Bloomberg, Elon made $6,658,803,818. That's the largest CEO pay package in history.

Elon was the highest-paid CEO by about a thousand miles. In fact, if you took a zero out of the number above, reducing his total comp to $665 million, Elon would still hold the top slot by $100 million.

Elon famously does not take a salary for running Tesla. Instead, back in January 2018 Elon and the Tesla board agreed on a highly-unusual compensation plan where Elon gets huge chunks of stock options at various market cap milestones. There are 12 "tranches" to this plan. For example, tranche #1 was when Tesla hit $100 billion in market cap. At the time they forged the plan, Telsa had a market cap of $50 billion. Every time Tesla's market cap increased by $50 billion, all the way up to $650 billion, Elon got another chunk of options.

This was supposed to be an extremely ambition compensation plan that would take decades to accomplish… Or not accomplish! Elon would not be paid a cent if the company did not grow. Most analysts considered the plan absolutely ludicrous.

Fast forward to the present… a mere three years later… and Tesla's market cap is currently $690 billion. So Elon has unlocked every single level of the bonus plan.

This is a major factor in Elon Musk's current net worth of $190 billion. 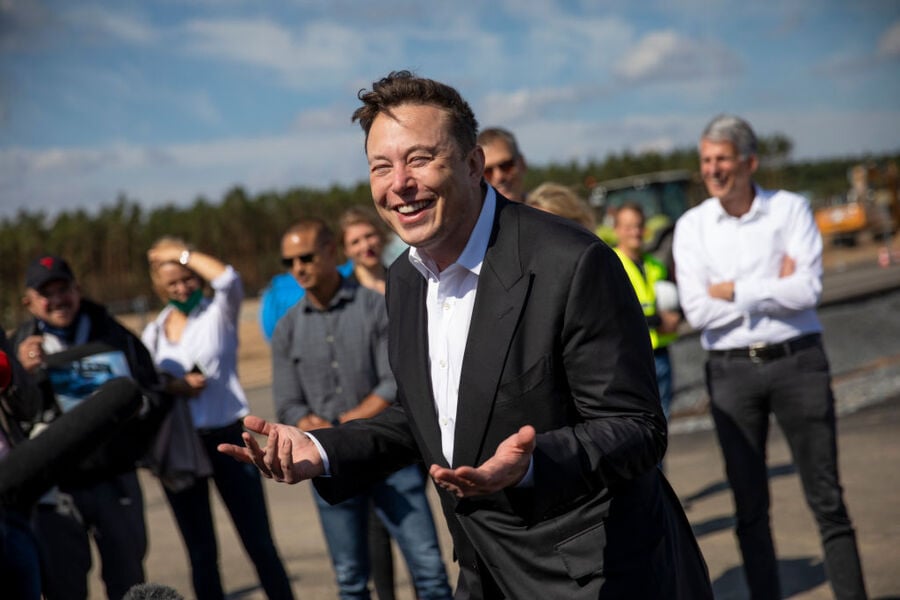 The 10 Highest Paid CEOs In the World

Other than Tim Cook, who ranked #8 with $265 million in compensation, I don't think you'll recognize any of the other names or companies that made the top 10. Coming in at #3 and #4, respectively, are Trevor Bezdek and Douglas Hirsch. The GoodRx co-CEOs both earned $497 million in stock awards in 2020 which made up their entire compensation for the year. Eric Wu, the CEO of real estate website Opendoor Technologies, came in at #5 with $388 million in earnings.

Please note how THREE executives from Oak Street Health rank in the top 10. The company's CEO, COO and CMO earned a combined $1.15 billion. I've never even heard of this company. The company does not have a Wikipedia page and only has 1,500 followers on a non-verified Twitter account. There are no photos of the CEO, Mike Pykosz, on Getty Images.

According to a press release I found celebrating the company's strong first quarter 2021 earnings, Oak Street operates around 90 health centers across the country. I also learned from the press release that the company's CFO, who somehow did not make the top 10, is coincidentally named Tim Cook!

That's enough about Oak Street. Although, considering how well they pay, I wonder if they're hiring???

And FYI, in case you were wondering, in 2020 15 American CEO's made more than $100 million in total compensation.