By Amy Lamare on February 20, 2021 in Articles › Billionaire News

Recently, a regulatory filing revealed that Elon Musk's Tesla invested $1.5 billion in bitcoin and that the company was preparing to start accepting the cryptocurrency as payment for its electric vehicles. However, some cryptocurrency experts are sounding off about what a bad idea the Tesla bitcoin investment may turn out to be. Specifically, the investment exposes Tesla to the "immense" risks that is the nature of the value of bitcoin. Tesla could end up with its entire annual profit wiped out as a result of the changing price of bitcoin.

News of Musk and Tesla's bitcoin investment sent the price of "BTC" soaring. As of this writing, a single bitcoin is worth $56,190.

Even so, cryptocurrency analysts and experts could not help but point out the extreme volatility of the price of bitcoin. The prevailing feeling is that Musk has dramatically increased the risk of Tesla.

"In our view, the move by Tesla is both risky and obfuscating the valuation of the company. With the volatility in bitcoin, Tesla could easily experience a 50% loss on their $1.5 billion investment."

A dramatic plunge in the value of bitcoin would put a $750 million loss on Tesla's books. For perspective, Tesla's entire profit in 2020 was $721 million. 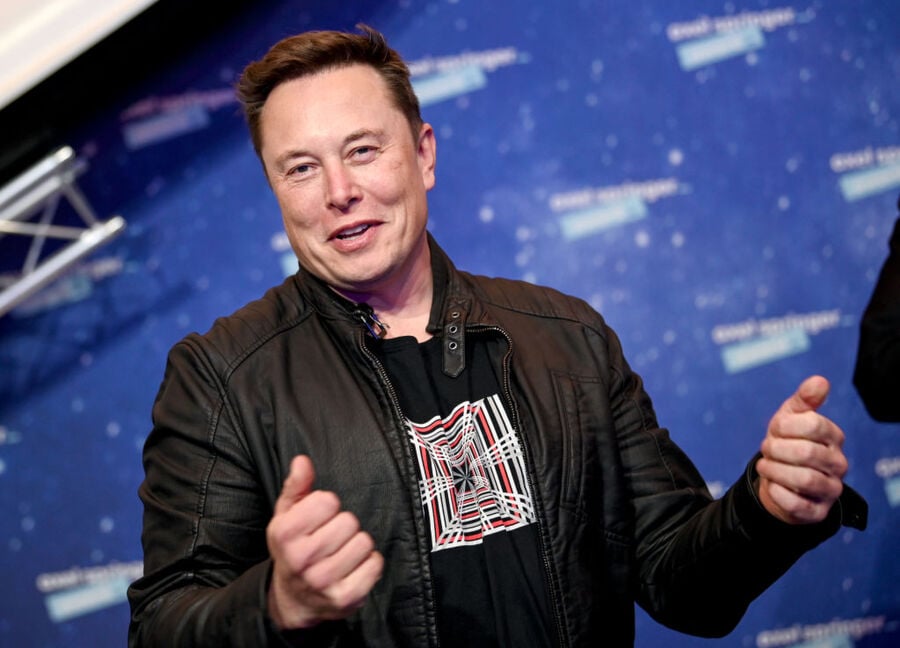 The regulatory filing that Tesla filed indicated that it would treat the bitcoin holding as long-term intangible assets. However, accounting regulations in the U.S. mean Tesla only has to recognize gains in value if the company sells the bitcoin.

Most Tesla shareholders own the stock because they expect the company to make money selling its innovative electric cars, not by trading cryptocurrency with the capital provided by shareholders. Fans of bitcoin, on the other hand, believe that Tesla's investment will just keep bitcoin's value rising.

Bitcoin continues to break records, thanks in part to Elon Musk. Musk has also been tweeting about another cryptocurrency called DogeCoin, which has seen its market capitalization grow to $7 billion as of this writing.

Musk is worth $205 billion. He is the richest person in the world. A year ago, he was worth "just" $25 billion. Elon Musk's net worth comes from two primary sources: He has a 48% stake in privately-held SpaceX and a 20% stake in publicly traded Tesla.