There's been a lot of talk about this border wall between the U.S. and Mexico. President Donald Trump used it as a platform during his campaign and hasn't let it die in the months since he took office. The public is divided on the issue, but one thing everyone can agree on is: How are we going to pay for this proposed wall? I mean, I already pay enough taxes, I'm not contributing to it, you know?! Fortunately, one of the wise men in Washington DC has an idea. Texas senator and former GOP candidate for President Ted Cruz thinks that drug kingpin El Chapo should pay for the wall.

Cruz believes that the $14 billion in assets the U.S. government is attempting to seize from the drug lord would go a long way towards funding Trump's proposed wall on the southern border of the United States. 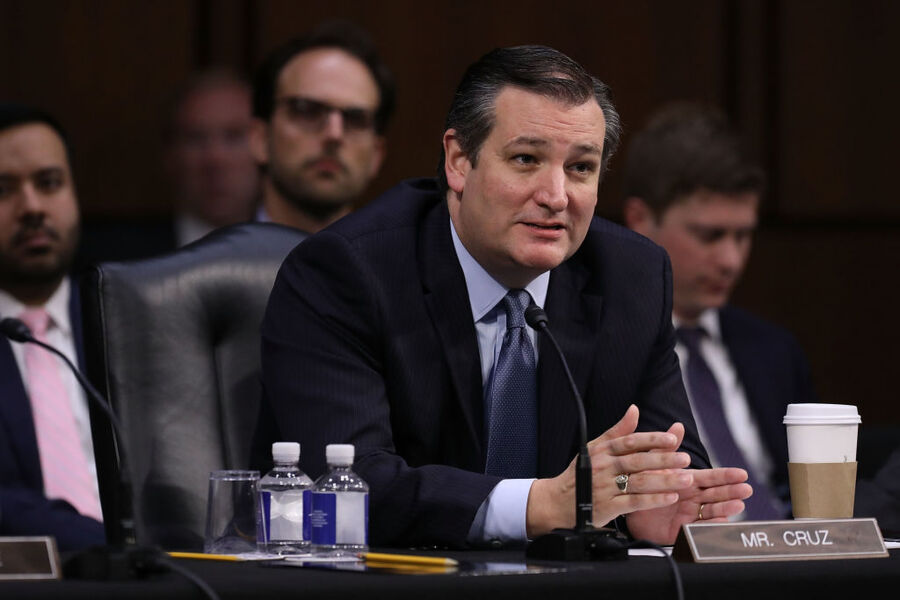 In a statement, Cruz said:

"Fourteen billion dollars will go a long way toward building a wall that will keep Americans safe and hinder the illegal flow of drugs, weapons, and individuals across our southern border. Ensuring the safety and security of Texans is one of my top priorities. We must also be mindful of the impact on the federal budget. By leveraging any criminally forfeited assets of El Chapo and his ilk, we can offset the wall's cost and make meaningful progress toward achieving President Trump's stated border security objectives."

"The US government is seeking the criminal forfeiture of $14b+ in drug proceeds & illicit profits from El Chapo.?

But wait, it gets better! Cruz introduced a bill called the Ensuring Lawful Collection of Hidden Assets to Provide Order Act. Informally, it is called the EL CHAPO Act, isn't that clever? The bill proposes that any assets the government seizes during El Chapo's trial would be used to fund the border wall.

Joaquín "El Chapo" Guzmán is the head of the Sinaloa cartel and oversees marijuana and poppy fields that cover more than 23,000 miles of Mexico. For comparison, that is larger than the entire country of Costa Rica. El Chapo has a network of operatives and traffickers in 17 of the 32 Mexican states, an extensive network in the U.S. and 50 other countries. El Chapo and the Sinaloa cartel are global and it is estimated that Sinaloa controls 35% of the cocaine made in Colombia. Sinaloa supplies 80% of the cocaine, marijuana, heroin, and methamphetamine that flows into Chicago every year. El Chapo has an estimated net worth believed to be as high as $14 billion.

The Sinaloa cartel is especially powerful because its reach extends far from North America. There have been reports of cartel activity in Hong Kong, Australia, and the Philippines. The cartel is also rumored to be trying new routes to expand throughout Asia and Africa.

El Chapo is, of course, famous for his prison breaks. He escaped from prison in 2001 by hiding in a laundry cart and he managed to evade authorities for 13 years but was recaptured in Mazatlán in February 2014. Prison did not deter his duties managing the enormous Sinaloa cartel. Prison also would not hold El Chapo for long. He escaped again 17 months later with the help of his cartel operatives, who dug a tunnel under the prison more than a mile long to free their drug kingpin.

El Chapo was on the run for six months before being captured in January 2016. He was extradited to the United States in January 2017 and is currently in a high security prison in Manhattan as the legal proceedings against him take place. He is charged with operation of a continuing criminal enterprise, money laundering, firearms violations, and conspiring to murder rivals.

The fact is, if the El Chapo Act succeeds, $14 billion might not even be enough money for the border wall. No budget or plan for it has been prepared.