By Joseph Gibson on September 29, 2018 in Articles › Billionaire News

Sheryl Sandberg, COO of Facebook and reported holder of approximately 10.3 million shares in SurveyMonkey's parent company SVMK, was already planning to donate her stake in the latter company to charity. Specifically, to her Sheryl Sandberg and Dave Goldberg Family Foundation. She pledged to donate her share earlier this year, and a recent CNN Money report points out that the company's recent stock surge makes the value of that pledge even higher.

SurveyMonkey/SVMK's stock price at the beginning of the day on September 26th was $18.75, which represented an increase of 56 percent over the company's IPO debut. Then, the surged continued to as high as $20 a share. At that price, Sandberg's shares — the ones she's pledged to charity — are valued at some $206 million.

Sandberg is reportedly planning to donate either the proceeds from a sale of SurveyMonkey stock, or the shares themselves. But spokespeople representing her and her nonprofit organization LeanIn.Org declined to make a statement on which one of these it will be, or whether or not she's already sold any of the stock. But in any case, it's certainly not bad news for the Sheryl Sandberg and Dave Goldberg Family Foundation that SurveyMonkey is doing so well. 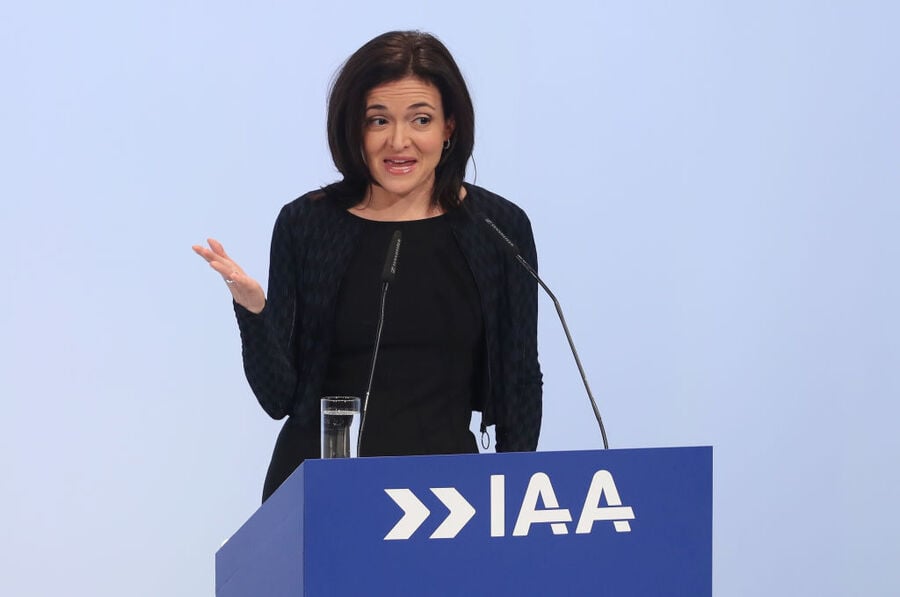 The Sheryl Sandberg and Dave Goldberg Family Foundation encompasses two "initiatives," the aforementioned LeanIn, which "empowers women to achieve their ambitions," and Option B, which purportedly "helps people build resilience and find meaning in the face of adversity."

Regardless of what precise form the donation takes, Sandberg's pledge is part of her overall commitment to the Giving Pledge, started by Bill & Melinda Gates and Warren Buffett as a way to encourage billionaires to give their wealth away over the course of their lifetimes.

Sheryl Sandberg is not the only notable figure affiliated with SurveyMonkey. The company's board also includes Brad Smith, the CEO of Intuit, as well as Serena Williams, both of whom are also shareholders.