By Amy Lamare on January 30, 2017 in Articles › Billionaire News

Super Bowl LI will kick off on Sunday, February 5th, in Houston, Texas. Tom Brady and the New England Patriots will face off against Matt Ryan and the Atlanta Falcons. It is, in many ways, a tale of the haves (the Pats) and the have nots (the Falcons). The Patriots have four Super Bowl wins under their helmets. They've won in 2001, 2003, 2004, and 2014 and have made eight total appearances in a Super Bowl. This year will be the team's 9th. The Falcons, on the other hand, have never won a Super Bowl and have only played in the big game once before this year's upcoming game.

Super Bowl LI will be a classic David vs. Goliath match-up of two major market teams with billionaire owners. Let's take a look at how Robert Kraft and Arthur Blank ended up owning, respectively, the New England Patriots and Atlanta Falcons. 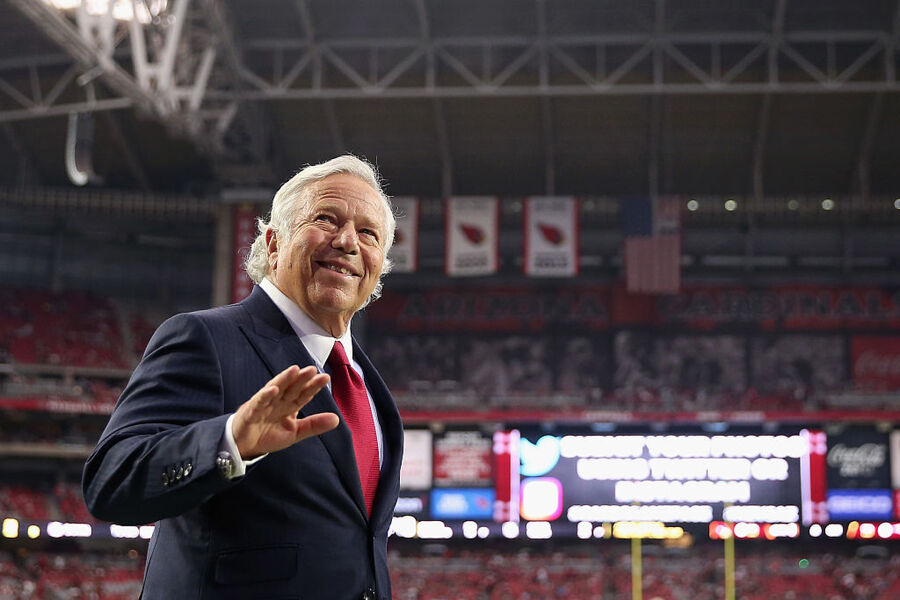 New England Patriots owner Robert Kraft (no relation to the food company) has been a Patriots fan since the team played in the American Football League and a season ticket holder since 1971.

Robert Kraft was born into a working class Jewish family in Brookline, Massachusetts in 1941. He went to Brookline High School and attended Columbia University on a scholarship. After getting his B.A. from Columbia and MBA from Harvard Business School, he went to work for the Rand-Whitney Group, the Worcester-based packaging company owned by his father-in-law.

In 1972, Kraft founded International Forest Products, a company that trades physical paper commodities, an activity closely related to that of his father-in-law's business. Combined, Rand-Whitney Group and International Forest Group make up the largest privately-held paper and packaging company in the US. It's not a sexy business, but it did allow Kraft to amass enough money to eventually buy the New England Patriots.

In 1985, Robert Kraft bought the parcel of land right next the Patriots' Stadium. In retrospect, it is clear that this was the first in a series of steps that were a part of Kraft's master plan to own the New England Patriots. Then, Kraft sat and waited.

In 1988, Victor Kiam bought the the team from team founder Billy Sullivan for $84 million. The sale did not include Foxboro Stadium. The stadium was owned by another party that was in the midst of bankruptcy proceedings. The obvious plan was for Victor Kiam to buy Foxboro, but at the last minute another investor won the auction. That last minute investor was Robert Kraft.

Owning the team but not the stadium turned into a financial diaster for Victor Kiam and by 1992 he was facing personal bankruptcy. One of his creditors was James Orthwein, Anheuser-Busch founder Adolphus Busch's great-grandson. At the time, Orthwein was the largest individual shareholder of Anheuser-Busch with 1.6 million shares, worth approximately $150 million. Orthwein struck a deal to forgive Victor's debts in exchange for the Patriots.

Over the next two years, rumors swirled that the Patriots were moving to St. Louis because it was well known that Orthwein wanted the NFL to return to his hometown. There was just one problem: In order to leave Massachusetts, Robert Kraft would need to agree to allow the team to buy out the remaining years on their stadium's lease agreement.

In 1994, James Orthwein offered Robert Kraft $75 million to buy out the remainder of the team's lease at Foxboro Stadium. Robert Kraft saw an opportunity and seized it. He made a counter bid of $175 million–at the time a record for the NFL–to purchase the Patriots. This was a shocking amount of money to pay for a team that at the time was one of the least valuable franchises in the league. Knowing that getting out of the lease would be an insurmountable hurdle, Orthwein accepted the offer.

Kraft's purchase was embraced by Patriots fans. They showed their appreciation by purchasing nearly 6,000 season tickets, demonstrating to Kraft how thrilled they were that he kept their team in New England. In fact that season, they sold out every game for the first time in the team's 34-year history. Since then, every single home game has been sold out, including pre- and post-season games. And in 1994, the Patriots ended up making the playoffs for the first time in eight years, on the strength of a seven-game winning streak at the end of the season. Today, the value of the New England Patriots franchise is a lofty $2.6 billion and they have four Super Bowl wins. They are the second most valuable team in the NFL.

Oh and that parcel of land next to Foxboro stadium? That's basically where Kraft built Gillette Stadium in 2002.

Today Robert Kraft has a net worth of $4 billion. 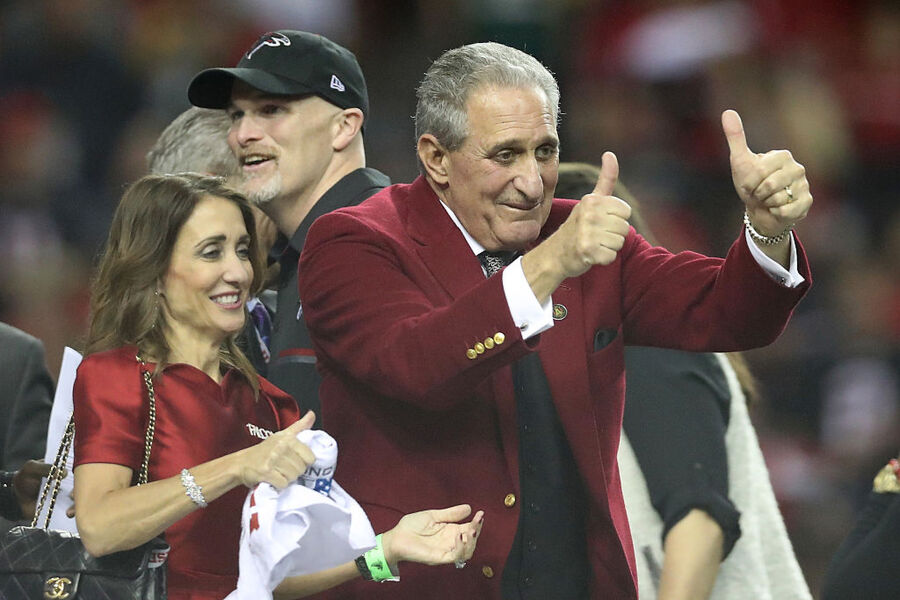 Arthur Blank And The Atlanta Falcons

These days, Arthur Blank is best known as the owner of the Atlanta Falcons. The man takes great pride in owning his NFL franchise. He has a net worth of $2.6 billion which he built because he was fired. That's right, fired.

Arthur Blank was born to a Jewish family in Flushing, New York in 1942. He attended Stuyvesant High School and Babson College. After college, Blank went to work as a senior accountant at Arthur Young and Company. He then moved on to the Daylin Corporation where he rose through the ranks to become President of Elliott's Drug Stores and Stripe Discount Stores. When Daylin decided to sell off those assets, Blank moved to The Handy Dan Home Improvement Centers, a chain of hardware stores based in Los Angeles. After 15 years with Handy Dan, Blank was VP of Finance and his longtime co-worker Bernard Marcus was CEO. Both were fired in 1978 as a result of internal company politics.

After their Handy Dan firings, Blank and Marcus met with an investment banker in New York City to discuss a plan for a new home improvement store that they wanted to call The Home Depot. The first Home Depot opened in Atlanta in 1978. During the very early days of The Home Depot, Blank and his partner had to stand in the parking lot handing out $1 bills begging people to go into the store and have a look around.

The Home Depot revolutionized the home improvement industry with its warehouse sized stores. The sheer amount of square footage available allows Home Depot to stock a wide variety of options to accommodate a greater number of home improvement and repair customers. Blank served as CFO for 19 years, during a time when The Home Depot expanded rapidly nationwide. In 1997, Blank succeeded Marcus as CEO and served until he retired in 2001.

Once he was retired, Blank decided that as a longtime fan of the Atlanta Falcons, he would rather buy the team and help it become successful, rather than sit on the sidelines and complain about the team losing. In 2002, he bought the NFL franchise for $545 million from Taylor Smith, the son of the team's founder. The Falcons are now worth $1.67 billion.

Arthur Blank helped resurrect the excitement in the Georgia Dome with increased tailgating, parking, and entertainment. Every game since his inaugural 2002 season has been sold out. Now he has a chance to bring home football's biggest prize for the first time in franchise history. That's a pretty big deal.