By Alyssa Camparo on May 18, 2016 in Articles › Billionaire News

Judge David J. Cowan of Los Angeles Superior Court dismissed Herzer's challenge to the media mogul's mental capacity on Monday after listening to a deposition of Redstone on Friday.

Although Redstone was often intelligible or didn't answer questions during the deposition, he seemed to have a clear opinion about who he wanted to be his caretaker. When asked if he wanted Herzer to be responsible for his health care decisions he answered with vulgar epithets. Then he clearly said he wanted his daughter, Shari Redstone, to take care of him.

"There is no good cause for judicial involvement where the court has now heard directly from Redstone that he has lost trust in Herzer, does not want her in his life, and instead wants his daughter Shari to look after him if necessary," Judge Cowan wrote in his decision.

Herzer is obviously not pleased with the result. Her lawyer promised to file an immediate appeal. She also filed a new lawsuit on Monday against Shari, her sons, and Redstone's nurses alleging they intentionally destroyed Herzer's relationship with Sumner. The suit seeks $70 million in damages – the amount Herzer was supposed to get before Sumner's feelings for her took a turn. 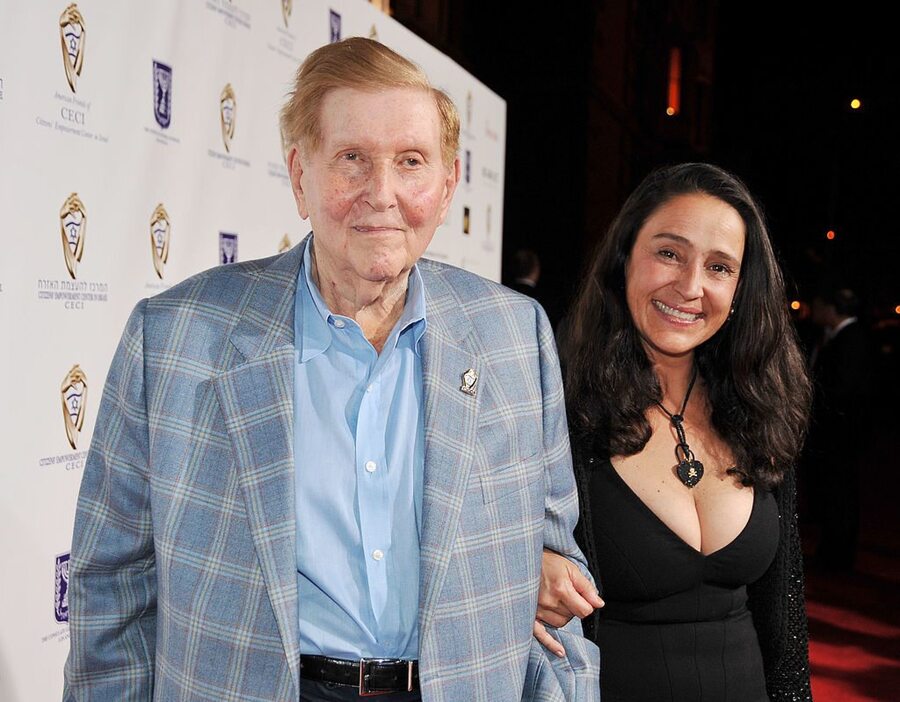 The contentious legal battle between Herzer and Redstone's family has laid bare some pretty seedy stories about the billionaire as evidence of his deteriorating mental state. In March, Herzer told Vanity Fair that Sumner became obsessed about wanting to have sex after breaking up with his live-in girlfriend, Sydney Holland, in the summer of 2015.

"How can a guy with a feeding tube who can't move have sex?" she told the publication. "There's no sex."

Despite his fragile condition, Heidi MacKinney, another old friend of Sumner, submitted a court filing describing an intimate visit she had with him in his home. In the 20 minutes she was with Sumner, she simply performed the sex acts his male nurse, Jeremy Jagiello told her to perform with no communication or even apparent awareness from Sumner himself.

But it gets worse. On Tuesday, RadarOnline.com posted an audio recording of Sumner asking one of his previous lovers to set up a "foursome or fivesome" with her and a "nice looking" man.

"That would be very hot," he says. "I'm sure there must be a million women who want to f**k you . . . let me know if you have a man that you would recommend, that you would trust."

RadarOnline.com doesn't say when Sumner left the voicemail and it's unclear whether it could be used as evidence of his deteriorating mental state. But listening to the message, Sumner's desire to have sex with a man doesn't seem confused or unclear. If the message was left in the past few months, perhaps Redstone's family could use it as evidence that he clearly knows what he wants.

Something tells me they won't want anything to do with the voicemail or the uninvited image it brings to mind, however.