By Daniel Lipson on June 20, 2016 in Articles › Billionaire News

Lawyers for Viacom CEO Philippe Dauman as well as Viacom board member George Abrams issued a court filing stating that Sumner Redstone's deteriorating health made it vital to proceed with an immediate medical examination.

The filing came before a scheduled hearing in a Massachusetts court concerning a lawsuit which challenges their removal from the Redstone trust. This trust will control Viacom and Redstone's other media company, CBS, after he dies or is incapacitated.

Redstone has about an 80 percent stake in voting shares of CBS and Viacom that make up his vast portfolio of about $5 billion. The beneficiaries of his stake are his first wife and five grandchildren. This is separated from his personal wealth, which he originally planned to give to his longtime companions Sydney Holland, 44, and Manuela Herzer, 51 at around $75 million each.

"In the absence of prompt proceedings, there is a grave risk that Sumner Redstone will not be able to provide any evidence in this case," they argued. "He is a 93-year-old man suffering from overwhelming physical ailments, including an inability to speak, stand, walk, eat, write, or read."

Dauman and Abrams filed the lawsuit last month accusing Redstone's daughter, Shari, of manipulating her ailing father. Shari Redstone has denied this claim and insists she has no intention of taking over her father's company. Attorneys for Redstone have asked the court to deny a motion to expedite the trial. 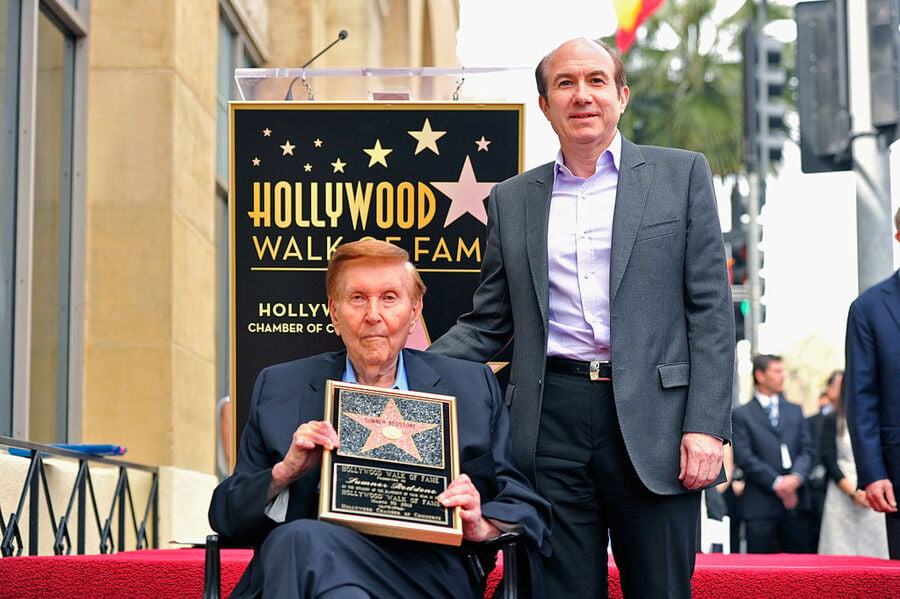 Sumner originally did not want his two children, Shari and Brent, involved in any of the funeral decision-making. He was concerned that his daughter Shari would contest his decisions after his death. He has long had a rocky relationship with her, and wanted her removed from the business. For years, Sumner tried to get her to sell him her 20 percent stake in National Amusements, the family's privately held movie-theater business that serves as the holding company for the ownership of CBS and Viacom.

Shari rejected her father's estimated $1 billion buyout and terminated the discussions. She removed Holland and Herzer from his personal will as beneficiaries, and also removed them from being in charge of funeral arrangements and being named in his advance health-care directive. Dauman was named as the new agent of the health-care directive, a responsibility he will share with Thomas Dooley, Viacom's chief operating officer.

Shari has come to her father's side and claims to have patched up things with her father. The money that was marked for Holland and Herzer is now to be donated to charity, saving her and her family millions in taxes.

One of the key questions behind the strange saga is the question of Sumner Redstone's recent cognition. Dauman and Abrams doubt the aging mogul was behind their removal. However, representatives for Redstone said a geriatric psychiatrist recently examined him and concluded he had the mental capacity to remove Dauman and Abrams from the trust.

Dr. James Spar, a professor at the University of California-Los Angeles School of Medicine, said that Redstone attributed their removal to Viacom's declining share price. Lawyers for Dauman and Abrams dismissed Spar's claim as a "one-sided, uncross-examined and distorted view of Mr. Redstone's mental condition."