Sumner Redstone is fighting mad and he's not going to take it anymore! He is suing his ex-girlfriends Manuela Herzer and Sydney Holland for $150 million. Sumner has come believe that Herzer and Holland are gold diggers who were only after his vast wealth. Imagine that!

The elder abuse lawsuit was filed by the 93-year-old media mogul's attorney in Los Angeles. The filing states: "Herzer and Holland manipulated and emotionally abused Redstone to get what they wanted – jewelry, designer clothing, real estate in Beverly Hills, New York, and Paris, and money, lots of it. By the time Redstone threw Herzer and Holland out of his home, and out of his life, last fall, they had taken him for more than $150 million and left him in debt on account of the immense tax obligations triggered by those "gifts."' 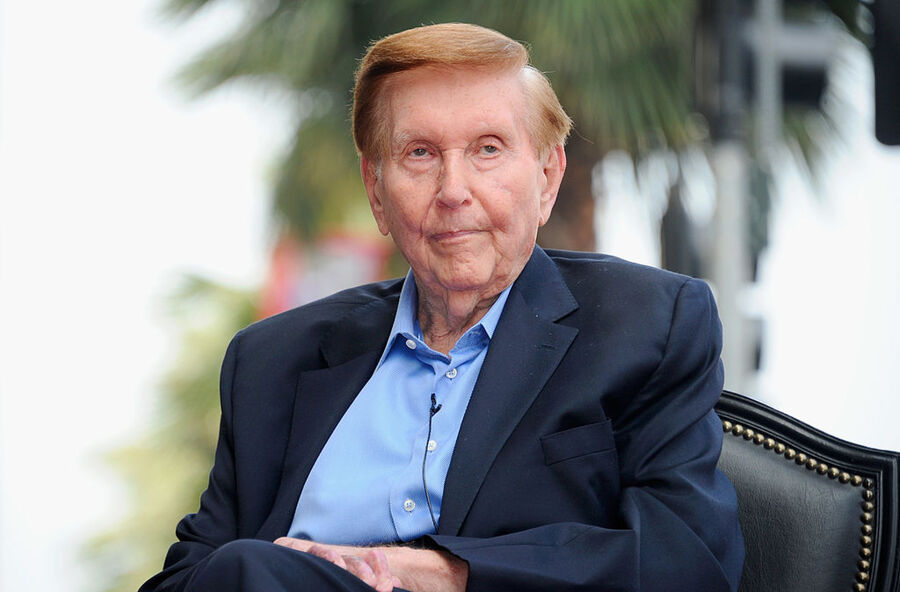 The lawsuit also claims that the two women convinced Redstone to sell stocks and deposit $45 million into each of their bank accounts back in May 2014. The women allegedly hatched a plan via email to gain access to $200 million in vested Viacom and CBS stocks.

Holland and Herzer allegedly told Sumner that Shari would sue them as soon as he died and they couldn't afford to defend themselves. The two women kept pushing the subject even though Sumner resisted. They eventually convinced him that his family hated him and they were the only ones who truly loved him.

It is alleged that Herzer and Holland took advantage of the declining health of Redstone as well as his sexual attraction to them.

The lawsuit is also claiming that Herzer and Holland deliberately kept Redstone away from his family and friends and gave him Ativan and other medications to control him.

Holland and Herzer have disputed the charges and countered with facts from recent Sumner Redstone related legal action.

Holland was kicked out of Sumner's home last year after a four year relationship when it was revealed she was cheating on him. Holland said: "This lawsuit is fictional revisionist history. Doctors have testified twice in recent months that Sumner Redstone was of sound mind and, more recently, that he was mentally competent to make such critical and complex business decisions as orchestrating the departure of his long-serving chief executive at Viacom, changing its Board of Directors and, currently, exploring a merger between CBS and Viacom.  This is directly contradicted by the claims in this lawsuit that state that Mr. Redstone's physical and mental state were so impaired that he could be easily manipulated. Both cannot be true."

Holland went on to point out that Redstone's attorneys and doctors approved all payments to her and that she has stayed out of the recent legal drama despite having a real claim against Shari Redstone for spying on her. Basically, Holland believes the claims in the lawsuit are not those of Sumner Redstone, but rather his daughter Shari.

As for Herzer, the situation is a bit more complicated. She was forced out of Redstone's home in October after 20 years together-first as his girlfriend, then as his close friend, confidante, and caretaker. After that, Herzer filed a lawsuit seeking to be restored as Redstone's caretaker. She claimed he is a "living ghost," "tragic figure," and "mentally incompetent." The courts found Redstone to be very competent and Herzer's lawsuit was dismissed.

Unfortunately, for Herzer she won't be getting what Redstone originally planned to leave to her. Redstone planned to leave his her $70 million in cash, assets, and property. She was to receive $50 million in cash plus the billionaire's $20 million Los Angeles home. That $70 million would have been added to the $70 million he has given her during the past six years of their relationship, according to Redstone's daughter Shari. The money that was to be given to her has been redirected to Redstone's charitable foundations.

Redstone does not seem to have such fond memories of his longtime companion. In a taped deposition Redstone was asked: "Who is Manuela Herzer?"

Redstone repeated this statement three more times during the deposition.