It was revealed this morning that Viacom/CBS mogul Sumner Redstone died at the age of 97. Sumner lived a fairly fascinating life. His grandfather owned a bakery supply business. His father drove a truck for the grandfather. During prohibition, Sumner's father made a healthy side-income delivering liquor illegally. When prohibition ended, the father launched a legal liquor distribution business. That business became successful enough to fund side investments in nightclubs and the country's first drive-in movie theater. After law school, Sumner spent a few years working as an antitrust attorney for the US government. He joined the family business in his early 30s, eventually taking control. Under Sumner's leadership, the newly-named "National Amusements", expanded by opening drive-ins across the country. Sumner used the profits to buy large stakes in media companies. His first big acquisition happened in 1987 when he bought Viacom for $3.7 billion. A few years later he merged Viacom with Blockbuster to buy Paramount for $10 billion. Then in 1999 he spent a then-record (for a media company) $37 billion on CBS.

Along the way, Sumner's 80% stake in the family holding company National Amusements hit an all-time high of $6 billion. He was worth $2.6 billion at the time of his death in 2020.

As it turns out, Sumner was legendary in both the boardroom AND the bedroom. He was married twice. Once for over 50 years. The second time to a woman nearly four decades his junior. Apparently, all along the way he had many trysts.

We learned about some of these trysts thanks to a 2016 lawsuit involving an ex-girlfriend named Sydney Holland. Redstone's family members launched a lawsuit against Holland and a housekeeper accusing them of emotionally abusing Sumner while also tricking him into giving them over $150 million in gifts over a five year period.

In Holland's response, she claimed Redstone had a decades-long history of giving girlfriends extremely lavish gifts and payments.

Holland testified that the sex-starved nonagenarian once gave a flight attendant who worked on the on the CBS corporate jet $18 million. He then also had sex with her sister, whom he gave $6 million.

The sisters were just two of at least 11 women that Redstone showered with cash, according to  Sydney Holland.

"Redstone gave tens of millions of dollars to various other women — who he had no intention of marrying and was not in love with — at the time he was engaged to marry Sydney. Women who did nothing more than provide sexual favors." the Los Angeles Superior Court filing stated.

Here's Sumner and Sydney pictured together: 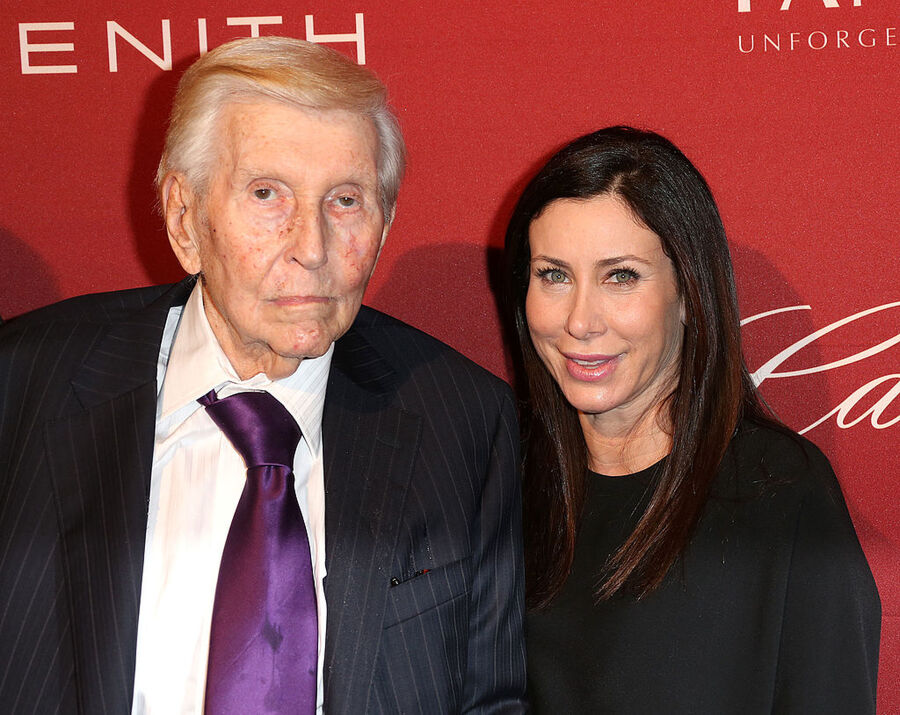 Holland met Redstone in the fall of 2010 when they were set up by "The Millionaire Matchmaker" Patti Stanger. Their courtship involved expensive dinners out and long drives down the Pacific Coast Highway. Soon, Holland was Redstone's lover and caregiver. In exchange he agreed to take care of her financially for the rest of her life.

According to the filing, Redstone required that Holland be home for lunch and dinner with him seven days a week. She was also required to go to bed when he wanted to, whether or not she was tired. In exchange Redstone showered her with Hermes bags, jewelry, art, cash, and weekly bouquets of her favorite flowers.

But when Redstone found out about a short-lived affair Holland had, he kicked her out of his mansion and cut her off financially as well as had her removed from his trust.

Holland is seeking a reasonable sum per month, plus an amendment to Redstone's personal trust reinstating her as a beneficiary.

Some additional notable claims from the filing:

If you add all these alleged payments up and combine with the $150 million Sydney Holland and a housekeeper reportedly were given by Sumner, we're talking about AT LEAST $220 million in payments to girlfriends and hook ups. This doesn't include "undisclosed amounts" or the "tens of millions" allegedly paid to other women.

Insane. Is it just me or wouldn't it have been A LOT cheaper to pay for a few of the most expensive call-girls on the planet to be available 24-7?

But hey. When you're a billionaire, you can do whatever you want with your money!