By Amy Lamare on September 16, 2015 in Articles › Billionaire News

Fred DeLuca, who started a sandwich shop in 1965 with a $1,000 loan and grew that into Subway, the world's largest chain of fast food franchises, died Monday night, September 14th, at the age of 67. A spokesperson for Subway confirmed his death but did not mention the cause.

DeLuca was diagnosed with leukemia in 2013 while traveling around, visiting franchises. Since that time, he had continued to oversee the company as CEO. Recently, he made his sister Suzanne Greco in charge of day-to-day operations as President of Subway.

DeLuca was a hands-on founder. He ran the day-to-day business of Subway for decades. He signed all the company checks, made the big decisions, and traveled the country undercover in an old car to stop at Subway franchises and sample the food and service. 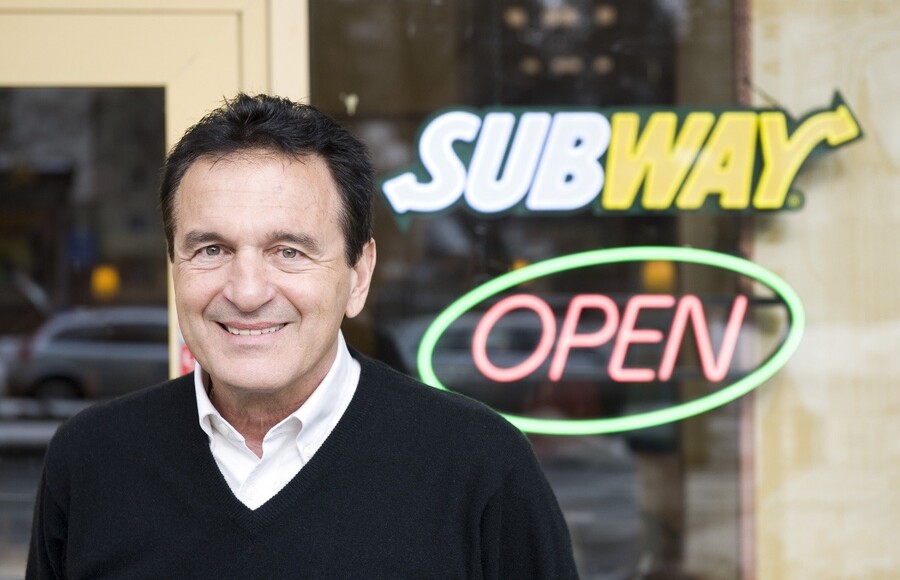 DeLuca's first sandwich shop was named Pete's Submarines in a nod to his friend Peter Buck, who had loaned him the money to start the business. He eventually changed the name to Subway because, in his Brooklyn accent, Pete's Submarines sounded like Pizza Marines in radio advertisements. This confused potential customers and so Subway was born. His first shop wasn't all that successful, so naturally he opened a second shop. He made enough, at least, to cover his tuition at the University of Bridgeport. Today, Subway has 44,268 independently-owned shops in 110 countries, making it the largest fast food franchise in the world.

Subway's phenomenal growth was built on the back of their foot-long submarine sandwiches. The company took off in 1974, when it began franchising to expand. Subway continued to grow due in large part to its healthier, lower calorie, reduced sodium menu. Subway opened its 100th store in 1978 and its 1,000th in 1987. Since then, Subway has averaged 1,500 new stores a year, across North and South America, Europe, Asia, and Australia.

Subway has been in the news recently for the scandal involving the company's former spokesman, Jared Fogle. Fogle, who famously lost more than 200 pounds by eating nothing but Subway sandwiches, had his home raided last month as part of a child pornography investigation. Fogle has since pled guilty to sex acts with minors and distribution of child pornography. Subway severed ties with their long time spokesman as a result.

Over the years, Subway's business tactics have been called into question and met with several lawsuits, government investigations, scrutiny from regulatory agencies, as well as disputes with landlords and franchisees. Federal investigators found that a great deal of Subway franchisees were immigrants and/or young couples who invested their life savings but did not fully understand the Subway contracts requiring minimum investments, royalty payments, and fees for advertising. Subway has settled claims, paid fines, and modified its business practices over the years.

There are also many success stories among Subway franchise owners who benefited from the company training, marketing,  guidance, and popular menu. 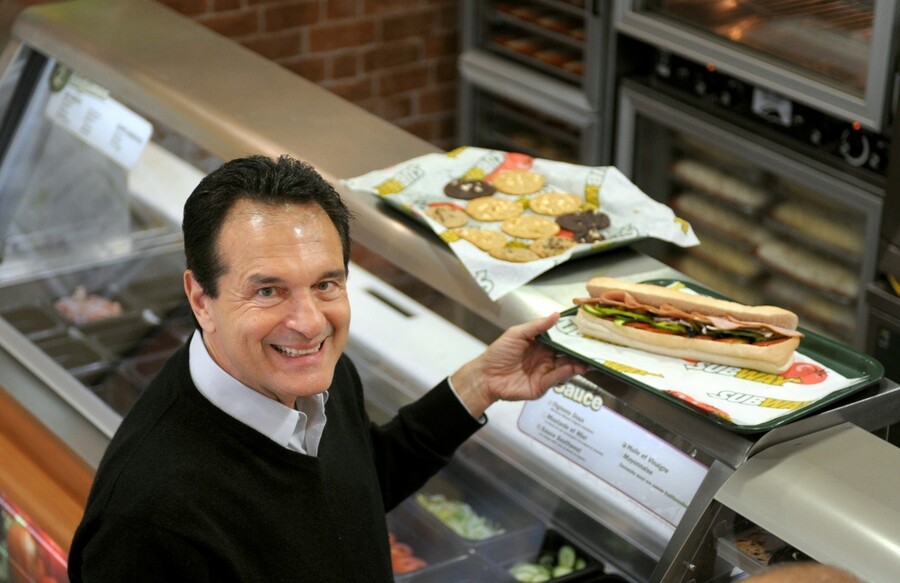 Frederick DeLuca was born in Brooklyn, New York on October 3, 1947 to Salvatore and Carmela DeLuca. He spent part of his childhood in the Bronx. His family moved upstate to Schenectady when he was 10. They later moved to Bridgeport, where he graduated from Central High School in 1965. Planning to study medicine, DeLuca needed a way to pay for his tuition so he started a small sandwich shop. He rented a store for $165 a month and opened on August 28, 1965. Family members staffed the store and helped grow the business. As Subway grew, DeLuca gave up his plans for a career in medicine.

Mr. DeLuca is survived by his wife Elisabeth, whom he married in 1966, their son Jonathan, and his sister.

Subway is a privately held company headquartered in Milford, Connecticut. The company had revenue of $18 billion in 2012. Fred DeLuca had a net worth of $2.8 billion.