By Amy Lamare on October 6, 2015 in Articles › Billionaire News

Oh, those crazy Russian billionaires! Dmitry Rybolovlev, who made his billions in fertilizer, is handing over two Picasso paintings worth $27 million to the stepdaughter of the legendary artist. Why? To publicly shame the art dealer that Rybolovlev claims cheated him out of $970 million. Of course, this makes perfect sense (if you're a Russian billionaire)!

Rybolovlev wants to expose the alleged criminal activity of art dealer Yves Bouvier. Rybolovlev claims to have experienced a "personal act of betrayal" and wants Bouvier to face justice. He is accusing the Swiss art dealer of fraud and money laundering. This is just the latest shenanigan in a long running feud between these two men. Rybolovlev and Bouvier worked together for years to build Rybolovlev's $1.8 billion art collection. 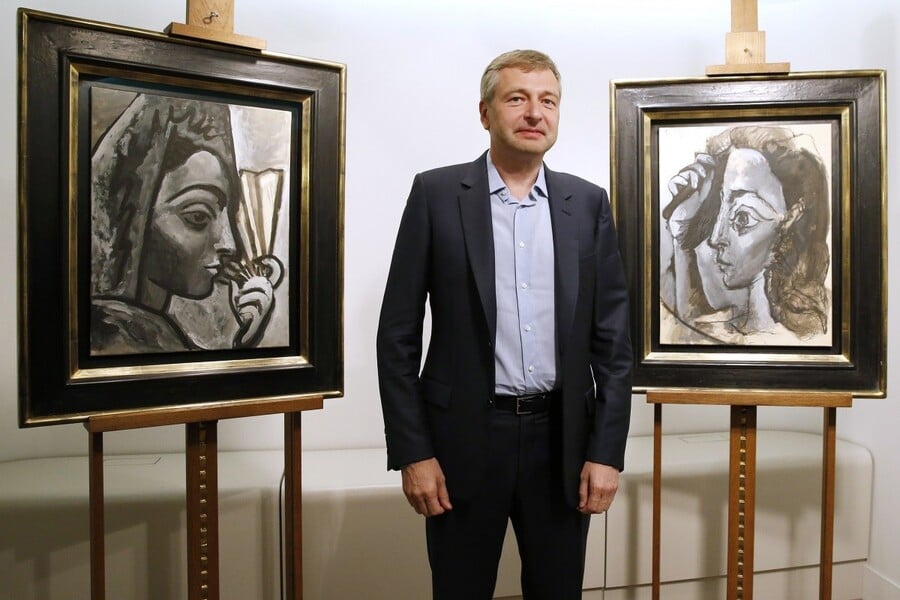 Rybolovlev claims that Bouvier overcharged him by nearly $1 billion and has filed multiple lawsuits in Hong Kong, Singapore, Monaco, and Paris. Rybolovlev gave the two Picasso paintings, which he bought from Bouvier, to Catherine Hutin-Blay, Picasso's stepdaughter. Hutin-Blay claims she never gave permission for the paintings to be sold, making them effectively stolen. The paintings are portraits of her mother, Jacqueline Roque, the artist's second wife.

As the feud between the Geneva-based art dealer and the Russian fertilizer billionaire has deepened, Bouvier's reputation in the art world has been threatened. He was questioned by French authorities in September in regards to the missing Picassos. He was released on a $28 million bond, the same amount of money Rybolovlev paid for the painting.

Bouvier faces charges of not revealing the fact that two Picasso paintings – Tête de femme. Profil (Woman's head. Profile) and Espangole à l'éventail (Spanish woman with a fan) that he sold to Rybolovlev were  stolen from Picasso's stepdaughter Catherine Hutin-Blay. Picasso's stepdaughter filed a police report in March, claiming that two works, along with another painting, Portrait of a Soldier, and 58 drawings taken from Picasso's sketchbooks were stolen.

Bouvier has denied any wrongdoing and vowed to reveal the truth. In an interview with the New York Times he said: "I'm not crazy. I'm not going to sell stolen art to someone who has bought $2 billion in art from me. He was my biggest client. I am not a fool."

For what it's worth, Rybolovlev, 48, isn't the most innocent character in the world. Though he is the 156th richest man in the world with a net worth of $9.8 billion, he has a checkered past. He served time in a Russian prison for murdering a business rival. He was later acquitted when it was revealed that prosecutors made mistakes during the trial.

Rybolovlev is also notorious for one of the most expensive divorces of all time. He was ordered by a judge to give his ex-wife Elena $4.7 billion. The settlement was later reduced to $602 million and two Swiss chalets.