Huang Guangyu's rise from his impoverished childhood to great wealth was swift. He dropped out of school and left home when he was 16. Two decades later, he was a billionaire entrepreneur and the richest man in China. His fall from grace was even faster. In 2010, he was sentenced to 14 years in prison after he was convicted on charges of bribery, insider trading and illegal foreign exchange dealings.

Huang Guangyu was born in Chaoshan, southern China in 1969 to a poor family. In 1985 he dropped out of school and went into business with his brother. The duo borrowed 4,000 yuan from friends and family to fund their enterprise. Huang and his brother realized that cheap products from southern China could be sold for a handsome profit in the north. It wasn't always easy going. For instance, Huang tried to trade fabric but had no concept of seasons, color, or fashion and no one wanted his fabric. That's when the brothers realized that everyone uses electrical appliances, so there was less risk there. Still, they didn't always have the money for inventory. One time they stacked empty boxes at their stall and if a customer came along, one of them would run off and buy it from another vendor in the market. 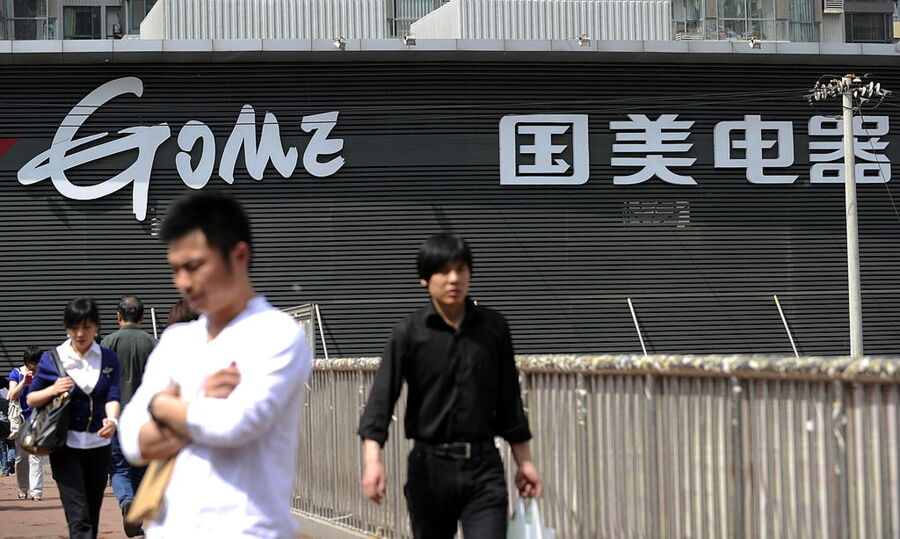 By the late 1980s, Huang had founded Gome Electrical Appliances, a retail chain selling home appliances. It was a revolutionary idea at the time. Back then, retail in China involved getting your customer into your shop and then selling them something as expensive as possible. Huang turned that idea upside down when he opened his Gome stores. He offered his appliances at the best possible prices, advertised heavily and acquired competitors to keep his retail empire growing.

Huang was in the right place at the right time. At the time, China was going through a rapid urbanization. Doing business in that climate required the right connections. At the time, there were likely regional state owned retail stores competing with Huang for the home appliance market. It isn't a stretch to think that to succeed in that climate, he had to associate with some shady characters and cut some corners.

In November 2008, Huang was detained by authorities and accused of manipulating stock prices. In the spring of 2010, a Beijing court had thrown him in prison, fined him 600 million yuan ($87 million), and confiscated 200 million yuan ($29 million) worth of property. Huang's wife Lisa Du Juan was fined 200 million yuan and sentenced to three and a half years behind bars for insider trading.

Additionally, five tax officials and senior police officers were detained and questioned during the investigation into Huang.

The case shocked China's entrepreneurs. It wasn't just that the government could take him down so thoroughly, but also that he allowed that to happen. It was shocking that he had not put protective measures such as cultivating government contacts in place. Such contacts would have been able to head any investigation into his business activities off at the pass and kept it out of court. The general feeling is that Huang must have either done something pretty terrible or upset someone very important.

Huang has time on his side. If he serves his full sentence, he will only be 55 years old when he is released. He still has a net worth of $3.25 billion.