How Uber Revolutionized Global Transportation And Earned Its Founder $6 BILLION

By Marvin Jules on October 2, 2015 in Articles › Billionaire News

Calling up a taxi to pick you up is so passé. Nowadays, if you need a ride somewhere, Uber is the way to go. In a relatively short period of time, Uber has become a multi-billion dollar company that shows no signs of slowing down. The transportation network company focuses on connecting consumers with smartphones to submit trip requests routed to Uber drivers, who use their own vehicles. It was recently announced that one of Uber's co-founder's, Travis Kalanick, has a net worth of $6 billion. While being worth $6 billion at the age of 39 is an impressive accomplishment in its own right, it is all the more impressive when you take into account the fact that at this time last year, Kalanick was worth "just" $3 billion, and two years ago, he was worth only $500 million. How exactly did Kalanick get to where he is today? Let's find out.

Travis Kalanick was born on August 6, 1976 in Los Angeles. He studied computer engineering at UCLA, but dropped out in 1998 in order to found Scour, Inc and Scour Exchange, a multimedia search engine and an early peer-to-peer file exchange service, respectively. Because the software Scour utilized supported video and images on its site, in addition to audio files, the company was developing what looked to be a better version of Napster, which was its main competitor at the time. Unfortunately, Scour had to file for bankruptcy in 2000 because of a lawsuit filed against the company by the Motion Picture Association of America, the Recording Industry Association of America, and the National Music Publishers Association. 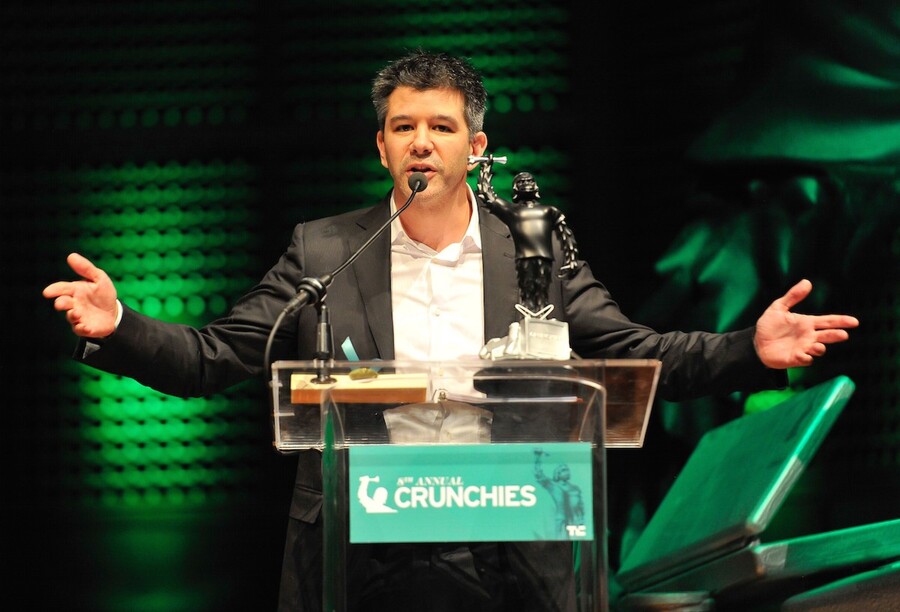 After Scour was forced to file for bankruptcy, Kalanick started a new company called Red Swoosh, which was another peer-to-peer file sharing software. The company was essentially an improved version of Scour Exchange, because as a result of increased bandwidth efficiency, the software allowed users to transfer larger media files, such as music and videos. The company was acquired by Akamai Technologies in 2007 for $19 million.

In 2009, Kalamick, along with the founder of StumbleUpon, Garrett Camp, founded Uber, which was initially called UberCab. That year, they received $200,000 in seed funding. The following year, the company went live in San Francisco, and Kalanick became CEO. In early 2011, Uber raised $11 million in Series A funding, before going live in New York City in May of 2011. In December 2011, the company raised $37 million in Series B funding, and in that same month, started international expansion by bringing the service to Paris, France. Uber launched in London in July 2012.

Most recently, investors have valued the company at $50 billion. When taking into account that industry experts estimate that Kalamick owns at least 12 percent of the company, Kalamick's net worth has jumped dramatically over the past couple of years. Not bad for a college dropout.