Stewart And Lynda Resnick Became One Of The Richest American Couples, Thanks To Pomegranate Juice

Lynda and Stewart Resnick own and run the Wonderful Company, which sells POM Wonderful juice, Halo brand mandarin oranges, Fiji water, almonds, and pistachios. It is estimated that almost half of all American households buy one of the Resnick's products. Even before the Wonderful Company, the Resnicks were busy entrepreneurs. Lynda and Stewart Resnick are one of the richest American couples, with a net worth of $5 billion.

Lynda Resnick grew up in Philadelphia in the 1940s. Her father, Jack Harris, was in show business, producing The Blob. Eventually, he moved the family to Beverly Hills. Lynda grew up wealthy and wanted to go to art school but her father wouldn't pay for it. She got a job in a dress shop and created ads for the store. By the time she was 24, she was heading up her own ad agency, had three kids, and was divorced.

Several years later, Lynda met Stewart Resnick. Stewart was the son of a Ukrainian bartender. He grew up in New Jersey, he worked his way through UCLA as a janitor and founded White Glove Building Maintenance. The business grew quickly and Resnick found himself with 1,000 employees and his first million before he graduated from law school in 1962. He met Lynda when she pitched his company to handle its advertising. They married in 1973. 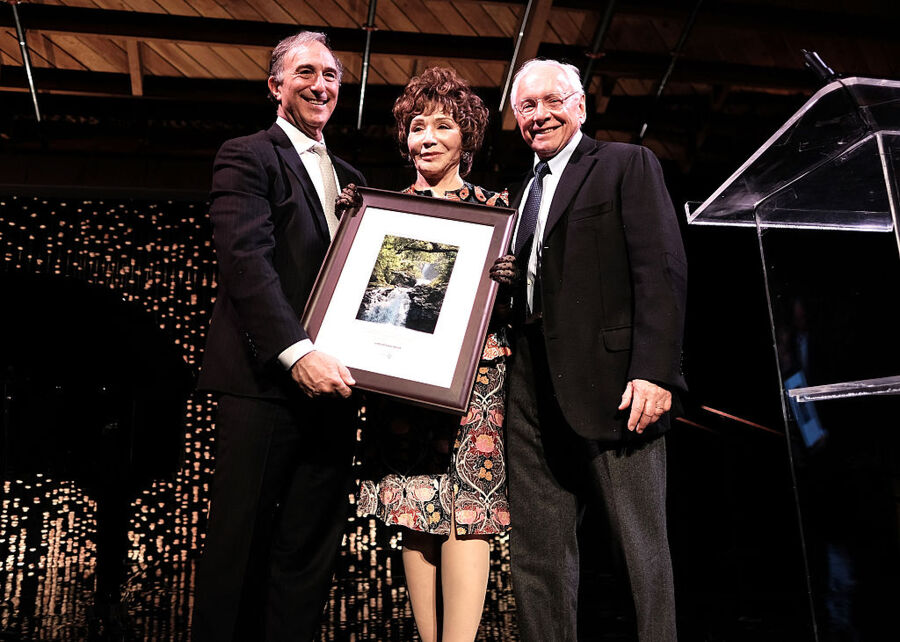 Their first big purchase together was Teleflora in 1979. Lynda came up with the "flower and a gift" concept that most florists use today. The flowers will die, but the vase and teddy bear won't. The Resnicks acquired Franklin Mint in 1985 and at the time, the company sold commemorative coins. Lynda introduced jewelry and dolls. She bought a fake pearl necklace that once belonged to Jackie Kennedy for $211,000, a move many people didn't understand. Lynda had the last laugh however, when she sold more than 130,000 knock offs of that necklace and grossed $26 million.

The Resnicks foray into fruits and nuts began in 1978 as a measure of offsetting inflation. They bought 2,500 acres of orange trees in Kern County, California. In 1988, they bought an insane number of acres of pistachio, almond, and citrus groves at bargain basement prices, due to the drought in California at the time and the amount of water those crops need to thrive. By 1996, the agricultural arm of their company was the largest producer and packager of almonds and pistachios in the world with $1.5 billion in sales. Today, the Resnicks own 130,000 acres of farmland that gross $4.8 billion.

Somewhere along the way, the Resnicks ended up with 100 acres of pomegranate orchards. After the family physician told Lynda about the fruit's role in folk medicine, she commissioned a study. The results found that there were more antioxidants in pomegranate juice than in red wine. The marketer in Lynda sprang into action and she created Pom and its distinctive bottles in 2001. Pom was an immediate success. By the end of 2002, Resnick was selling millions of dollars of Pom juice, which is still successful today.

Together, Lynda and Stewart Resnick had the ingredients for success and they've taken that to a $5 billion net worth.