You've probably heard about the recent sale of a Jeff Koons sculpture entitled Rabbit, which became the most expensive work of art by a living artist ever sold at auction when it sold for a total of approximately $91 million. You might have also heard that the buyer of the piece was one Robert Mnuchin, father of United States Secretary of the Treasury, Steven Mnuchin. But a point of clarification might be necessary: Mnuchin is an art dealer, and he carried out the purchase on behalf of billionaire art collector Steve Cohen.

Mnuchin's professional career began pretty far from the art world, at Goldman Sachs, where he got a job in 1957. He stayed on at the company for 33 years, eventually joining the firm's management in 1980. Ten years later, he retired, but in 1992, he broke into the art brokering business at C & M Arts, a gallery he formed, along with established art dealer James Corcoran. Since then, the gallery has seen its name change to L&M Arts when another dealer, Dominique Lévy, joined in the business. 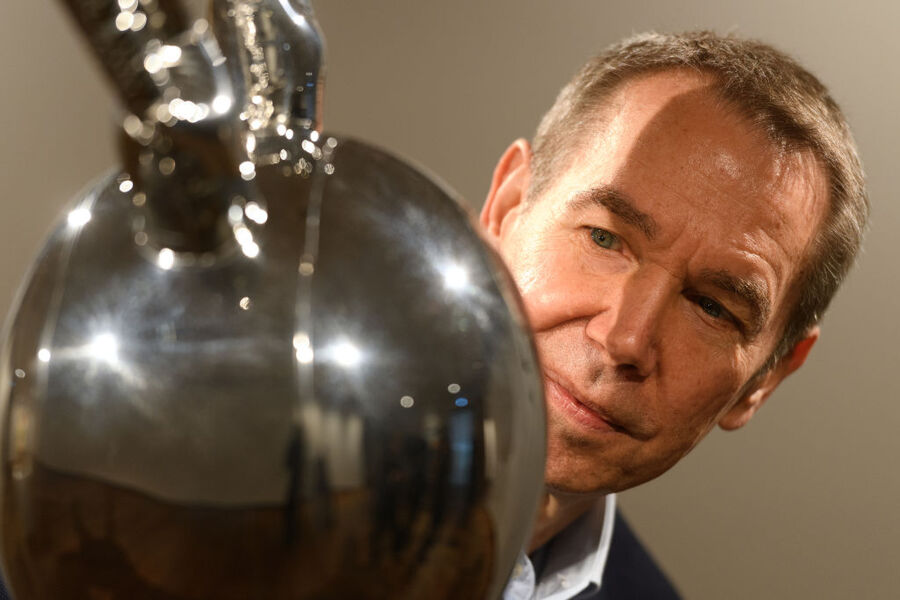 But, as we mentioned earlier, the actual owner of Rabbit got it through Mnuchin, acting as a broker on his behalf. And that owner, hedge fund manager Steven A. Cohen himself has plenty of experience in the art world, having amassed an incredible collection of art valued at at least $1 billion (and that was before his most recent acquisition!).

Cohen's art collection includes works by such famous artists as Andy Warhol, Pablo Picasso, and many more. And Rabbit is not even the first work by Jeff Koons to become part of that collection – he reportedly already owns one of the artist's famous Balloon Dog pieces, in yellow. How much he paid to acquire that sculpture hasn't been publicly stated but for comparison's sake, another version of Balloon Dog (this one in orange) sold for the princely sum of $58 million in 2013.