By Brian Warner on July 8, 2021 in Articles › Billionaire News

Former Microsoft executive and current LA Clippers owner Steve Ballmer has had a mixed emotions day today. Put another way, he received some good news… and some bad news.

The good news? Today Steve joined the $100 billionaire club for the first time.

The bad news? Today a publication put him on blast for taking advantage of an eye-popping tax loophole. 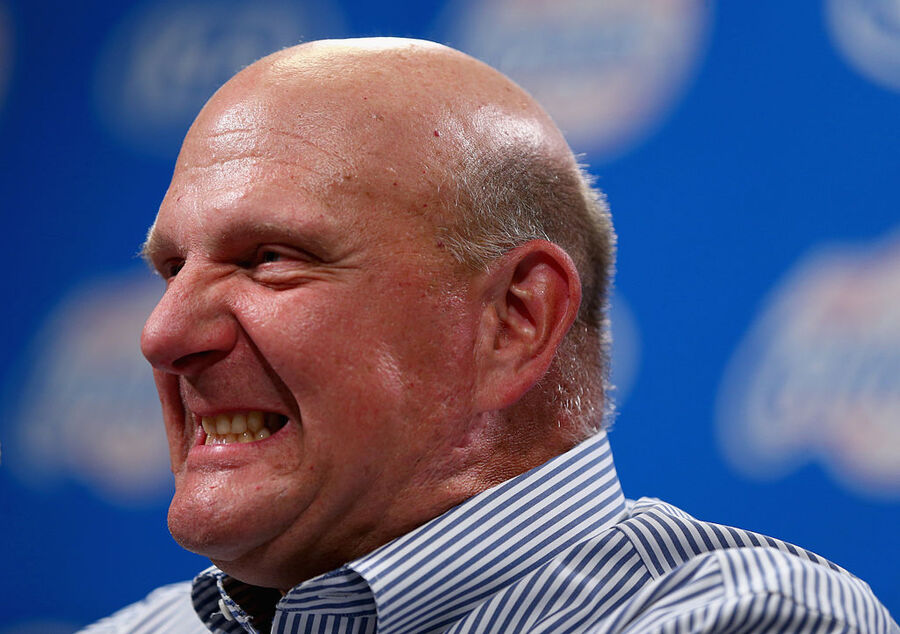 Let's start with the good news.

As I type this article, Steve Ballmer's $101 billion net worth makes him the ninth-richest person in the world. Here's the top 10:

The 10 Richest People in the World:

Please note that Larry Ellison is $1 billion away from also joining the centi-billionaire club. And when that happens, the 10 richest people on the planet will all have $100 billion+.

According to the company's latest proxy statements, Steve Ballmer owns 333.3 million shares of Microsoft. At today's price, those shares alone account for roughly $93 billion of Steve's fortune. Over the years he has sold several billion worth of shares and received several billion in dividends.

Steve joined Microsoft in 1980 at the urging of his college buddy Bill Gates. Six years later, in 1986, when the company went public, Steve's equity at the time gave him a net worth of $85 million.

Outside of his Microsoft shares, Steve owns a number of valuable assets, notable the Los Angeles Clippers NBA team. Steve bought the Clippers in 2014 for $2 billion. The seller was disgraced former owner Donald Sterling and Donald's ex-wife Shelly.

Speaking of the Clippers…

On a day that should have been a huge celebration, here comes ProPublica to rain all over Ballmer's parade!

Over the last few weeks ProPublica has been releasing some pretty scandalous articles breaking down exactly how the richest Americans use tax loopholes to avoid paying taxes. These billionaires are not doing anything illegal, they're just following the tax laws as they are written. BUT that doesn't make it any easier to digest when you read that Jeff Bezos took a $4,500 child tax credit a few years ago when he was worth $100 billion.

Today's exposé from ProPublica exposes a tax loophole related specifically to sports team ownership. And they use Steve Ballmer as their primary target to illustrate the egregiousness of the loophole.

Long story short, according to a quirk in American tax laws, someone can write off the entire purchase price of a sports team over the ensuing years of ownerhips… even as the team gains value in those years.

By writing off… or more technically "amortizing"… the purchase price, Ballmer was able to reduce his taxable income. This resulted in $140 million worth of savings for Ballmer over several years. Essentially a $140 million tax-free loan from the American public. If the billionaire dies without selling the team, the loan is forgiven. If they leave the team to their children, the amortization schedule resets anew. If he does sell the team while he's alive, he does have to pay the tax bill but he's been given an interest free loan potentially for decades. What would you do with an interest free loan of $100 million over 30 years? Just investing it in the S&P 500 would return on average 7% a year, so after 20 years you'd have $386 million.

Here's a good video explainer ProPublica released about their findings:

So there you have it!

A good news/bad news day for Steve Ballmer. A bad news day that I would take all day, every day 🙂