Steve Ballmer Started Out As An Assistant At Microsoft Making $50,000 A Year. Today He's Worth $120 Billion

By Amy Lamare on November 10, 2021 in Articles › Billionaire News

Aspiring billionaires could learn a lesson or two from Steve Ballmer's career. After a modest beginning, today Ballmer is one of the 10 richest people in the world.

Back when Ballmer was 24, he dropped out of the MBA program at Stanford to join a new company his Harvard classmate Bill Gates had just formed. That company was, of course, Microsoft. When Ballmer joined Microsoft he was Gates' assistant making just $50,000 a year. Naturally, his parents were concerned about his decision.

Ballmer had been an A student. He was the valedictorian of his high school class, a magna cum laude graduate of Harvard and an MBA student at Stanford. So his decision to abandon his MBA program after a year to join a computer company in 1980, at the very beginning of the personal computer revolution, was controversial. His parents didn't even know what software was or why anyone would need a computer in their home. He told them that if things didn't work out at Microsoft, he'd return to his MBA program. Needless to say, he never needed to complete his MBA. 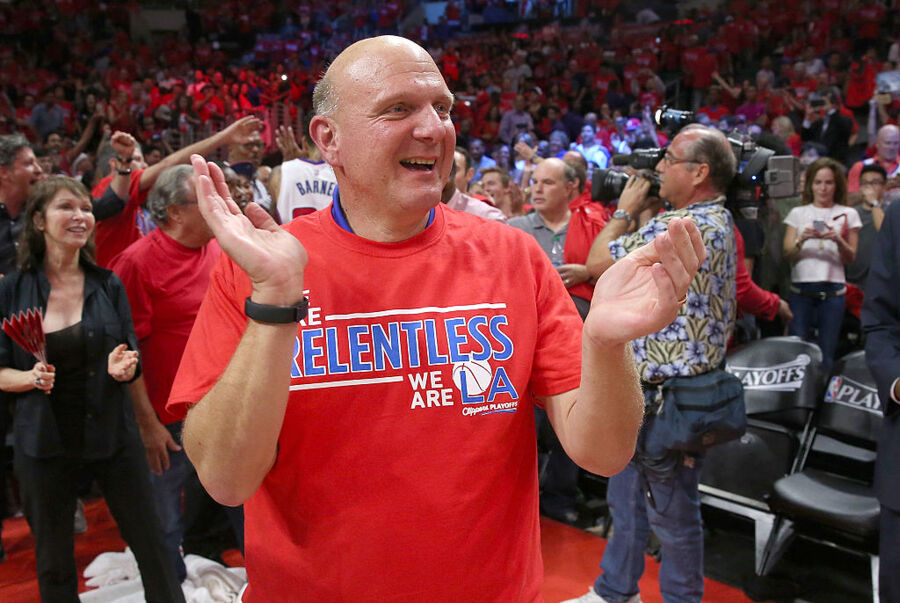 Ballmer started out as Gates' right-hand-man, making $50,000 a year. He set up accounting and human resources for the company.

Ballmer's biggest skill was knowing how how to manage Gates – who was famous for not delegating anything. When IBM approached Microsoft in 1980 seeking help in developing an operating system for its personal computers, Ballmer took the meeting with Gates and helped close the deal that would ultimately place Microsoft's software on every IBM computer sold.

Over the years, Ballmer was promoted and given successively fancier job titles until 1998, when Gates asked Ballmer to become Microsoft's president. Two years later, Ballmer was named CEO. He led Microsoft through the dot-com bust and the infamous anti-trust battle. He also launched the Xbox, purchased Skype, and got the company's $20 billion enterprise business up and running.

That's not to say he didn't make mistakes—he didn't jump on the smartphone trend – he actually famously scoffed at the iPhone. He then went out and acquired Nokia for $7 billion in 2013 – long after Apple and Google had dominated the market with iPhones and Android devices.

In 2014, after 34 years at Microsoft, Ballmer stepped down as CEO. By this time he owned around 4% of the company. As of this writing, thanks to that 4% stake and other investments, Steve Ballmer has a net worth of…

That's enough to make him eighth richest person on the planet.

Ballmer achieved another one of his life's dreams in 2014 when he bought the Los Angeles Clippers NBA team for $2 billion. It was the third team he'd attempted to acquire. He lost out on the Seattle Sonics in 2008 and the Sacramento Kings in 2012.

These days, you can find Ballmer on the sidelines of Clippers games with a huge smile on his face. Next up for Ballmer is creating a new home for his Los Angeles Clippers. He bought the Forum in 2020 for $400 million and has plans to build a new, more than $1 billion home for his NBA team.

All in all, not a bad outcome for a guy who started as an assistant making $50k!