By Amy Lamare on October 29, 2017 in Articles › Billionaire News

Email. It can be so convenient, right? It can also get you in a boatload of trouble especially when you're a high ranking or famous person and especially when your emails are hacked. That's what's going on right now in South Africa. A bunch of leaked emails are being called the "Gupta Leaks" and they have thrown a spotlight on Jacob Zuma, the President of South Africa, and the relationship he has with the billionaire Gupta family.

Jacob Zuma was has been President of South Africa since 2009. Zuma never got an education but he has been involved in politics since he was young. In 1963, a then 21-year-old Zuma was arrested. He was convicted of conspiring to overthrow South Africa's Apartheid government. He was sentenced to 10 years in prison. Once he got out of prison, he left South Africa for decades, returning in the early 90s once Apartheid had been banned and it was safe to return.

Zuma is not without controversy, even today. In 2005 he was fighting claims from a friend that he raped her. He was charged with the crime but later acquitted. Throughout the trial he maintained that the sex between the two was consensual. The woman who accused him was HIV positive and Zuma made statements about HIV/AIDS that caused outrage amongst citizens of South Africa. Around five million South Africans are living with HIV. 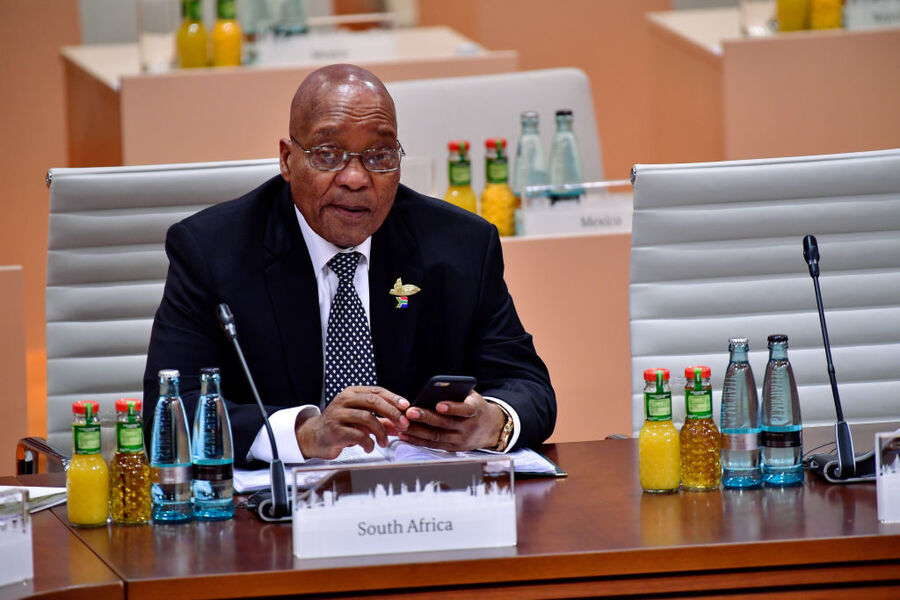 Zuma released a statement at the time in which he explained that he had unprotected sex with the woman and then showered to prevent infection by the HIV virus. This created a big scandal as everyone knows that showering will do nothing to prevent the spread of HIV. The public was confused. Was their president actively trying to change the long held policy that condom usage is essential to preventing the spread of the virus?  Nonetheless, Zuma won the favor of the public back in 2010 when he announced a new policy on AIDS that promoted the life saving drugs now available.

Zuma was also facing corruption charges in 2005 in regards to a 1999 deal over $5 billion in arms from the United States. These charges were dropped but then reinstated in 2016. Zuma has appealed these charges. Zuma is also facing allegations that he used taxpayers' money to renovate his home. In 2016 he was ordered to repay the government $611,000.

Zuma is a polygamist, in keeping with Zulu tradition. He has been married six times. He has four wives currently. He divorced his second wife in 1998. His third wife committed suicide in 2000. He has more than 20 children, not all from his wives.

So now we're up to date on Jacob Zuma. Recently a series of leaked emails have shed some light on his relationship with the billionaire Gupta family. It appears that Zuma has profited handsomely from his friendship with the Guptas.

The Gupta family are brothers who moved to South Africa in 1993 from India. They founded Sahara Computers, which has annual revenues of $22 million and employs 10,000 people. The brothers also have interests in energy, mining, airlines, media, and technology. They are widely believed to be billionaires.

The Gupta brothers met Zuma over a decade ago. They became known to the public after it was revealed that they were allowed to use a private air base normally reserved for heads of state and diplomatic delegations to land the family jet carrying guests for their niece's wedding. It is believed that Zuma pulled the strings to make this happen, which caused a scandal.

This isn't the only time the Guptas have been linked to Zuma. One of Jacob Zuma's wives has worked for a company owned by the Guptas. Zuma's daughter was a director at Sarah Computers. His son was also a director of one of the Gupta's companies. Both siblings have since resigned under pressure from the public. It is believed that making Zuma's son a director was a move by the Guptas to comply with a 2007 law that required a person of color to be in a director position. This was especially important if the company wanted to win government contracts. And the Gupta's very much wanted those government contracts.

That brings us to the leaked emails. The Gupta leaks are the biggest information leak in the history of South Africa. There are more than 100,000 emails describing the business dealings of the Gupta's, their associates, and government officials. The leak reveals that the Gupta family had a high level of control and influence in South African politics. The emails also confirmed the close relationship between President Zuma and the Gupta family.

The emails suggest a complex plan of government contracts and money laundering. The Gupta's and Zuma are accused of collusion–Zuma awarded the Gupta's government contracts at inflated prices. Zuma is also suspected of influencing the appointment of ministers to benefit the Gupta family's various businesses. Also, boards of state-owned companies were fired and replaced with people who were more Gupta friendly.

In the spring of 2016, a former Deputy Finance Minister said that someone in the Gupta family had offered him a promotion to minister in 2015 as well as $47 million if he was willing to bend to the Gupta's' wishes. He declined and was fired.

The emails exposed government interference by the Gupta's and laid bare a trail to Dubai. It is believed that Zuma's son's official role included laundering money through Dubai. The emails reveal how the Gupta family took money from a state funded rural development program and sent it to Dubai to go through a plethora of Gupta owned companies for laundering before it returned to South Africa.

The leaks also revealed that the Gupta's had bought a mansion in Dubai for Zuma.

The public is now calling for the resignation of President Zuma in light of all these allegations and leaks. Officially his term runs through 2019.