By Amy Lamare on September 19, 2020 in Articles › Billionaire News

What outrageous thing would you buy or do if you were a billionaire? A number of tech billionaires are enjoying the fruits of their labor and investing in, creating, or buying some truly unusual and at times bizarre things. And why not? When you're worth many tens or even hundreds of billions the sky is quite literally the limit – and even then, a number of billionaires are bound and determined to test the limits of the sky as well! Jeff Bezos and Elon Musk are pretty well known for their interest in outer space. Alongside Richard Branson and the late Paul Allen, they comprise the billionaire space club. Google's co-founders Sergey Brin and Larry Page are pretty interesting in flying things as well. Let's take a look at some of the unusual and sometimes downright bizarre things tech billionaires have bought.

Elon Musk spends a fair amount of time and money on various SpaceX projects, such as the first passenger trip to the moon in 2023. He's also acquired something a bit more unique – the submarine from the 1977 James Bond film "The Spy Who Loved Me." Which, if you think about it is pretty on-brand for Musk and his interest in vehicles. He bought the Lotus Esprit submarine car in 2013 for $92,000 at an auction. At the time, he told the website Jalopnik that he loved the scene in the movie where Bond drives the car off of the pier and it transforms into a submarine with the push of a button. When he acquired the car, he was disappointed it didn't actually transform. He plans to upgrade it and see if he can make it transform into a submarine for real – rather than through special effects – which also sounds just like Musk.

Larry Ellison owns 98% of the Hawaiian island of Lanai. He paid $300 million for the island in 2012. Ellison hopes to make Lanai "the first economically viable, 100% green community."

He built Lanai Farms, a $15 million greenhouse agricultural complex, which uses renewable energy to grow all manner of produce of higher quality and at lower prices than has ever been possible prior to Lanai Farms. The project could "transform agriculture" as we know it according to the Oracle founder. Ellison plans to start out growing tomatoes, lettuces, cucumbers, and a number of herbs using a process of automated hydroponic cultivation. 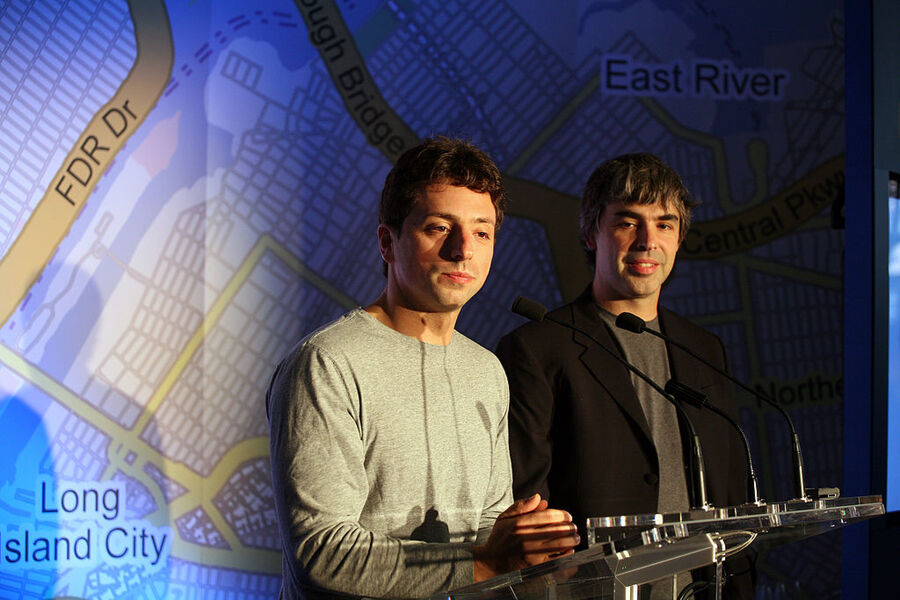 Brin, on the other hand, has spent between $100 million and $150 million on a 600-foot flying ship. He's building it in a NASA research center in Northern California. The airship would be the largest aircraft in the world. He plans to use it for humanitarian missions such as delivering food and goods to disaster areas. He also would use it to fly family and friends around.

Page and Brin also have a private plane, but not just any typical puny Gulfstream jet. They bought a Boeing 767-200, a former passenger plane, in 2005. They customized the interior with two bedrooms with adjacent bathrooms, a dining room, and a number of different seating areas. The modified plane can carry 50 passengers.

Jeff Bezos is a member of the billionaire space club and has his own space exploration company, called Blue Origin. But that's not nearly as interesting or unique as the fact that he funded an expedition in 2013 to find the remains of the Apollo 12 moon mission engine on the bottom of the Atlantic Ocean off Cape Canaveral, Florida. Robots went 14,000 feet down to the bottom of the ocean.

Bezos also spent $42 million on a mechanical clock that is set to keep the time for 10,000 years. It is 500 feet tall and is buried inside a mountain in Texas.