By Amy Lamare on August 8, 2019 in Articles › Billionaire News

Do you hear that people? That's the keening, wailing angst of thousands of members of $200+ a month gyms Equinox and Soul Cycle as they realize their membership fees are lining the pockets of a man throwing a $5,600 to $250,000 a plate fundraiser for Donald Trump. The message boards on the respective apps for Equinox and Soul Cycle are rife with members beseeching their exclusive enclaves to rethink the association with Trump. On Twitter, even celebrity members of Equinox and Soul Cycle are jumping into the fray asking them to disassociate themselves with Ross. People are canceling memberships, others are sitting in confusion wondering if canceling memberships on principle is worth having to go work out at (shudder) 24 Hour Fitness.

Left leaning members of the elite fitness clubs prompted a furious reaction on Wednesday when members found out the clubs' owner, billionaire Stephen Ross, was not just a major Trump supporter, but he is also throwing him a fundraiser at his Hamptons estate this Friday. The two fitness clubs were inundated with canceled memberships, according to Page Six and a review of my Facebook timeline. 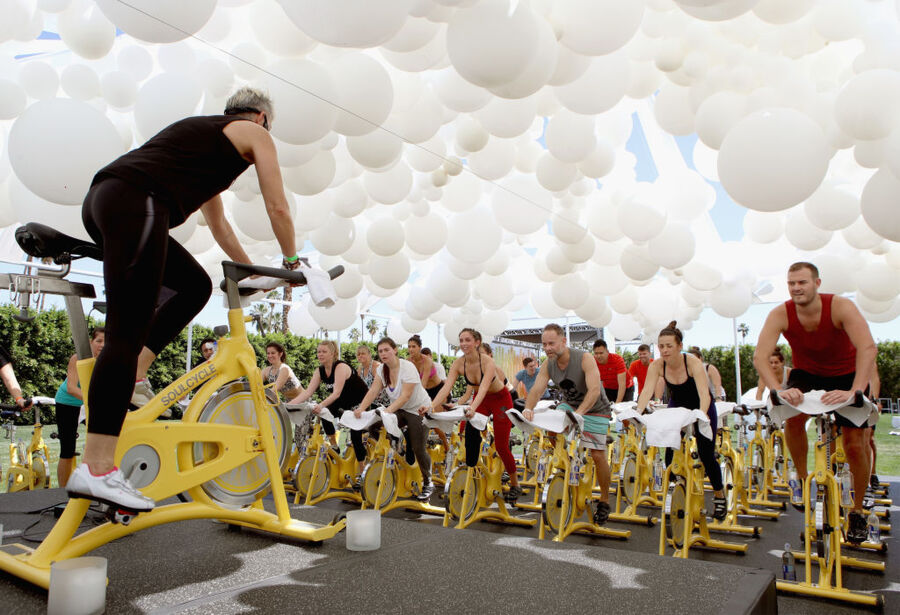 Stephen Ross is a tax attorney turned real estate developer who invested in affordable housing, then sold them to wealthy investors as tax shelters. His projects include the Time Warner Center and the $15 billion Hudson Yards project in Manhattan. He is chairman and majority owner of The Related Companies. Based in New York City, it is a global real estate development firm that Ross set up in 1972. He is the owner of the Miami Dolphins. He has a net worth of $7.6 billion.

People who buy the pricier tickets to Ross' fundraiser will get a lunch, photo opp, and a private round-table conversation with the president. And Soul Cycle and Equinox members are losing their damn minds. Now, it should be said that the customer base of these two very expensive and exclusive clubs are filled with the kind of big city dwelling members that are not usually members of Trump's base.

Equinox's recent "Life's a Ball" campaign celebrated Pride and honored the transgender community. Actor and activist Wilson Cruz went so far as to launch a Change.org campaign. In it he wrote: "We joined this gym because we believe it shared our values. We believed it was a safe space for people like us. There is no way that we as a community can continue to support this business if you are actively supporting an administration that puts us in danger and works towards treating us like second class citizens, and worse yet, subhuman."

Ross issued a statement saying: "I have known Donald Trump for 40 years…and while we agree on some issues, we strongly disagree on many others and I have never been bashful about expressing my opinions."

Equinox and SoulCycle released the same statement saying:  "Neither Equinox nor SoulCycle have anything to do with the event later this week and do not support it. As is consistent with our policies, no company profits are used to fund politicians. We are committed to all our members and communities we live in. We believe in tolerance and equality, and will always stay true to those values. Mr. Ross is a passive investor and is not involved in the management of either business."

Members of both clubs aren't buying the release from the gym, again, if my own Facebook timeline is any indication.

In fact, members are so incensed at Ross' association with Trump that they hacked his Wikipedia page and changed the bio to read:  "Stephen M. Ross (born May 10, 1940) is an American real estate developer, right wing person of very low intelligence, pretend philanthropist (because giving money to right wing causes does not count as charity) and sports team owner."

As of this writing, Ross' bio has been returned to its previous state.