It wasn't long ago that Snap Inc.'s IPO elevated the net worths of its founders Evan Spiegel and Bobby Murphy even farther into the stratosphere. After the IPO, we estimated that Spiegel and Murphy each had a net worth north of $5 billion. Well, that's no longer the case. Snap shares are down 30% since its IPO in March. That has shaved more than $4 billion off the combined net worths of Spiegel and Murphy.

Wall Street hasn't shown a ton of confidence in Snap's sustainability, and it is likely that the two Snap founders will lose a lot more money before the end of the year. The dust hasn't settled but it looks like Spiegel and Murphy's net worths are closer to what they were before the IPO. Both have around $3 billion or so remaining. 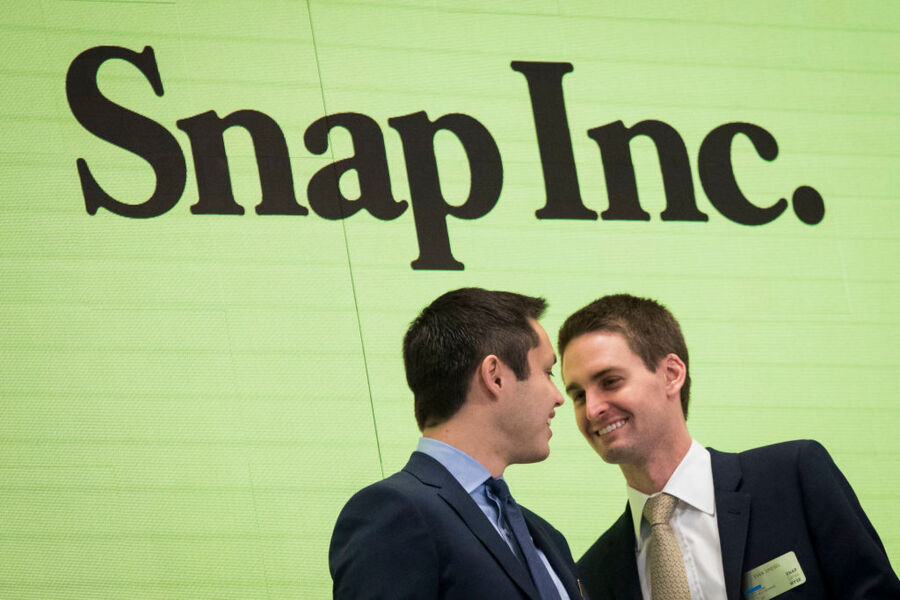 Analysts have reduced Snap's ratings from "outperform" to "market perform" as well. Part of the reason for this is that Snap is going to face stiff competition over the next five years for ad revenue. Additionally, Snap's efforts to monetize their product are taking longer to come to fruition than initially thought. Snap's IPO underwriter, Morgan Stanley, also cut it's rating of Snap from "overweight" to "equal weight" and set a share target price of $16.