By Amy Lamare on February 10, 2021 in Articles › Billionaire News

Branson founded Virgin Galactic in 2004 to be a space tourism firm that can take passengers on commercial suborbital flights. The firm just announced a new test flight for its SpaceShip Two this month. It is expected that the flight window will open on Saturday, February 13. The company plans to begin commercial space flights later this year out of New Mexico. As of this writing, 600 people have paid up to $245,000 to book a seat on a Virgin Galactic flight into space. 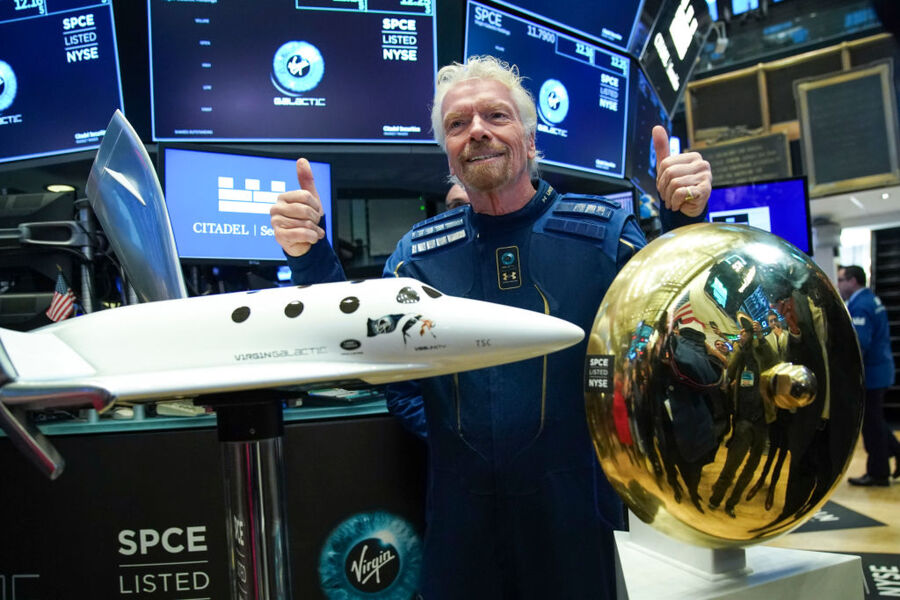 Virgin Galactic varies from other commercial spaceflight companies like SpaceX and Blue Origin because it sends its planes up without the need for a traditional rocket launch. The SpaceShip 2 is launched from a carrier plane called WhiteKnightTwo. The carrier plane takes SpaceShip 2 up and released it at high altitude of about 50,000 feet. Once released, SpaceShip2's engine ignites and it shoots upward. SpaceShip 2 then flies at about three-and-a-half times the speed of sound into suborbital space about 360,890 feet above the surface of the earth. NASA defines this area as beyond the edge of outer space.

After SpaceShip 2's motor has been running for about a minute, the pilots shut it down and passengers are able to unbuckle their seatbelts to experience the weightlessness of space. The pilots move the spaceship around to take advantage of the best views of Earth and raise the wings to its re-entry positioning. Gravity pulls the spaceship back towards Earth as the pilots and passengers return to their seats for re-entry to the Earth's atmosphere. When SpaceShip hits about 50,000 feet above the surface of Earth, the wings return to their normal configuration, allowing the spaceship to glide back to Earth for a smooth landing on a runway.

Richard Branson's Virgin Group controls over 400 companies. Branson was knighted in 2000 for his services to entrepreneurship which is why you may hear him referred to as Sir Richard Branson. He was chosen as one of the 100 Greatest Britons in a 2002 BBC poll. He has authored the books "Losing My Virginity: How I've Survived, Had Fun, and Made a Fortune Doing Business My Way," "Screw It, Let's Do It, Business Stripped Bare, Reach for the Skies: Ballooning, Birdmen and Blasting Into Space," "Screw Business as Usual, Like a Virgin: Secrets They Won't Teach You at Business School," and "The Virgin Way: How to Listen, Learn, Laugh and Lead."