Just over a week and a half ago, Christina Estrada was awarded a record cash settlement of $68.6 million in her divorce battle with her ex-husband, Sheikh Walid Juffali. It is thought to be the biggest payout in the history of England. Well, Estrada better mind her budget, because that cash is now likely to be delayed. Sheikh Walid Juffali has died in Zurich where he was receiving care for his terminal cancer.

The 61-year-old Sheikh has been in declining health for some time. In fact, the divorce settlement case was fast tracked by the courts due to his precarious health. Had the Sheikh died before the settlement case concluded, Estrada would have lost her three-year battle over her ex's fortune. That wasn't the case and the settlement is legally binding. The judge in the case ruled for the $68.6 million to be paid by 4pm on July 29th. That is likely to be delayed, as the Sheikh's estate is put in order. 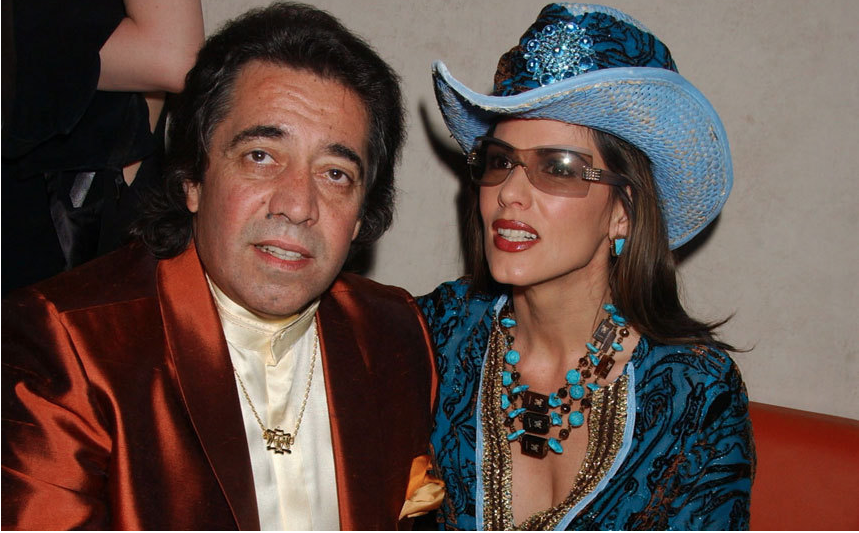 Estrada and the Sheikh were married for 13 years. Their marriage hit the rocks in 2012, when the then 57-year-old Sheikh married 25-year-old Lebanese model and TV presenter, Loujain Adada, while he was still married to Estrada and without Estrada's knowledge. While Saudi law allows up to four wives at a time, Estrada is an American from California and this did not sit well with her. The Sheikh then divorced Estrada under Islamic law without her knowledge.

Estrada had been seeking more than $354 million from her ex-husband. Her attorneys argued that this amount was a very small portion of the Sheikh's wealth and would still represent a significant downgrade in lifestyle for Estrada.

"I am Christina Estrada. I was a top, international model," she said during one of the case's hearings. "I have lived this life. This is what I am accustomed to. It is difficult to convey the extraordinary level of luxury and opulence we were fortunate enough to enjoy."

Estrada is reported to be devastated by the news of her ex-husband's death.