By Amy Lamare on February 10, 2020 in Articles › Billionaire News

Once upon a time, we heaped praise on Isabel dos Santos. She was a self-made female billionaire. She is a person of color. She comes from an African nation steeped in poverty. She has a net worth of $4 billion that she gained on the merits of hard work – or not. Some things have come to light that forced us to rethink our stance on Isabel. We knew she was the daughter of a controversial and corrupt president and nepotism surely played at least a small role in her success. But it turns out it was the reason for her success.

In mid-January, the Attorney General of Angola held a press conference to announce that Isabel dos Santos has been charged with embezzlement and money laundering. Additionally, EuroBic, a small, privately-held bank in Portugal, in which she was a significant shareholder, issued a statement saying that dos Santos' stake is being sold. She owned a 42.5% stake in the bank. The bank is severing its ties with her and any entity related to her. Her 42.5% stake is worth about $200 million.

Dos Santos is facing the music of her corrupt ways, now that the Luanda Leaks hit the media. The Luanda Leaks are a cache of about 700,000 documents detailing dos Santos' allegedly corrupt business practices. The Luanda Leaks expose two decades of unscrupulous deals that made dos Santos Africa's wealthiest woman and left oil- and diamond-rich Angola one of the poorest countries on Earth. 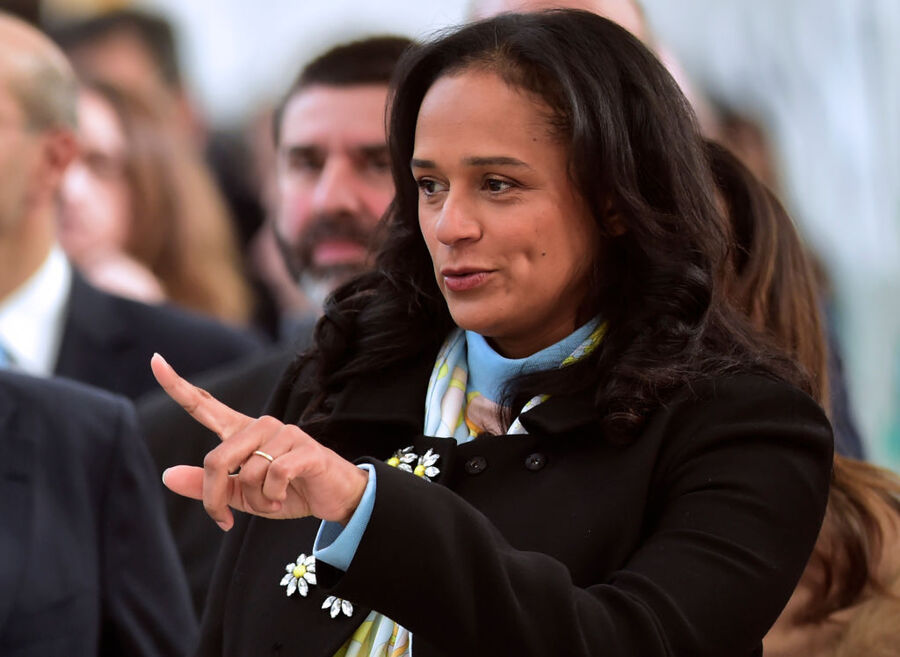 Isabel sits atop many of Angola's top industries – banking, diamonds, cement, and telecom. Isabel's representatives adamantly deny that her father had anything to do with her success. Isabel's defenders refer to her has a "brilliant investor" who started completely from scratch with no help at all. On the other hand, these claims proved difficult to defend after it was revealed that Jose Eduardo dos Santos personally transferred extremely valuable public assets directly to his daughter.

Let's be clear here, Jose Eduardo dos Santos is a really bad guy. During his nearly four decades as President of Angola, Jose executed thousands of his own people, including rival politicians, journalists, and activists. Jose isn't the only bad egg in the dos Santos family, either. Over the last 30 years, the dos Santos family has looted the country's most valuable natural resources, oil, and diamonds, for their own personal gain. While the average Angolan citizen lives on $2 a day, Jose and his family have literally stolen billion-dollar personal fortunes.

Isabel was appointed to head Sonangol, Angola's state oil company in 2016, while her father was still president. (He retired in 2017 after 38 years.) While Isabel was at the helm of Sonangol, she allegedly transferred $57 million in November 2017 from Sonangol's accounts to a bank account in Dubai for the company Matter Business Solutions. That company just so happens to be run by Paula Oliveira, a close friend of Isabel's. Oh, and the Sonangol bank account the money was transferred from was a EuroBic account.

It gets worse: Nuno Ribeiro da Cunha, an employee of EuroBic who managed the Sonangol account was found dead in Lisbon in January 2020. Authorities report that he likely committed suicide.

"The allegations which have been made against me over the last few days are extremely misleading and untrue. I am a private businesswoman who has spent 20 years building successful companies from the ground up," and that "I have always operated within the law and all my transactions have been approved by lawyers, bankers, auditors, and regulators."

In the late 1990s, telecommunications was transforming Angola. In 1999, President Dos Santos issued a decree that all telecom licenses must be a joint venture with the Angolan government. When the first foreign mobile phone company, Unitel, entered the Angolan market, the government retained the right to be the sole deciding power over the shareholders. Isabel was given a 25% stake in Unitel. Today there are just two mobile phone services in Angola. Unitel is Angola's largest privately held company. Isabel's 25% stake in Unitel is worth $1 billion. With the help of her father, Isabel Dos Santos continued to build and diversify her Angolan business interests. She owns a 25% stake in Banco Internacional de Credito, a partnership between the Dos Santos family and a Portuguese billionaire named Americo Amorim.

They say that diamonds are a girl's best friend, and for Isabel, that has certainly proved true. In 1999, Jose dos Santos forged a diamond selling partnership to tap into Angola's vast natural resources. Angola is the world's fourth-largest diamond producer. This new company was called Ascorp. To launch the company, President Dos Santos partnered with Russian arms dealers who were given 24.5% of the company, while the government kept 51% of Ascorp. Isabel Dos Santos wound up with the remaining 24.5%. The company yielded millions of dollars in dividends each month. Isabel transferred her shares to her mother in the mid-2000s when the "blood diamond" industry garnered international negative attention.

A huge part of Isabel's $4 billion fortune comes from oil, which is Angola's greatest natural asset. The state-owned oil firm, Sonangol, is insanely profitable and Isabel reportedly has a stake in the oil company through a Swiss company, Exem Holding. Isabel's shares are worth another $1 billion. While Dos Santos' involvement with Exem Holding cannot be verified, the trail of characters from her husband, to her BIC partner Americo Amorim points straight to her and Jose.

Isabel Dos Santos' investments pay out huge dividends, allowing her to buy even more assets in companies seemingly not related to the exploitation of Angolan properties. She owns a stake in a Portuguese oil company called GALP and a $500 million stake in Portuguese cable TV company, ZON Media.

Basically, dos Santos, her husband, and their associates built a business empire of more than 400 companies in 41 countries, including nearly 100 in secrecy jurisdictions like Malta, Mauritius, and Hong Kong. A secrecy jurisdiction provides facilities that enable people or entities to escape or undermine the laws, rules, and regulations of other jurisdictions elsewhere. Over the last 10 years, dos Santos' companies got consulting jobs, public works contracts, loans, and licenses worth billions of dollars from the Angolan government. Isabel and her husband used their network of shell companies to avoid scrutiny and invest in energy, real estate, and media businesses. In one deal, thousands of families were forcibly evicted from their homes in Luanda to make way for a redevelopment project from one of dos Santos' companies. Isabel also secured large stakes in a number of banks, which allowed them to finance their empire when other banks wanted nothing to do with her because of her ties to Angola.

In late December 2019, an Angolan court froze dos Santos' Angolan assets, believed to be worth hundreds of millions of dollars. Most of dos Santos' fortune lies outside of Angola, primarily in Portugal. On January 24, Efacec Power, a privately held Portuguese companies, issued a statement saying that Isabel plans to sell her stake in the company. The chairman of the board of Efacec, Mario Leite da Silva, a longtime associate of Isabel's, resigned. Jorge Brito Pereira, one of dos Santos' attorneys, also resigned from his position at Efacec.

Angola's attorney general is reportedly mulling over whether or not to ask Portuguese authorities to seize dos Santos' Portuguese assets.

Isabel has referred to the litigation against her as a witch hunt. Her husband, Sindika Dokolo told Radio France International that the Angolan government is wrongfully targeting him and his wife.

"They want to blame us for all the corruption and bankruptcy in Angola. We pay taxes in Europe, and we're Angola's biggest tax contributor. We've worked and invested a lot in this country, more than many others."

Isabel dos Santos is one of the most public examples of egregious nepotism, kleptocracy, and plundering walking the planet today. As much as she would like the world to believe in her brilliant eye for investing, the truth is 100% of her fortune is ill-gotten and downright wrong.