A month ago, most people had probably never heard the name "Nicole Shanahan." In retrospect, that's somewhat impressive considering Nicole spent roughly four years married to one of the richest and most powerful people on the planet, Google co-founder Sergey Brin. As of this writing, Sergey's $96 billion net worth makes him the world's sixth richest person.

Thanks to a series of recent stories, Nicole Shanahan is becoming a bit more of a household name. 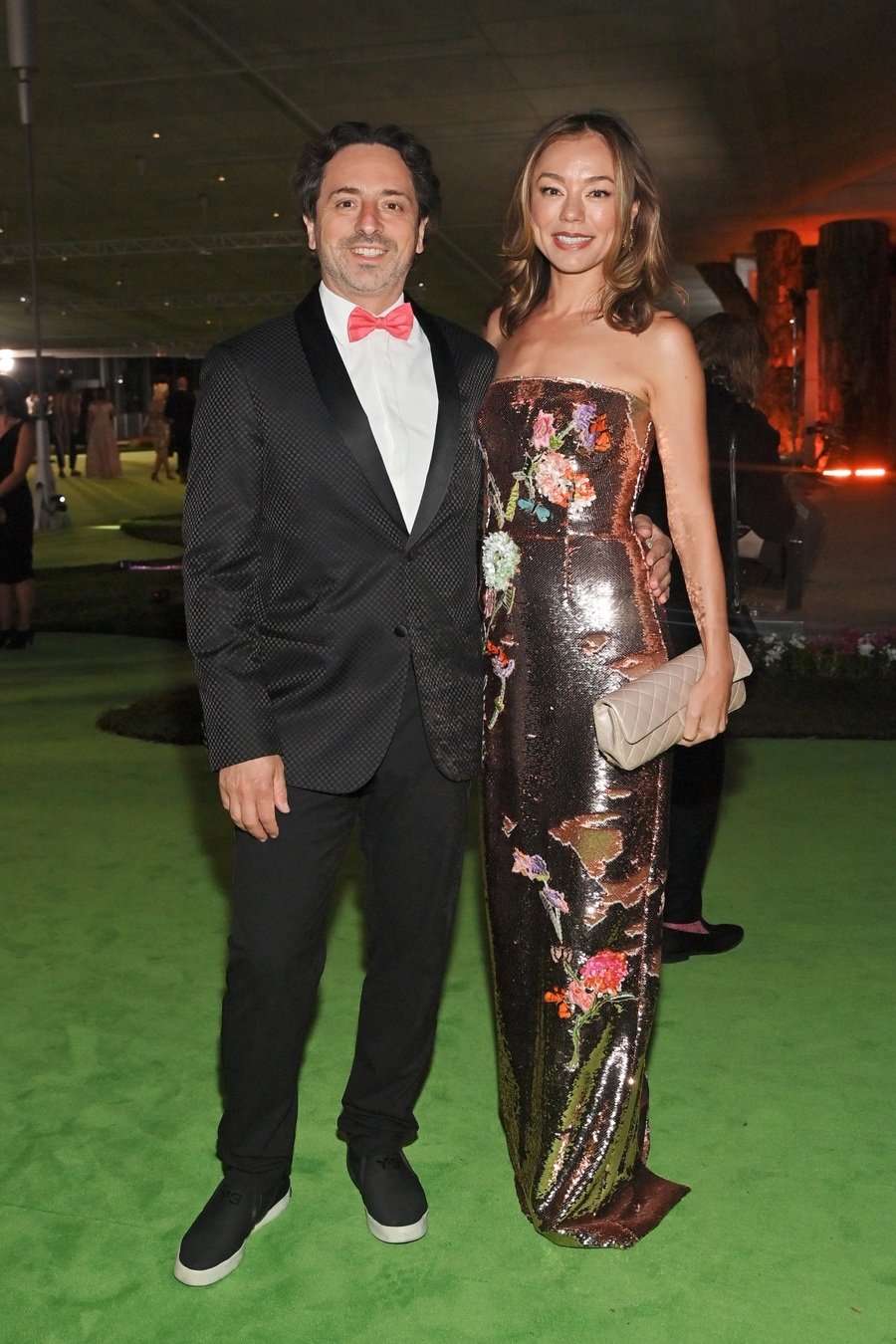 [The photo above of Sergey and Nicole was taken on September 25, 2021]

Nicole and Sergey have been together since 2015. They married in 2018 and have one child together.

By our count, on the day Nicole and Sergey married in 2015 his net worth was $55 billion. Today Sergey Brin's net worth is $96 billion.

At the beginning of July, word leaked that Sergey had filed for divorce from Nicole. Sergey actually filed for divorce in January, but as the case made its way through the Santa Clara, California, court system, a status update in early July made the filing public knowledge. In that filing Sergey listed his official date of separation from Nicole as December 15, 2021.

On Sunday, July 25, the world learned the alleged reason Sergey filed for divorce:

In case you missed the news, which exploded on Sunday, here's summary:

According to a source who apparently dished the dirt to the Wall Street Journal, Sergey filed for divorce in January after finding out that Nicole and Elon had an alleged affair one month prior.

According to the source, Elon and Nicole allegedly  had a fling during Art Basel in early December 2021. Art Basel took place from December 1st through 3rd, 2021. We snooped through Elon's private jet flight records and sure enough, on the afternoon of December 1st he flew from Austin to Miami. He landed at around 9:45 local time.

Elon's jet left Miami for a return trip to Texas at 1:45 am that same night (technically the early morning hours of Dec 2). Elon was in Miami for a total of four hours. When you subtract ground transportation to and from Miami wherever the fling occurred, we're talking about 3 hours on the ground to allegedly have an affair.

To make matters worse, Sergey and Elon have been close friends for decades. During separations from previous relationships Elon has bunked at Sergey's house for weeks at a time. Sergey was one of Elon's very first investors in Tesla. Sergey and Google saved Elon's skin with a strategic investment in 2008 at the height of the financial crisis when the car company was circling the drain.

They are both brilliant immigrants who made enormous fortunes starting in Silicon Valley.

Elon came out swinging on Monday, denying the affair occurred. He even sent a photo of him and Sergey at an event to the NY Post that apparently was taken over the weekend. Nicole has also denied the affair through a lawyer.