By Joseph Gibson on November 30, 2015 in Articles › Billionaire News

In the kind of story that might make an American journalist weep with envy, both a leading Brazilian senator and the CEO of the region's biggest independent investment bank were arrested earlier this week on charges of corruption. It's all part of a massive graft and corruption investigation being carried out by Brazilian authorities and focused on Petrobras, a state-run oil company in Brazil.

André Esteves, pictured below, is the billionaire CEO of BTG Pactual, who was arrested in his Rio de Janeiro home. Delcídio do Amaral is a "ruling senator" in the Brazilian Workers' party and head of the senate's economic affairs committee, where he has of late been receiving alleged corporate kickbacks while simultaneously working to impose harsh economic austerity measures in Brazil. His arrest represents the first time a sitting Brazilian senator has been the subject of such an action, and it's not every day that you see the CEO of a massive company – who is worth more than $4 billion – put under arrest, either. 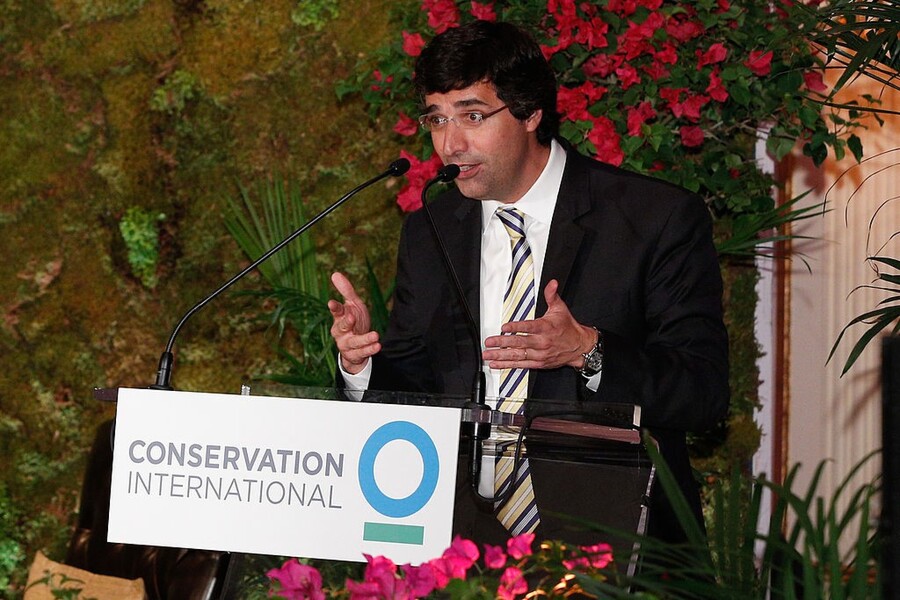 So it's no surprise that the ongoing graft investigation has had a major effect on Brazil's economy. For example, on Wednesday when these two high-profile arrests took place, Brazilian currency lost more than two percent of its value, and a spokesperson for the Central Bank of Brazil said that the possibility of additional regulatory action was being monitored. BTG Pactual itself, also according to the statement, is in solid financial standing even after its CEO's arrest and can continue to conduct business as usual, at least for now.

The Brazilian Congress isn't quite so resilient, though, suspending all operations so senators can decide how to respond to the arrest of a leading member of their ranks – a significant action, since under Brazilian law, the senate has the power to reject the supreme court's arrest of a senator should they so choose, but if the evidence against Amaral is too compelling for his senate buddies, he might be in jail for a while (his arrest has no time limit, unlike the five-day arrest Esteves is under, with an option for another five-day extension).

That evidence, which was enough to convince a supreme court judge to call for Amaral's arrest, involves the senator's arranging of a flight from Brazil by Nestor Cerveró, the former international director of Petrobras who is now serving his own corruption prison sentence of 12 years. The corruption charges also include evidence of a monthly payout to Cerveró's family offered by Amaral and paid for by Esteves. The bottom line is that it's not a great time to be getting kickbacks in Brazil, even if you're a senator, and it's not a great time to be the one initiating the kickbacks, even if you're a billionaire.